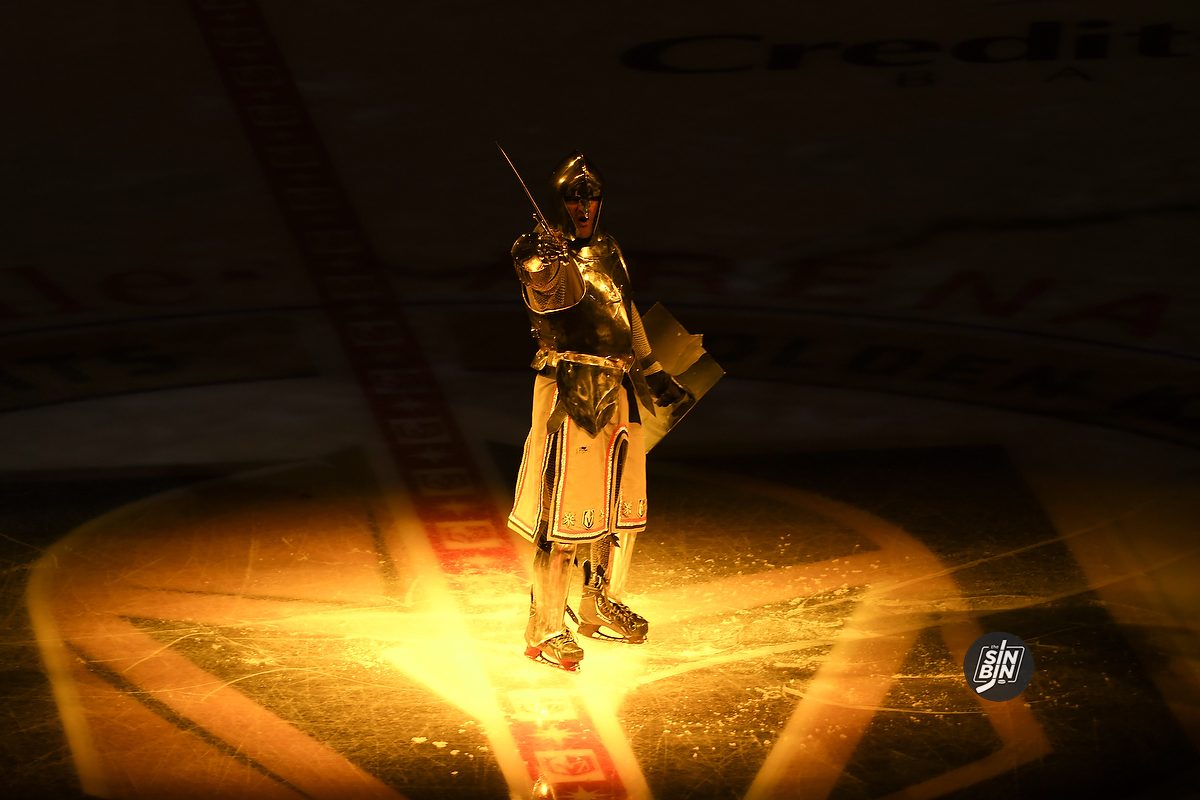 This is a cautionary tale. It is meant to serve as a reminder that nothing is guaranteed in the NHL, and to show that even one of the best teams of this decade is susceptible to a season just like the Golden Knights are experiencing right now. Unfortunately, this tale’s happy ending came three seasons after the year we’re going to discuss in this article.

The team under the microscope is the 2016-17 Tampa Bay Lightning.

Just one year prior the Bolts had reached the Conference Finals where they were dispatched in seven games by the eventual Stanley Cup champion Pittsburgh Penguins. The year before, Tampa played in the Cup Final where they were outclassed by the Chicago Blackhawks.

Coming into 16-17, expectations were high, very high. Tampa was the third favorite to win the Cup in the betting odds and were expected to eclipse 100 points with ease.

The season began well as the Lightning ripped off five wins in their first six games and racked up a 12-7-1 record over their first 20 games. They were sitting in 2nd place in the division and cruising along just like years prior.

Then, the injury bug hit.

Within a 10 game span. Captain Steven Stamkos was lost for four months with a knee injury, stallwart defenseman Anton Stralman went down with an upper-body injury, and Ryan Callahan was lost with a lower body injury.

Over the next few months, Tampa saw Brian Boyle, Jason Garrison, Nikita Kucherov, Ondrej Palat, Cedric Paquette, Vlad Namestnikov, and Ben Bishop all miss games. By the end of the year, no team lost more money from the salary cap to injuries on the season than the Lightning.

As they soldiered on, their play suffered. Tampa went a miserable 10-18-5 during the meat of the season which had them within one point of dead last in the Eastern Conference standings on February 1st.

Following the season, Tampa Bay radio announcer Dave Mishkin chronicled the year in an extended article on the team’s website. Here are a few snippets.

Team defense, an area of strength in recent years for the Lightning, was looser. –Mishkin, TBL radio announcer

In past years, the Lightning had been able to overcome injuries to key players. So the Lightning felt that their past experiences playing without their captain would help them survive. And for a week after the injury, the Lightning played pretty well without Stamkos. But the wheels were about to come off. –Mishkin, TBL radio announcer

The foundation cracks that had been noticeable early in the year were still there. And the Blue Jackets exposed them. The Lightning weren’t playing as a tight, cohesive unit. Nor were they playing with an edge. And they were missing the leadership, both on and off the ice, of Steven Stamkos and Ryan Callahan. –Mishkin, TBL radio announcer

It all sounds so familiar, right?

That Lightning team charged to the finish line ripping off 20 wins, and 44 points in their final 30 games. But it wasn’t enough.

They’d finish just two points out of the playoffs and the countless number of “if they make it, they’re going to be dangerous” quotes in the media went out with a whimper.

The arc of that season for the Lightning doesn’t exactly mirror what the Golden Knights are going through, but there are enough similarities to conjure up concerns of what’s possible for the 2021-22 Golden Knights.

Since January 1st, 2022, Vegas is 10-10-4 with just three wins over teams currently sitting in playoff position. The Golden Knights have scored 61 goals in those 24 games for an average of 2.54 per night, which is good for 28th in the league in during that span, better than only Seattle, San Jose, Philadelphia, and Ottawa.

Like that Lightning team, the Golden Knights are looser defensively, they are missing the leadership of their captain and key defenseman Alec Martinez, and the cracks that showed up during their 1-4-0 start to the season and rearing their ugly head as the season ramps up.

Right now, Vegas still sit comfortably in a playoff position, thanks in large part to the being in the worst division in the league. But the path they’ve been on for the last two months, playing at a point per game pace, gives plenty of reason for consternation moving forward.

The 2016-17 Lightning had as good a shot as anyone to win the Cup had they just reached the playoffs. Assuming health, the same can be said about the Golden Knights. Those Bolts couldn’t clear the hurdle and thus never got the chance, the same will be true for these Golden Knights if they don’t pick up their play soon.