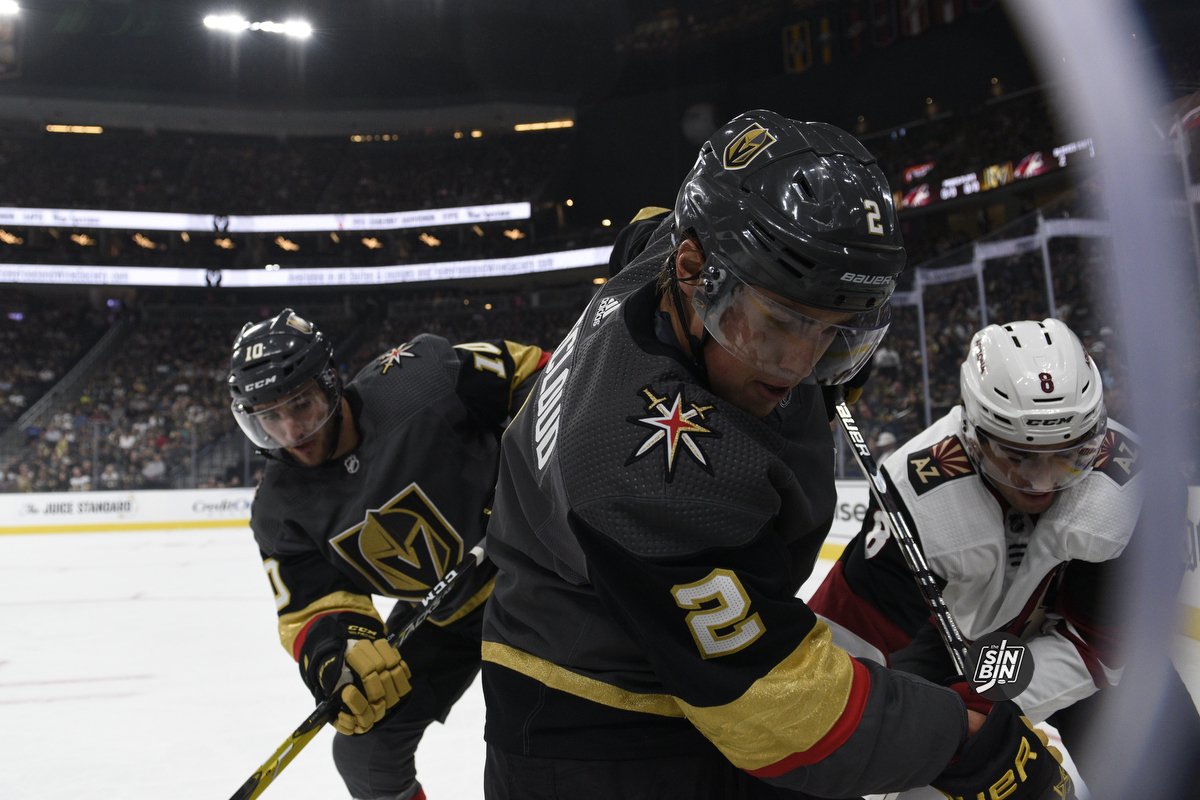 Heading into season three one of the biggest storylines for the Golden Knights was figuring out which young defenseman was going to grab the open role and make an impact in 2019-20.

In camp, Nic Hague, Zach Whitecloud, and Dylan Coghlan raced to the top of the list making the decision a tough one on the front office and then coach Gerard Gallant. But an injury to Whitecloud and the need for a guy to play the left side helped allow Hague the first shot.

It took him a bit to get his feet wet and his offensive game never quite took hold, but he certainly held his own before the coaching change. Then, when Gallant was ousted and DeBoer came in, the switch was quickly made form Hague to Whitecloud. A few games and a pandemic later, and the Golden Knights had not only found the best of their five near-NHL-ready defensive prospects but they found themselves a player that appears to ready for a long career as a stalwart on the Golden Knights blue line.

I love the fact that we’ve had a young guy like Zach Whitecloud come in and we couldn’t give him enough. He never faltered, he never failed, he met every challenge, he’s established himself as a really good NHL defenseman so I think that’s really encouraging. -Kelly McCrimmon

Of course, Whitecloud’s season ended regrettably, but he was one of the most consistent defensemen for Vegas during the entire playoff run. His most impressive step forward was on the penalty kill where he literally became the Golden Knights’ top option.

Whitecloud led the Golden Knights with 66:05 of PK time in the playoffs, four minutes more than Brayden McNabb and 25 more than Alec Martinez, helping Vegas kill at an impressive 86%, the best of any team advancing beyond the first round of the playoffs.

Whitecloud also upped his offensive game, with two goals, an assist, and 20 shots over his 20 playoff games. Plus, there were many times in which he would properly activate off the blue line to extend an offensive shift or create a dangerous chance himself.

His elevation to full-time player gives the Golden Knights a huge advantage on the blue line they have not had before. In each of the first two seasons, the defense was littered with players making north of $2 million and even a few pushing upwards of $5 million. Whitecloud is locked in at under $1 million for each of the next two seasons allowing the Golden Knights flexibility.

Also, being right-handed, Whitecloud currently stands as Vegas’ only full-time righty d-man which means he can literally be paired with anyone else on the current roster.

A lot from the 2019-20 season will go down as a disappointment, but if there’s one thing that Vegas can take out of it moving forward, it’s that they discovered Zach Whitecloud’s ability at the NHL level. A luxury they’ll lean on a ton as they toss and turn the roster trying to get better in the era of the flat salary cap.