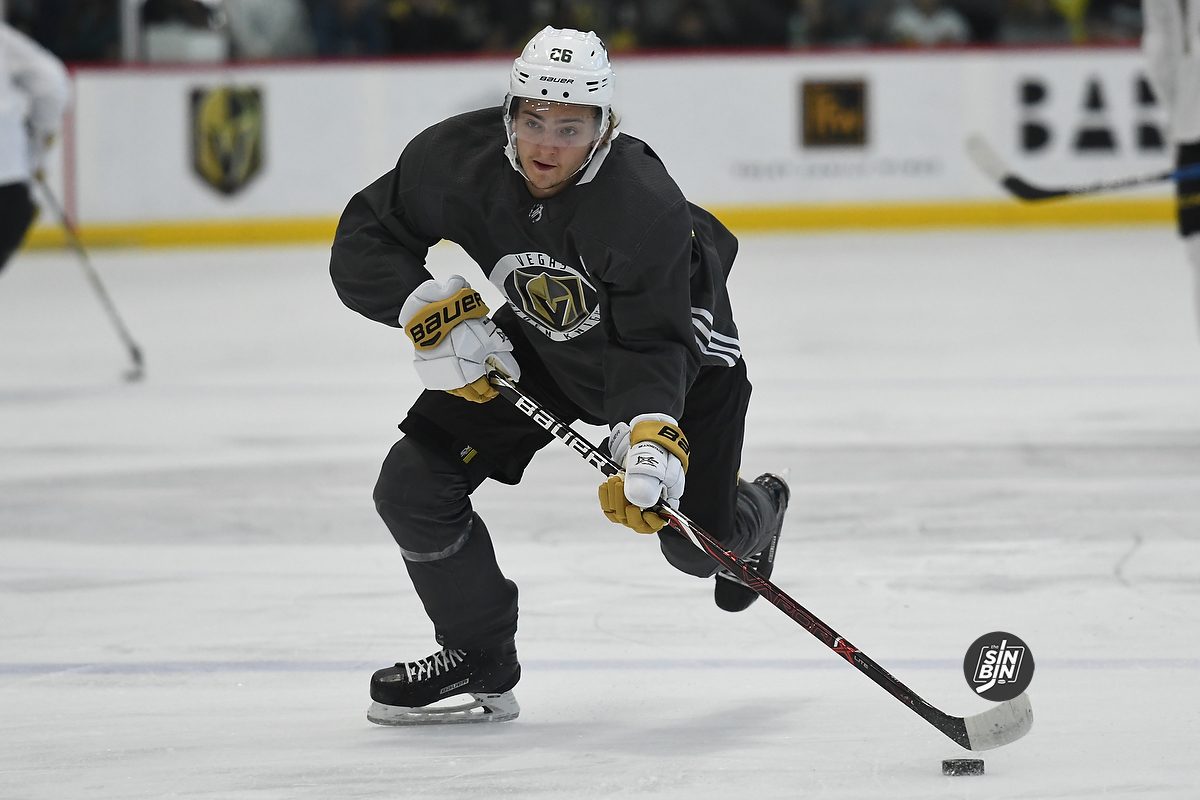 In the middle of every difficulty lies opportunity. -Albert Einstein

Yep, started an article with an Einstein quote, deal with it. But seriously, that quote could not be more perfect for Erik Brannstrom, Zach Whitecloud, and Nic Hague.

Prior to the suspension of Nate Schmidt, the Golden Knights appeared to have a bit of a logjam of defensemen which was going to make it nearly impossible for a waiver exempt player to win a job out of the training camp. However, with Schmidt out 20 games, and the potential of Shea Theodore missing games due to contract negotiations, all of a sudden at least one spot appears to be wide open for one of the Golden Knights young blueliners.

Whitecloud is the obvious leading candidate to claim that roster spot being the eldest of the trio and having spent over three months with the team during the playoff run a year ago. Whitecloud is also a physically mature 21-year-old who plays a fairly responsible defensive game suitable to fit into an NHL roster.

The question will come down to usage. In order to make it worthwhile for any of these three players to be on the NHL roster, they’ll have to prove they should be in the lineup, not just on the team. There’s no sense in putting a waiver-exempt player in the press box when he could be developing in the AHL.

Unlike the scenario Alex Tuch and Shea Theodore found themselves in last year, where despite clearly being among the top 23 players on the team they were not given spots on the NHL roster, Whitecloud, Brannstrom, and Hague (and you can throw in Coghlan, Bischoff, and Oligny if you please) simply have to prove they’re good enough to play in the NHL and they’ll be on the roster.

It’s a tall task, no doubt, but this year is a lot different than last year… at least for the defenseman. Sorry, Cody Glass, Nick Suzuki, Lucas Elvenes, and Tomas Hyka the forward spots are almost certainly not going to anyone with waiver-exempt status.