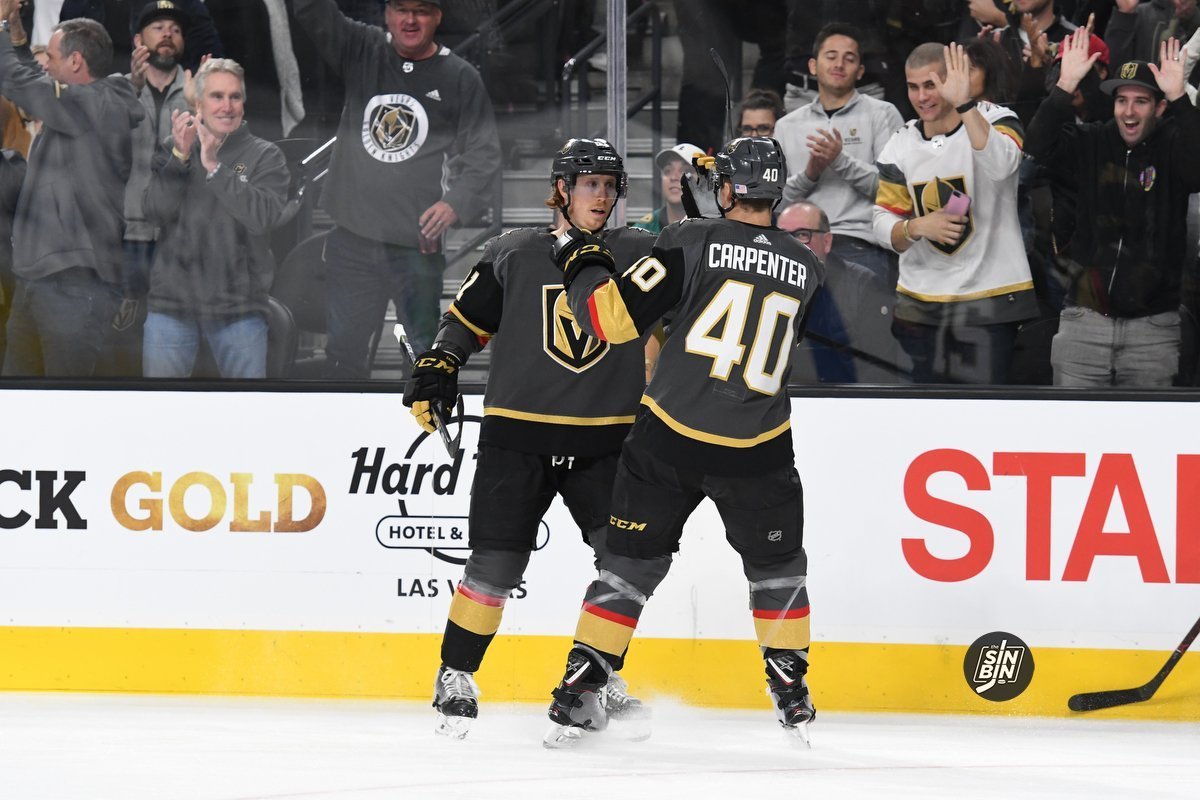 The Golden Knights top six has returned to normalcy for the first time in a long time, maybe ever, with Gerard Gallant’s decision to put Reilly Smith back on the line with Jonathan Marchessault and William Karlsson.

There’s no debating it, a top six of Karlsson, Marchessault, Smith, Alex Tuch, Max Pacioretty, and Paul Stastny is as good as the Golden Knights can do. And, if you compare it against other top sixes in the NHL, it’s right there with the best of them.

The return of William Carrier appears to have re-stabilized the fourth line as well. Again, one of the best in the NHL.

But, this lineup leaves a void. It leaves a line with Cody Eakin as the center and a revolving door of Tomas Nosek, Valentin Zykov, Ryan Carpenter, Oscar Lindberg, and Brandon Pirri on his wings. Let’s just be frank for a second, there’s not a combination of three guys that make a legitimately dangerous line.

So with the trade deadline a mere 14 days away, it begs the question, how much should George McPhee be willing to give up to fix it?

However, I’m here to pose a different question. Can it actually be fixed without breaking up the top six?

Again, if you fit one in like I did above with Panarin, sure, but realistically, it probably takes two to fix the third line without touching the top six. Stone, Eakin, and Simmonds? We can live with that. Hayes, Eakin, and Ferland? Yep, that’ll do. But without getting multiple players, the complementary pieces the Golden Knights have will make it difficult for Gallant to create a balanced, dangerous, complete line. When you consider how long it takes new players to assimilate to the VGK system and the fact that the sheer number of options paired with the limited number of games before they really count, it’s an incredibly tall task.

So it brings me back to the original question, how much should McPhee be willing to give up to bring in third line help?

Before we even consider what the price would be for a high-end scorer that could help, we have to go in with the understanding that a radical change in the makeup of the lineup will be necessary to make anyone fit.

Now, I’m not going to sit here and argue what’s the right or wrong thing to do, because making a move might be at this point. There are some underlying issues with this team (record against good opponents, even strength goals, power play efficiency, road struggles) that indicate they may not be good enough as currently constructed to repeat as Western Conference Champions. And, without adding a scorer, there’s probably no way to make the third line go with the current pieces, and that’s even if you are willing to break up the top six.

But, health has been an issue for most of the year, and as the team has started to return to what it is supposed to be, they look a lot better, and an added layer of consistency can be expected. There’s also the Erik Haula mystery which the organization has a much clearer picture on than we do. With Haula back in the fold the options look much more plentiful.

McPhee has 14 days and six games to evaluate his team and make a very difficult decision. Do the Golden Knights have enough scoring to get the job done against the NHL’s elites and if they don’t is he willing to give up assets and make a major change to his lineup with just over a month left in the season, throwing caution to the wind, to try and fix it?

It’s an interesting dilemma, and one I for one am glad I don’t have to make the decision on what to do. My job is much easier, to criticize when the wrong choice is made. Just keep it in mind over the next two weeks as you watch games and read trade rumors. Adding a piece means a lot more than just adding a piece.

A Weird Night… And A Blown Opportunity