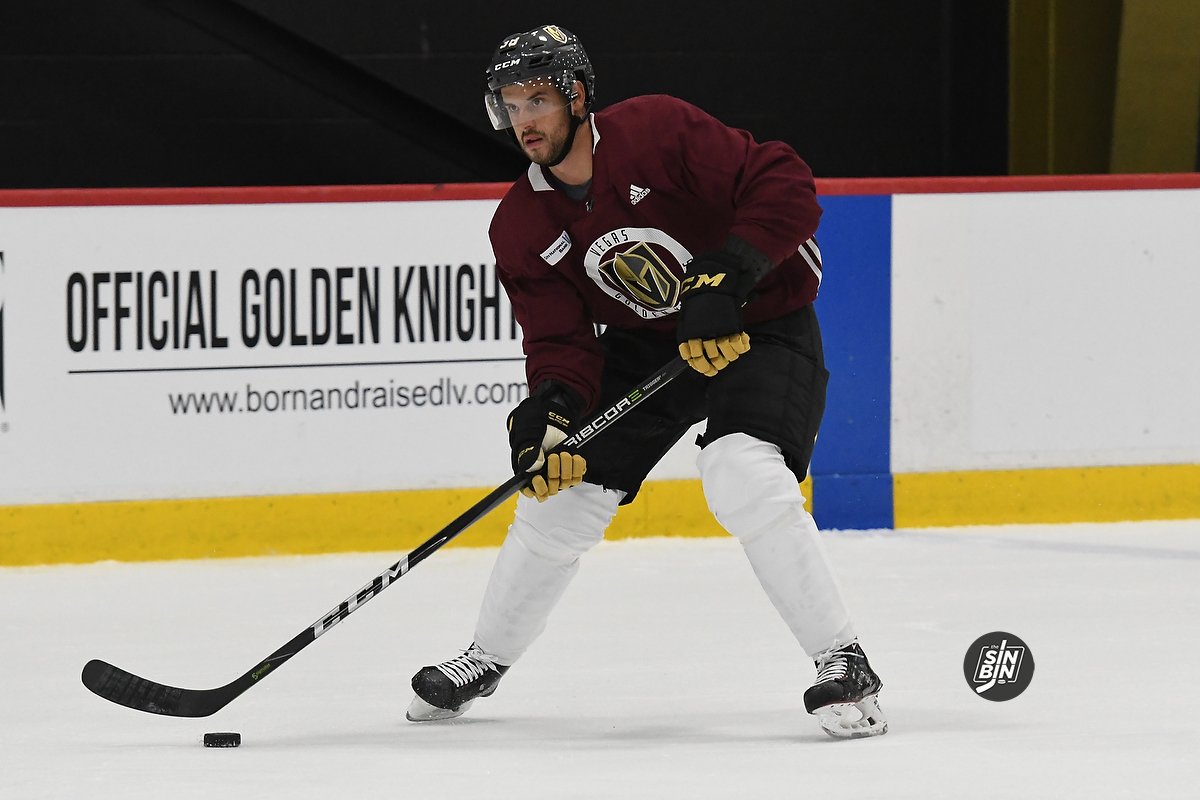 Tomas Hyka is one of the many Wolves to watch in the Calder Cup Semi-Final. (Photo Credit: SinBin.vegas Photographer Brandon Andreasen)

Tomorrow night the Golden Knights AHL affiliate, the Chicago Wolves, will play in the Western Conference Finals of the Calder Cup Playoffs. Obviously, winning a championship is always good, no matter what level it’s at, but just how well does winning the Calder Cup translate to future success for their NHL parent club? The answer is… not so well.

Here is what the last 10 Calder Cup Champions have seen their parent club do over the next three seasons.

And the same table with Calder Cup Final runners-up.

So, over the past 10 years, only one team that has participated in the Calder Cup Final have seen their parent club win a Stanley Cup within three years of their AHL playoff run.

To make matters worse, you can extend it out to six years from the time the AHL team makes the Calder Cup Final, and there’s still only one team in the previous 10 years to lift Lord Stanley’s Cup.

That being said, of the 55 seasons listed in the tables, only 18 teams missed the playoffs.

All in all though, the next couple of weeks of hockey for the Chicago Wolves aren’t exactly about winning for the Golden Knights perspective.

This does not mean the games are not important and/or interesting to watch. Individual players who stand out in the Calder Cup Playoffs often go on to have success in the NHL. Here’s a list of a the last 10 Calder Cup Playoff MVP’s.

For the Wolves, the most likely candidates to claim that award, should they continue playing well and Chicago keep winning, are Curtis McKenzie (5g/3a/8p), Tye McGinn (3g/5a/8p), or Tomas Hyka (2g/6a/8p). However, AHL rookies Cody Glass, Nic Hague, and Zach Whitecloud have all been impressive through the first two rounds and certainly would be in the mix.

The key part in these games is getting a feel for how these players deal with pressure. Who rises to the occasion with a little pressure on their shoulders and who crumbles? How do they deal with the physicality of a playoff system? And hopefully, we get to see how can they handle extended games and series.

In the end though, it’s still minor league hockey, which means it’s all about development. Sure, winning would be nice, but when the Calder Cup Playoffs are over, the experience gained is much more valuable than the number of tallies in the W column.

There is one position that seems to fare pretty well when they win the Calder Cup, and that’s the head coach. Four of the past seven Calder Cup winning coaches have gone on to become NHL head coaches, and the last two winners (Todd Nelson and Sheldon Keefe) are hot candidates for vacant jobs. Rocky Thompson, the coach of the Wolves, has made a quick rise through the coaching ranks the past five years. In 2014, he was an assistant with the Edmonton Oilers, then he took over the Windsor Spitfires and won the Memorial Cup in 2017. The following season he took over the Wolves, and who knows, with eight more wins, maybe he’ll be behind an NHL bench sooner-rather-than-later.

No matter what though, the Wolves Calder Cup run means there are going to be players on the ice that are under Vegas Golden Knights control for at least another week, and at least for me, that’s worth watching.