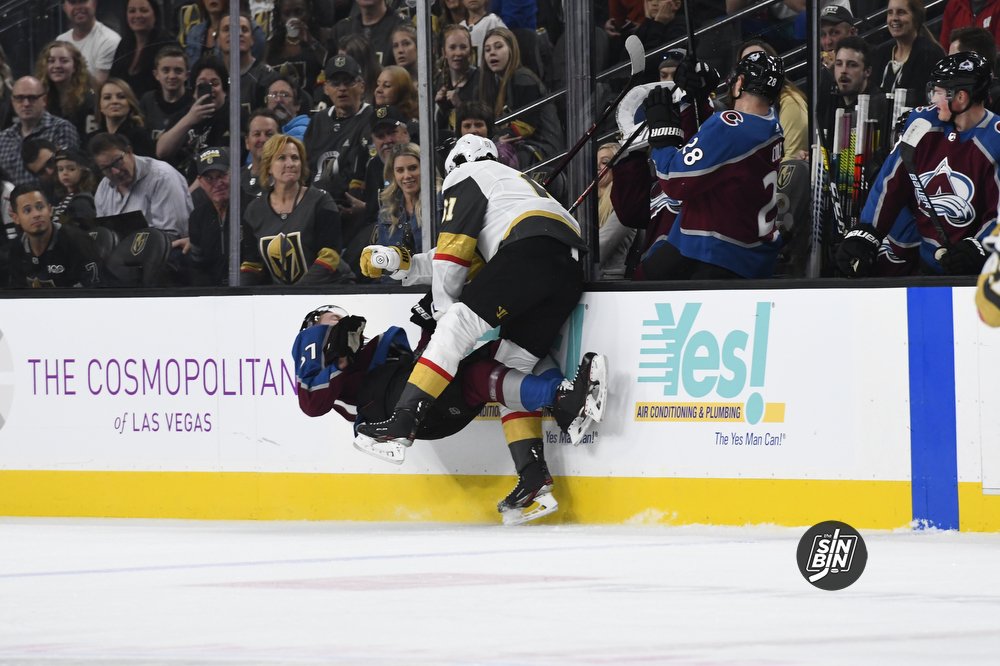 The wing position in the NHL can be very grueling. More often than not a right or left wing is in the corner pushing and shoving to gain possession of the puck. It’s not as glamorous as snapping off ten pucks a night and hearing your name called by the great Bruce Cusick. Due to the proximity of the boards, wingers must play a more physical style. It’s just the nature of the game. Thankfully, Vegas has the skill on both sides to battle, possess, and ultimately score.

Over the years the Golden Knights have been well built on the wing. Mark Stone is one of the league’s best along the boards, using his stick to create a rush or a turnover. His ability and 6’4″ frame make it difficult for defenders to stop the Golden Knights captain from disrupting and attacking the offensive zone. It goes without saying how much Stone’s presence was missed in 2021-22.

Vegas’ other top RW plays differently than Stone but shares the same high hockey IQ every coaching staff desires. Plain and simple, Reilly Smith is dangerous in all situations. Since the inaugural season, Smith has registered 230 points, third only to his linemates William Karlsson and Jonathan Marchessault. Not only is Smith creative but he’s extremely reliable. Coach Bruce Cassidy is inheriting a player that skates top six minutes, facilitates on the power play, and is a major threat on a penalty kill.

The other bonafide top-six wing might be the most beloved Golden Knight on the roster. Maybe it’s his natural ability to score and pump up a crowd, or his emotions and sharp tongue, either way, Marchessault won over the fanbase from the jump. As the leading scorer in team history with 291 points, the LW always seems to come up big in the right moments. I know it’s tough to look back, but directly after the infamous major penalty in San Jose, Marchessault scored sending the game into a series-deciding overtime. Had the results been different, we are talking about one of the most memorable goals in franchise history. If Marchessault continues to net 27+ and tick off opposing players, then he’s doing his job.

If the trio can match season averages, the Golden Knights can pencil in 70 goals and 100 assists from Marchessault, Smith, and Stone. Obviously, Cassidy will come up with the best alignment as well as finding a fourth top wing. It could be a converted center, Phil Kessel, or an elevated forward from the bottom six. Injuries aside, expect all three top wings to be highly effective this season. The season will depend on the production of VGK’s top players and the core will undoubtedly accept the challenge.