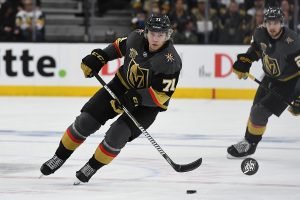 Award season is nearly upon us and over the course of the next week, we’ll learn the finalists for each of the individual awards. Today, the finalists were released for the Lady Byng Memorial Trophy and Vegas Golden Knights forward William Karlsson was among the three named.

The Lady Byng is awarded to the “player adjudged to have exhibited the best type of sportsmanship and gentlemanly conduct combined with a high standard of playing ability.” It’s voted on by the Professional Hockey Writers Association. Usually the trophy is given to the best offensive player who took the least penalty minutes. That’s no different this year as Aleksander Barkov (14 PIM) and Ryan O’Reilly (2 PIM) were named as finalists with Karlsson (12 PIM).

Karlsson should win the award when it’s handed out at the Hard Rock Hotel in Las Vegas at the NHL Awards Show on June 20th.

But with the positive news comes some negative news on the awards front. Despite posting some of the best numbers of any goalie in the NHL, Marc-Andre Fleury has not been named a finalist for the Vezina Trophy (best goaltender). The main knock on Fleury was that he missed a large portion of the season and only logged 47 games. However, Fleury had a better goals against average (2.24) and a better save percentage (.927) than any of the three finalists. Connor Hellebuyck, Andrei Vasilevskiy, and Pekka Rinne are the finalists.

The bigger snub, however, is William Karlsson in the Selke Award for best defensive forward. Karlsson was not listed among the three finalists and when the ballots are made public we will see that Karlsson is not even among the top five on many ballots, including voters from Las Vegas. We’ve already talked about Karlsson’s 12 PIM, but when you throw in his +49 rating, the fact that he and his linemates played against the opposition’s top line every game, and Karlsson’s ability on the penalty kill, and it’s hard to believe anyone would leave him off their list.

The Athletic’s Charlie O’Connor wrote an extended story making the case for Sean Couturier to win the Selke. In doing so, he proved the incredible year Karlsson had as well. It’s an incredibly in-depth article, but it does a tremendous job of going beyond the standard stats to show the candidacies of each of the top Selke finalists. 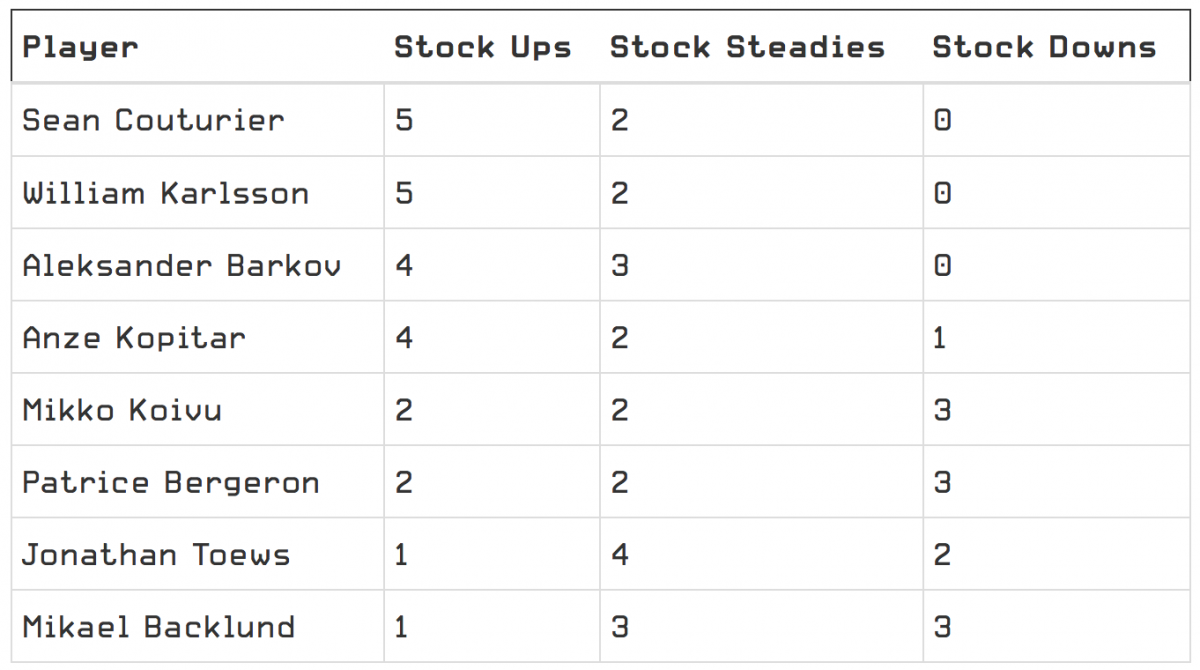 Of course, at the end of the article, O’Connor sites shooting percentage as a reason to rule Karlsson out, completely ignoring the research he put in because he believes it’s “a fluke.” Karlsson may not continue shooting at 23+% for the rest of his career, but that doesn’t take away the fact that he just did it, for a full 82 game season. It may be an outlier moving forward, but it’s a fact when looking at awards for 2017-18.

The finalists as announced by the NHL, and voted on by the PHWA, are Patrice Bergeron, Anze Kopitar, and Sean Couturier. Bergeron missed 18 games on the season and did not have the same season he’s had defensively that’s won him the award four times in his career.

"This guy should be up for the Selke trophy and the only reason he isn't is because it's his first really good year in the NHL." -Scott Stevens on Karlsson

William Karlsson was left off the list of finalists because he’s a new name in the conversation. Voters either didn’t watch Karlsson, or don’t believe he can recreate this season again, so they refused to vote for him. The award is for 2017-18 though, not the future. If they were voting for 2018-19 Selke Award winner, I can understand the hesitation, but they aren’t. Ignoring the season Karlsson had because “he’s never done it before” is embarrassing.

There’s an argument to be made that Kopitar, Courterier, Bergeron, Koivu or Barkov belong on the list over Karlsson, but leaving him off the Selke finalist list altogether is borderline ridiculous.

But, it happened, just as Karlsson was left off the All Star roster in January.

Welcome to the NHL, where the name on your back is more important than the numbers on the stat sheets.

Next Man Up, Just Not Yet