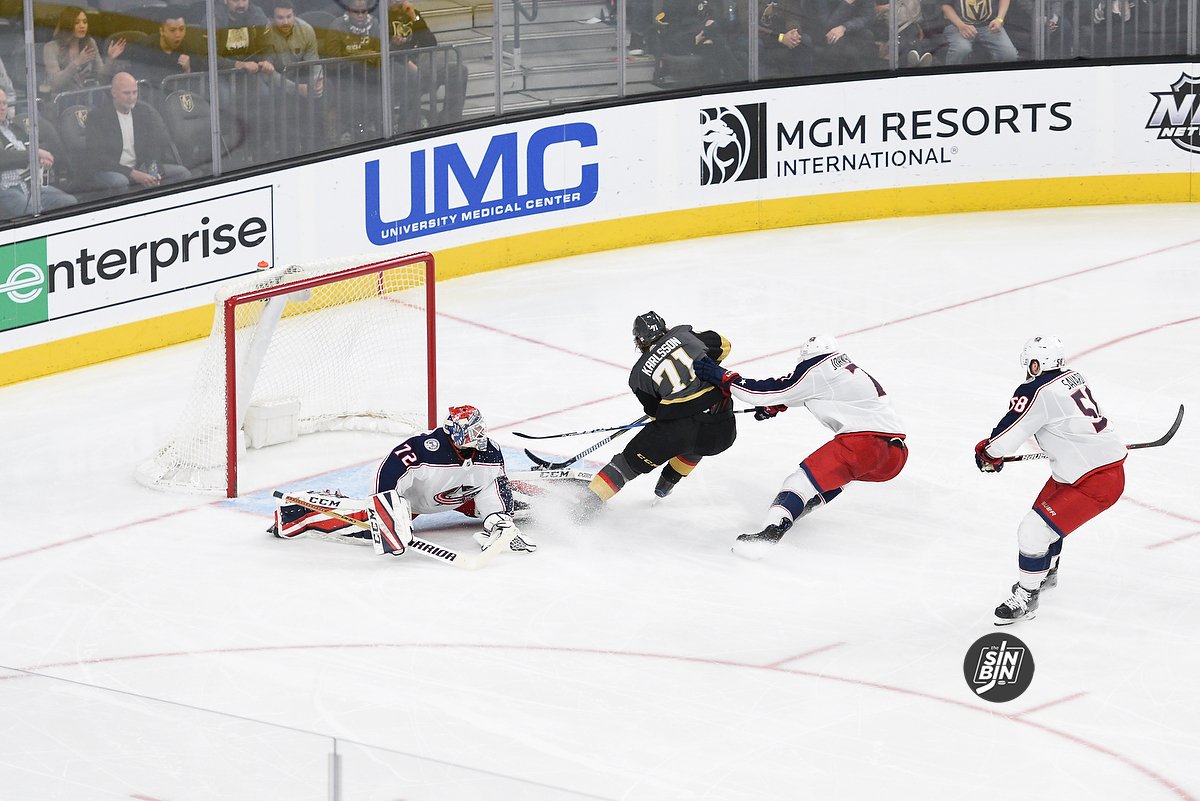 One of the biggest stories of the offseason outside of Vegas is the stalemate between Mitch Marner and the Toronto Maple Leafs.

Auston Matthews got 73 points, 11.6 million dollar contract and he’s worth every penny

Mitch Marner got 94 points and needs a new contract. Why won’t that dick take 9.5 million or less?

Marner was the 11th most productive player in the entire league last season and his stock has soared. So it appears the two sides are headed for a messy negotiation this summer in Toronto.

Earlier on @timandsid, Mitch Marner could look to join this list of the NHL's highest-paid wingers this summer pic.twitter.com/nsmP7reSlB

To a smaller degree, the Golden Knights have their own Mitch Marner situation.

Like Marner, Golden Knights center William Karlsson is a restricted free agent that wants a long-term deal. Both sides seem to have an interest in getting a deal done to keep Karlsson in Vegas for the foreseeable future, but we’ve been down this path before and it ended in a one-year deal moments before arbitration.

Karlsson is a center though, and a damn good one at that. He finished in the top 10 in Selke voting in 2017-18 and won the Lady Byng. He backed it up with a down year offensively but carried the torch for the Golden Knights defensively until Stone arrived. So, he probably deserves more than most of the wingers on the team, but the Golden Knights may not have the money.

There in lies the problem, because like it or not, William Karlsson deserves at least $6 million, if not much more. Here’s why.

We’re all aware that centers make up some of the highest paid played players in the league. Currently, seven of the top ten highest paid NHL players are centers, and 19 of the top 50. Karlsson’s 2018-19 $5.25M cap hit was lower than 152 other NHL’ers, and 46 other centers. Numbers alone, Karlsson is a better player than half of the players paid higher.

Only a handful of centers scored 67 or more goals over the past two seasons and Karlsson was one of them. Most of those centers earn well above $6M a season. It’s the market price for two-way centers that log heavy minutes, handle faceoffs, averages 65+ points and receives Selke votes.

Some have devalued Karlsson after a “sub-par” 2018-19 campaign. Sure his scoring numbers dropped after his offensive explosion two seasons ago, but overall the Swede continued to produce for Vegas.

Quite simply, he’s been the best skater in Golden Knights history, and there’s really no room for argument.

He values his own value

Karlsson has already been slighted by two teams, why would he want to make it a third? Taking a team friendly deal essentially agrees he’s only at his best in Las Vegas. I’d have a hard time believing that. (Note: Ken 100% believes it) Nevertheless, the center always reiterates he wants to stay with the Golden Knights.

This is where I want to be. Ever since I got here I’ve been very happy… hopefully we’ll get it done rather soon but you never know. I just want what’s fair for both of us. -Karlsson on 4/25/19

Here’s another connection to Marner I found fitting with Karlsson’s value. This is an excerpt from Elliott Friedman’s 31 Thoughts podcast.

One thing about Marner, is you get the sense.. that you’re not considered important enough. There’s a guy there who was drafted fourth overall, people ripped that pick at the time, it was a great pick. He was sent back down to junior, and the Leafs were very blunt about why he was sent to junior. He didn’t get the full [Schedule B] bonuses in his first contract, which has continued to be a thing, even though it was a Lou Lamoriello kind of rule. And everyone around him is convinced that Mitch Marner is not respected the way he should be respected. -Friedman

In my opinion, the same lack of respect could be said for Karlsson. Especially, since Golden Knights management handed out millions last summer.

Bottom line, if the two parties can’t come to a team friendly deal then Vegas will likely offer another one-year deal and take their chances. That will put the puck in Karlsson’s corner and will be up to him to continue his future in Vegas or fetch his league value next summer. The lack of team commitment over his career might have Karlsson weary of signing a “buy-in” type contract.

Marner will sign for millions more than Karlsson, but the same headache applies for a cap concerned team like Vegas. In the center’s eyes, he’s done more than enough in Vegas to earn his dough. The question is, does the organization think he’s done enough?