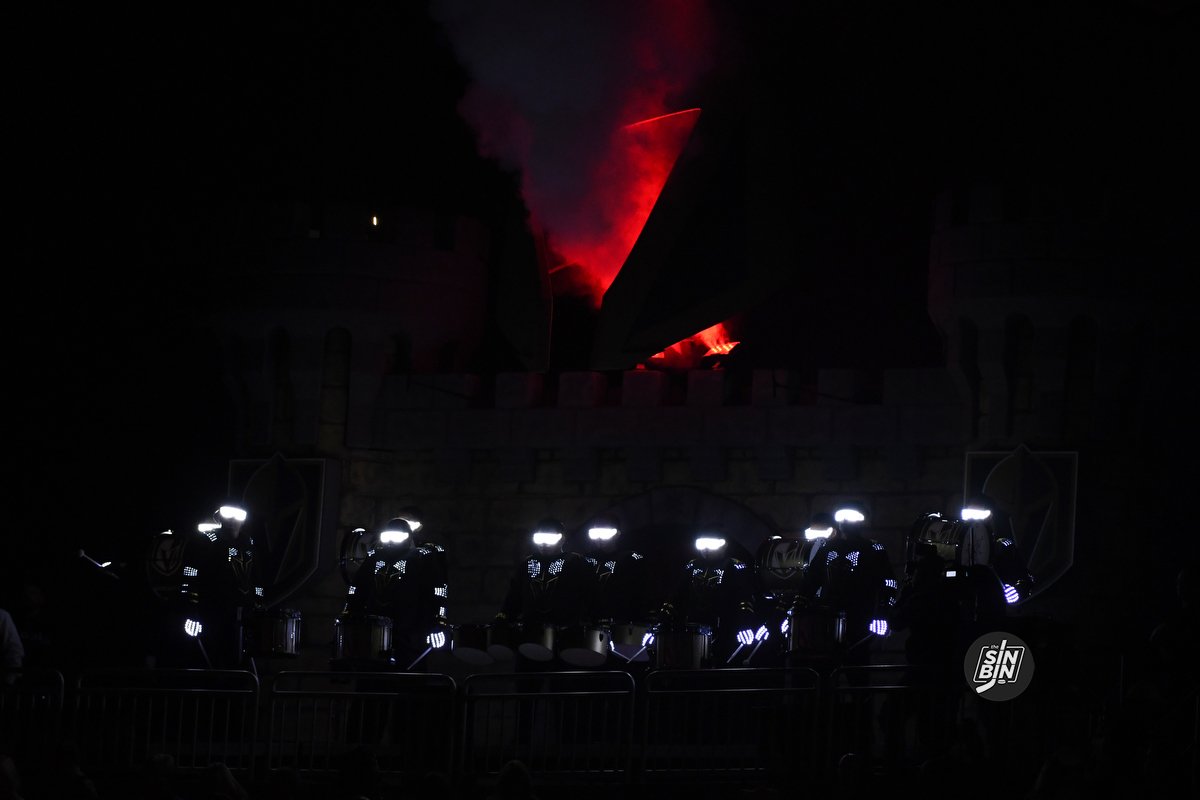 In somewhat of a surprising move, Gerard Gallant moved Valentin Zykov up to the first line to play with William Karlsson and Jonathan Marchessault. Zykov has been waived as many times as he’d played in a Golden Knights uniform, yet there he was playing on a line that was considered one of the best in the NHL a year ago and the decision wasn’t forced by injury.

In the game against Florida, he was on the ice for a career-high 17:32, recorded three shots, created multiple scoring chances, and registered three hits. He was also a -1, had three giveaways, and posted a 50% Corsi For. The Golden Knights did not score with Zykov on the ice.

Yet, here we are, heading into a Tuesday night game against the best team in the NHL, the Tampa Bay Lightning, mired in a four-game losing streak, and Gallant has once again put Zykov back on the line with Karlsson and Marchessault.

Having watched the game live I remember thinking Zykov had a few good chances, helped create a few others, but overall was far from memorable in the game. But when I saw him back on that line in practice and I figured I must have missed something. He must have done well enough to keep the spot. So, I went back and watched all 16 shifts Zykov took and not only do I agree with Gallant, but I thought he was the best player on the line… by far.

Of the 16 shifts, I counted 12 that I would consider him having a positive impact, with four of those 12 being majorly positive. Karlsson’s positive shift number was eight, Marchessault’s was five in the same 16 shifts.

What really jumped off the page for me while watching was his ability to get the puck off the wall and onto a teammates stick quickly. Here are a few examples…

Both of those instantly opened up the ice for William Karlsson. Nothing came of either, but these type of quick accurate plays are what the Golden Knights do when they are at their best.

It wasn’t just off the walls either. Here’s a terrific pass through the neutral zone to spring a break and eventually lead to two of his three shots.

Almost every shift he made a pass that advanced the puck quickly. Unfortunately, most of the time Karlsson and Marchessault were unable to do much with it. Here are a couple more examples of that.

He spent a ton of time in front of the net as well. He tipped one shot on goal that could have easily gotten past James Reimer. Plus, almost every time the Golden Knights had extended zone time, he’d be eventually be parked in front of the goalie setting up for a tip or a screen.

Finally, there’s a pair of plays he made on the same shift, his most impressive of the game, and once again, both went for naught.

The play started with Colin Miller flying into the zone to get a shot on goal. The save was kicked out into the slot where it appeared the Panthers were headed for a 3-on-2 break. Instead, Zykov reached back, lifted a player’s stick, and kept the puck alive in the Vegas offensive zone.

Then after a shot from Theodore, there was a puck battle at the blue line. Theodore won it and aimlessly threw it back into the zone. Zykov won the race to the puck and in one motion turned and fired a perfect pass to Marchessault in a dangerous position.

Marchessault couldn’t handle it, but if he had, that could have easily tied the game.

All in all, Zykov made plays almost every time on the ice, he played with the quickness Gallant wants to see out of his forwards, he was responsible in his own end, he looked comfortable breaking the puck out, and he showed a willingness to stand in the crease.

The Golden Knights created eight scoring chances with the Marchessault, Karlsson, Zykov line on the ice. Four of them were credited directly to Zykov.

Not only does he deserve to get another shot on that line, he would be the last of the three that should be blamed for their lack of production against Florida. It’s just one game, so it’s tough to predict what might happen tonight, but if Zykov plays like he did Saturday, I’d be surprised if that line is held scoreless once again.