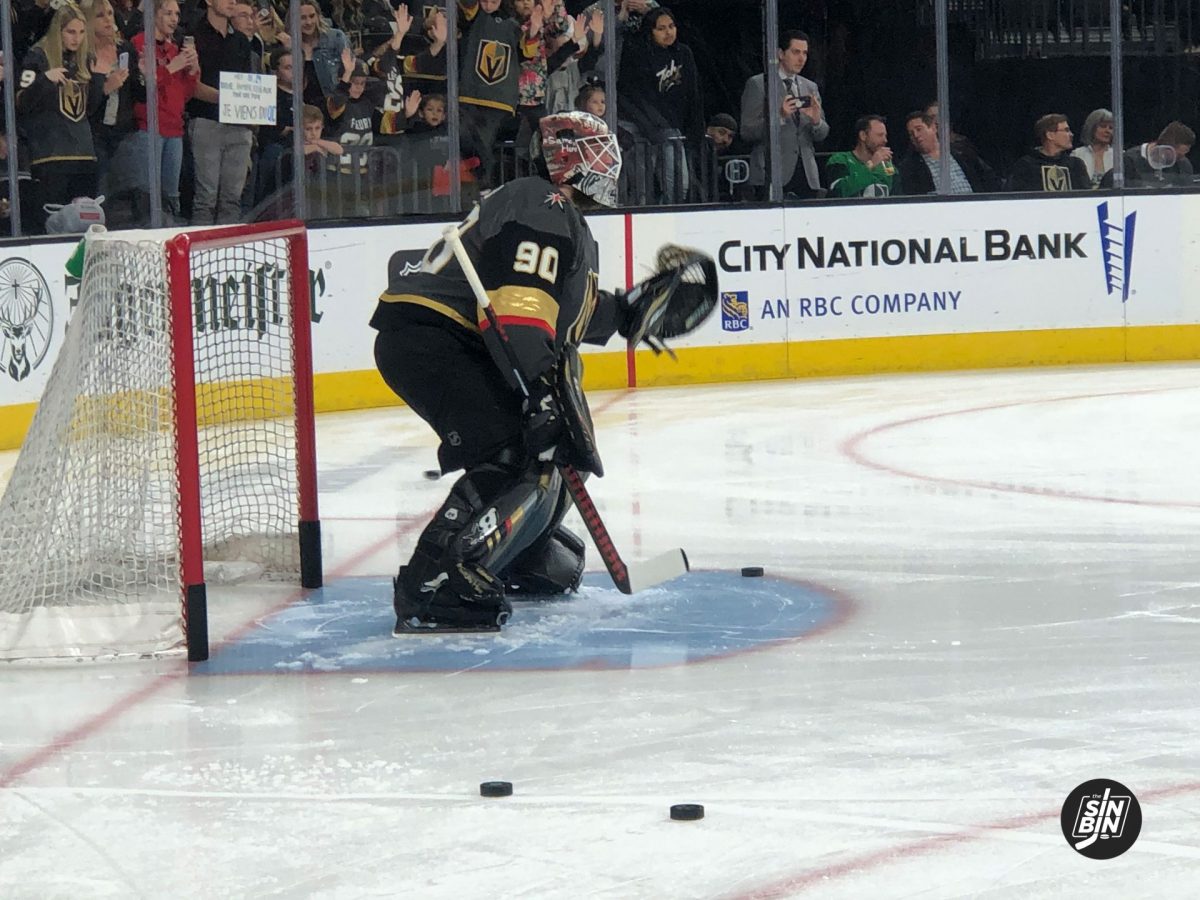 The Golden Knights have been without Robin Lehner since February 11th, 21 days ago. They’ve played nine games without him and have another four coming up in the next week. The whole time he’s been unavailable, he’s remained on the active roster as opposed to being placed on IR or LTIR. I’ll explain why.

First, NHL rules state that a player can be placed on injured reserve (IR) or long-term injured reserve (LTIR) retroactively to the date a player was injured. Thus, no matter how long Lehner remains out, the Golden Knights have the option to place him on IR or LTIR at any point.

We’ll start with regular injured reserve. The benefit of standard injured reserve is to open a roster spot for a team. NHL teams are allowed to have a max of 23 players on their active roster at any point. If a player is injured, he can be placed on IR and no longer counts against that 23-man roster. He does however continue to count against the salary cap.

For the Golden Knights, roster space is not something they are in need of. Because they are so close to the salary cap, they have not reached the roster limit of 23 at any point this season. For most of the year, they’ve actually had exactly 20, the league minimum, on their roster.

Of course, if Lehner is not available, someone has to take his place. So far, that has been either Oscar Dansk or Logan Thompson. Since the Golden Knights are under the 23-man roster limit, they are always eligible to add either goalie to the roster at any point. However, due to the salary cap, Vegas actually can’t afford to add either Dansk or Thompson to the roster without exceeding the cap. So, they have been using what is called the “emergency roster exception.”

This is a condition in the CBA that allows a team to add a player to the roster, without it counting against the salary cap, when they are unable to field a healthy roster of 12 forwards, six defensemen, and two goalies. Vegas has used that rule in nine consecutive games, and thus has yet to have either Dansk or Thompson count against the cap despite them serving as the backups for the last three weeks.

Whether Lehner is on IR or not, Vegas has the ability to use the emergency rule to replace him, so there really is no benefit of placing him on standard IR.

Now, let’s move on to long-term injured reserve (LTIR), where the salary cap gets involved. First off, it’s important to understand that LTIR is much more complicated than I’m about to make it and the actual procedures behind it require much more intricate math than I’m about to explain. But, in regards to this article, because of the Golden Knights’ situation, we can over-simplify it and the concepts remain the same.

Let me illustrate this using the Golden Knights’ current situation.

Right now, McNabb is on LTIR meaning Vegas can exceed the cap by $2.5 million. Lehner is not, which means his $5 million still counts against the cap. With 13 forwards, six defensemen, Fleury, Lehner, and the free emergency exception goalie, the Golden Knights are currently fielding a roster worth over $82 million (or more than the $81.5 million salary cap). They have a full roster plus one healthy scratch (which has been Roy) and have not had to place anyone on waivers.

Let’s say they put Lehner on LTIR. They can now exceed the cap by another $5 million. The problem is, they currently don’t have any players to fill that newly available cap space. Every other goalie costs less than $1 million against the cap, and aside from Nick Holden ($2.2 million), every other skater makes less than $1 million too.

Simply put, any individual move the Golden Knights want to make with the current roster, they can with just McNabb on LTIR. Holden for Coghlan, Brown for Carrier, Dahlstrom for Hague, Jurco for Reaves, Roy for Nosek, whatever they want to do, they do not need more cap space to do it.

Now, if they wanted to make multiple moves at the forward position, such as benching Reaves and Carrier in the same game without risking either on waivers, then they would have to place Lehner on LTIR and replace his salary with the two new players who come up. Thus far, they haven’t shown any willingness to do so, but if at any point they change their minds, the option always remains open as LTIR can be done retroactively back to February 11th for Lehner. Simply put, at the moment, there’s no reason to do it.

If Vegas were to make a trade, and bring in a player worth $5 million, they could place Lehner on LTIR and use that player immediately. However, what do they do when Lehner is ready to return?  They’d no longer have the $5 million in LTIR cap relief and thus would have to subtract $5 million from the roster somewhere else.

Thus, the only way Lehner going to LTIR actually creates usable space for the Golden Knights to add to the roster is if he’s going to be out for the rest of the regular season. Since there is no salary cap for the postseason, he’d be eligible to play and Vegas could use whoever they added to fill his $5 million during the regular season. But, once again, until the Golden Knights add that player, there’s no tangible benefit to placing Lehner on LTIR.

Finally is the concept of “saving cap space.” This is something the Golden Knights did masterfully last season shuttling Nic Hague, Cody Glass, and Nic Roy between the AHL and NHL nearly 100 times combined to save upwards of $1 million in deadline cap space. (Read about how that worked here.) This year, that’s not an option.

Why? Because the Golden Knights are currently exceeding the salary cap by using LTIR relief on Brayden McNabb. Last year, the Golden Knights were under the salary cap the entire season (even if just by a few dollars). So, each day they could get further under the cap created more room for them to add at the trade deadline. This year, they are over the cap and have no way to field an eligible roster under the cap with Brayden McNabb out injured. So, they are not accumulating space each day like they were last year.

So there you have it. Lehner isn’t on regular IR because there’s a rule allowing Vegas to replace him whether he is or not. And he’s not on LTIR because there’s no benefit unless they add a player making closer to $5 million or want to make multiple lineup decisions in the same game. And finally, no matter how long he’s out both LTIR and IR remain options Vegas can use at any point should the situation change.

(Kinda wishing you never asked that question or had that thought in the first place now aren’t you? I know I am.)