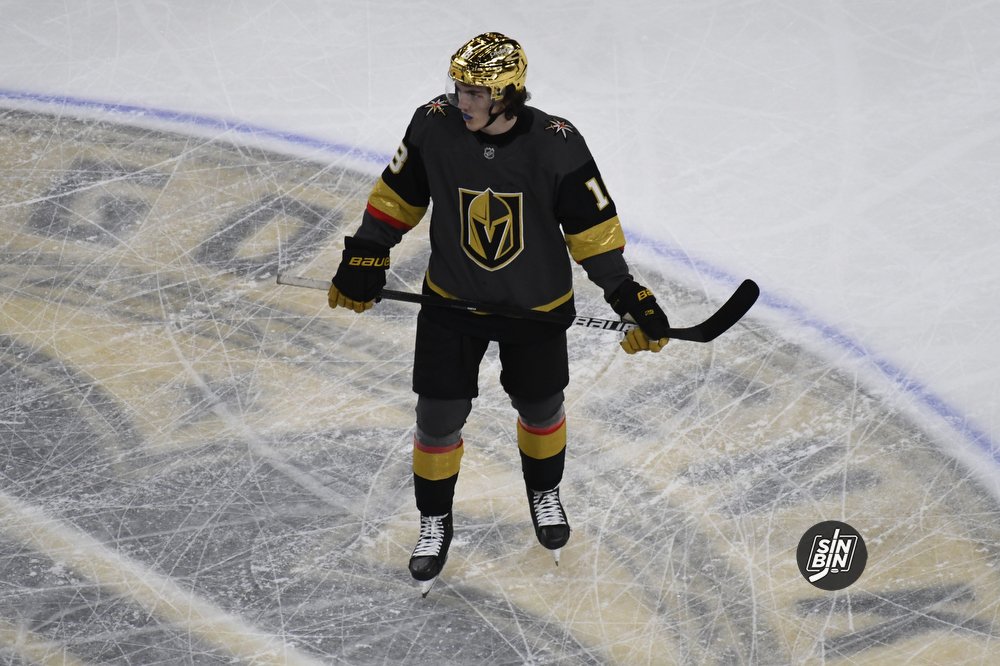 As long as Jack Eichel remains property of the Buffalo Sabres, the possibility will remain open that the Golden Knights pull off yet another blockbuster move and acquire him.

From Max Pacioretty to Mark Stone to Robin Lehner to Alex Pietrangelo, the Vegas front office has never been shy to cast a line at the biggest fish on the market. They don’t always reel it in, see Erik Karlsson and John Tavares, but in the five year history, you can always bet the Golden Knights will at least be in the conversation.

While Eichel’s medical situation remains in the balance, the marketplace to acquire him via trade has seemingly gone stale. Like with any valuable commodity, when there’s not a lot of demand, the price falls. This is exactly how the Golden Knights got both Stone and Pacioretty.

Could the price fall low enough that it eventually makes sense for Vegas? According to one of the best insiders in the league, that answer is currently no.

I don’t think Buffalo and Vegas can make a deal. I’ve heard that Buffalo wants Krebs in that deal and I don’t think Vegas has any desire to do that. So as I see it right now I don’t think that’s a match, it could change, but I don’t think it’s a match. –Elliotte Friedman on The Jeff Marek Show

Simply put, Peyton Krebs’ name should be an instant non-starter for the Golden Knights in any deal for Eichel.

No, not because Krebs is eventually going to blossom into a player better than Eichel, it’s because of the ripple effect it would cause on the rest of the team to center a deal around acquiring a $10 million piece while the primary asset heading out is less than $1 million.

Of course, Vegas would have to offer much more than just Krebs, but as the focal point of the trade, the salary aspect of the trade would instantly become a burden from a VGK perspective. Any salary Buffalo would be taking on would be doing Vegas a favor in the deal, and thus, the player attached would not be worth nearly as much as simply removing his contract.

We’ve seen this on a number of occasions already. Nate Schmidt went for a 3rd round pick after being the #1 defenseman on a conference final team. Paul Stastny went for a conditional 4th after posting 80 points in 121 games as a Golden Knight. And most notably, the reigning Vezina trophy winner Marc-Andre Fleury was sent away for literally nothing. In all of these moves, the value to the Golden Knights was the additional cap space. The player involved had little to no meaning at all, and thus it lowered the best goalie in the league, a top-four defenseman, and a top-six center to the 100th pick in the draft, at best.

If Krebs is involved in a deal for Eichel, that will kill the value of players like Reilly Smith, Alex Tuch, Shea Theodore, and Jonathan Marchessault. The entire world would know that the Golden Knights need to shed another $9 million to stay cap compliant, and the feeding frenzy will begin as the league vultures over their highly paid, highly-productive players, buying them up at dollar store prices.

This doesn’t mean the Golden Knights must take a back seat in the Eichel sweepstakes, it just means they have to find a way to pull off that trade by getting market value on every asset they move. If Smith has to go, they need to get a 2nd, if Tuch has to go, a 1st. Marchessault, Theodore, McNabb, Pacioretty, you name it, there cannot be a salary dump involved in this deal, because quite frankly, the Golden Knights don’t have a player they can afford to cast away for nothing.

Even if the price keeps coming down, the end price on Eichel will be substantial. Yes, Jack Eichel can help the Golden Knights win the Stanley Cup. But they can’t blow the entire team up before he gets here.

If Peyton Krebs is in that deal, the implosion that will follow will be unavoidable.