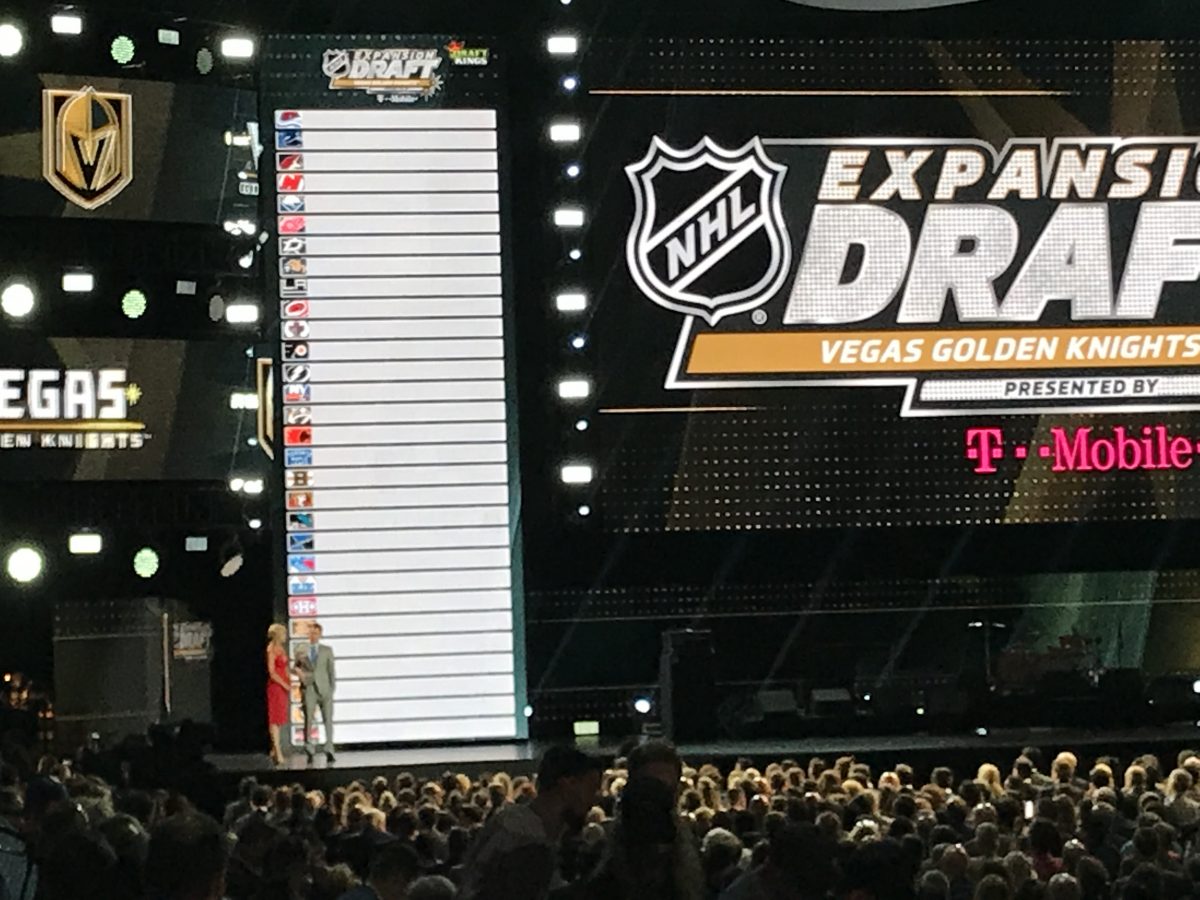 The Expansion Draft is officially underway and boy oh boy do the Seattle Kraken have some decisions to make. From Carey Price to Vladamir Tarasenko to Mark Giordano to free agents Gabriel Landeskog and Alex Ovechkin, the number of star players available to the NHL’s newest team seems almost unbelievable.

Brown came with a hefty contract that he’s still playing under right now. The AAV of $5.875m would have been the second most expensive player on the roster at the time and would remain the 6th highest now. There were rumors that the Kings were actually willing to pay the Golden Knights to take Brown and the salary. In the end, VGK passed on it and just took the best exposed player, Brayden McNabb.

Vatanen was coming off a season in which he was a huge piece of a Ducks team that made a run to the conference final. Vatanen carried a large $4.875m AAV cap hit but at the time appeared to be well worth the price of admission. Vegas certainly used Vatanen’s exposure to acquire Shea Theodore in an Expansion Draft trade.

The Wild were in one of the toughest spots of any team at the Expansion Draft and the Golden Knights took advantage of it. Staal was coming off a 28 goal, 65 point season (that he backed up with 42g and 76p in 17-18) and Dumba was emerging as a star on the Minnesota blue line. There were two years left on Staal’s deal and one on Dumba’s but both were at affordable rates. Rather than taking one of these two, VGK somehow swindled the Wild into giving them a prospect, Alex Tuch, and allowing them to choose a useable player in Erik Haula.

We now know the deal for Fleury was in place as far back as the trade deadline the season before the Golden Knight started, but when the lists were released Ian Cole’s name jumped off the page. He had one year left at $2.1m and averaged 19 minutes a night on the Penguins run to their second-consecutive Stanley Cup. Of all defensemen available to the Golden Knights, he appeared to be the best one.

Both San Jose geezers were free agents who looked likely to be headed back to San Jose. The Golden Knights had the ability to negotiate with either during the Expansion Draft but ultimately went a different route. Marleau ended up in Toronto, Thornton stayed in San Jose.

Another free agent, Jagr was coming off a season in which he scored 16 goals and added 46 assists for the Panthers. He had familiarity with Gerard Gallant and George McPhee and he’s about as big a name as there had been in the sport over the last two decades. The screams of “think of how many jerseys will sell” were loud over Jagr. His NHL career ended one year later and the Golden Knights sold plenty of jerseys with other names on the backs.

It’s clear the names exposed to the Kraken are much more significant than those who were available to the Golden Knights. Why? Well, there are two main reasons.

First, side deals, or in this case, the lack of side deals. The Golden Knights were vigilant in calling every team and offering a “solution” to the Expansion Draft. Rather than leave it in the expansion team’s hands, the teams could get together to come up with something that worked for both. It sounded great to many GMs at the time. Teams like Minnesota, Columbus, Pittsburgh, Anaheim, and Tampa Bay took advantage of it and they pretty much all ended up working out far better for Vegas than anyone else.

Thus, teams are obviously going to be a bit more hesitant to make such deals this time around. In addition, the word on the street is that Kraken GM Ron Francis’ asking price is incredibly high for him to lay off a team’s list. That’s why we are seeing what amounts to calculated gambles by many teams.

These gambles lead to the second reason why more high-end players are available to Seattle, and that’s the flat salary cap. When the Golden Knights came into the league the cap was $75 million. It was expected to rise every season and did, up to $81.5 million in Vegas’ 3rd year. Then there was this whole pandemic thing. Now, the cap is stuck at $81.5 million and it’s not going up any time soon (at least this year and next). So, teams this time are more willing to expose highly paid players knowing that even if they were selected by Seattle the price on replacements is down in the flat-cap era.

The question now becomes how does Seattle go about dealing with what they’ve been presented. The rules are the same and in many ways the overall availability of assets is the same as it was for Vegas back in 2017, it’s just been presented differently.

Remember, the Golden Knights came out of the Expansion Draft with two more 1st round picks, Shea Theodore, Alex Tuch, Reilly Smith, Nikita Gusev, and a bushel of later-round picks. They then turned around and flipped players like Marc Methot, Trevor van Riemsdyk, and Alexei Emelin for even more picks. And, Vegas was still left with a competitive team that outperformed even the wildest expectations.

Seattle will likely not come away with nearly as many assets when this week is out, but they’ll still have plenty of ammo available to them. Whether they opt to try and win now or play the long game, plenty of assets will be coming their way.

These expansion rules are favorable to the new team and even though the lists look better for Seattle than they did Vegas, the rules are the same, each team is just approaching it a different way.