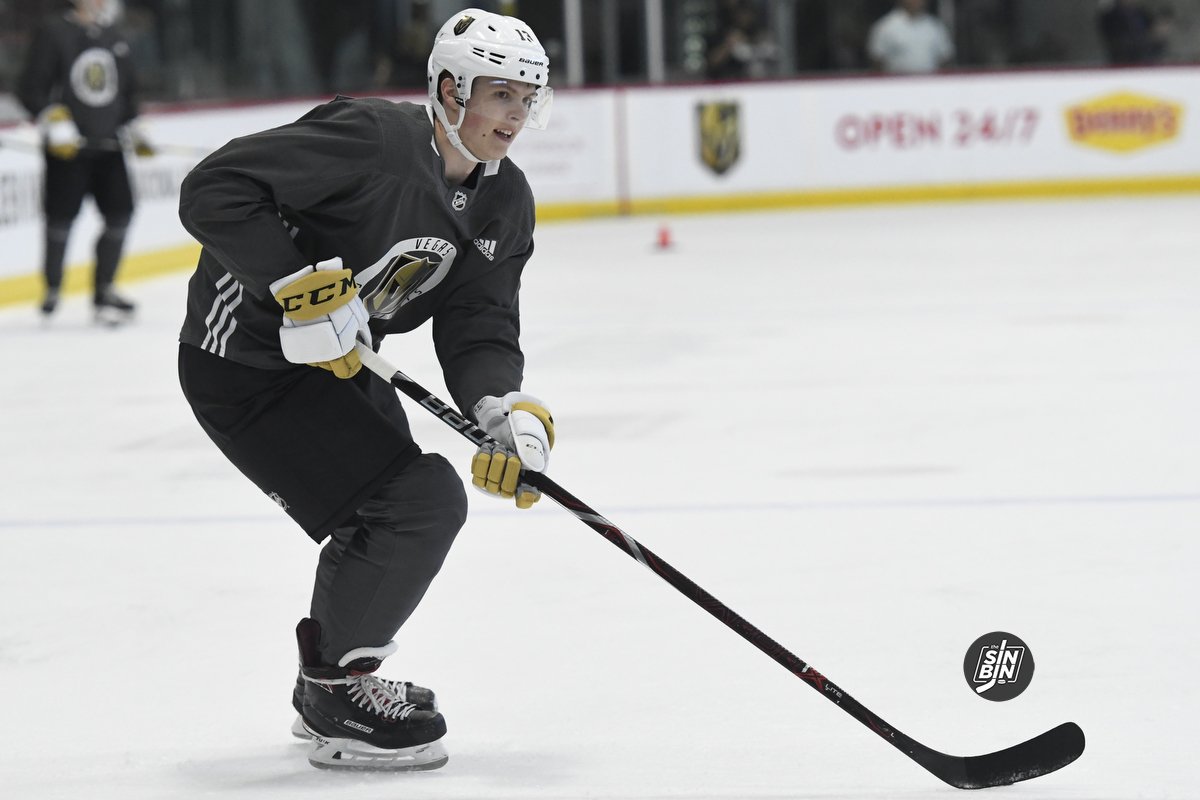 When it comes to prospects, we’re always on the hunt for information, trying to differentiate between players who have an NHL future and those who are simply along for the ride.

Rookie camp, and especially rookie games, are crucial in that sorting process as they stand as one of the rare times a large collection of Golden Knights prospects gather and compete on the same sheet of ice. Comparing Lukas Cormier’s 54-point QMJHL season to Kaedan Korczak’s five-game stint in the AHL playoffs only offers so much, but when they step on the ice together and compete against the same competition, much more can be gathered.

Most of that information comes from what we see on the ice. However, every once in a while we get some crumbs that give us a look into how the organization views these players, which will massively affect their chances of becoming future Golden Knights.

One such crumb was shared by this weekend’s coach, and Henderson Silver Knights head coach, Manny Viveiros.

Management and the scouting staff, they’ll put the lines together for us cause they’ve seen these kids over the last few years. They’ve been a big help in that part by putting who they want to see together including the d-pairs as well. So we’re going to decide who’s playing this weekend and with who and we’re going to go out there and support the kids and coach them on the bench. -Viveiros

This means every lineup we see being put out on the ice this weekend offers a look into the minds of the front office.

Pavel Dorofeyev and Maxim Marushev playing with Peyton Krebs on the top line tells us something about the two Russian standouts. While Mason Primeau playing on the wing of 2021 1st round pick Zach Dean and the more experienced Jack Dugan speaks volumes to where they feel the career of the 6’5″ 20-year-old who spent a portion of last year in the ECHL is headed.

Every player, every position, every decision is done with a purpose and there’s a reason behind every purpose.

Here’s the lineup the Golden Knights used in their first rookie game against the Coyotes, one they dropped 5-2 in a bit of a sloppy, penalty-filled affair.

This is just one lineup of three we’ll get to examine this weekend. With them, we’ll get more information on players like Layton Ahac, Marcus Kallionkieli, Jermaine Loewen, Zack Hayes, Jonas Rondbjerg, and Peter DiLberatore.

In the end, it’s just a weekend, and placement in the lineup, as well as subsequent performances, will always be just a piece of the puzzle to how the Golden Knights view each prospect moving forward.

But it’s neat to get a peek behind the curtain a bit, now that we know where to look.