Why Everyone Should Be A Fan Of Tomas Hyka 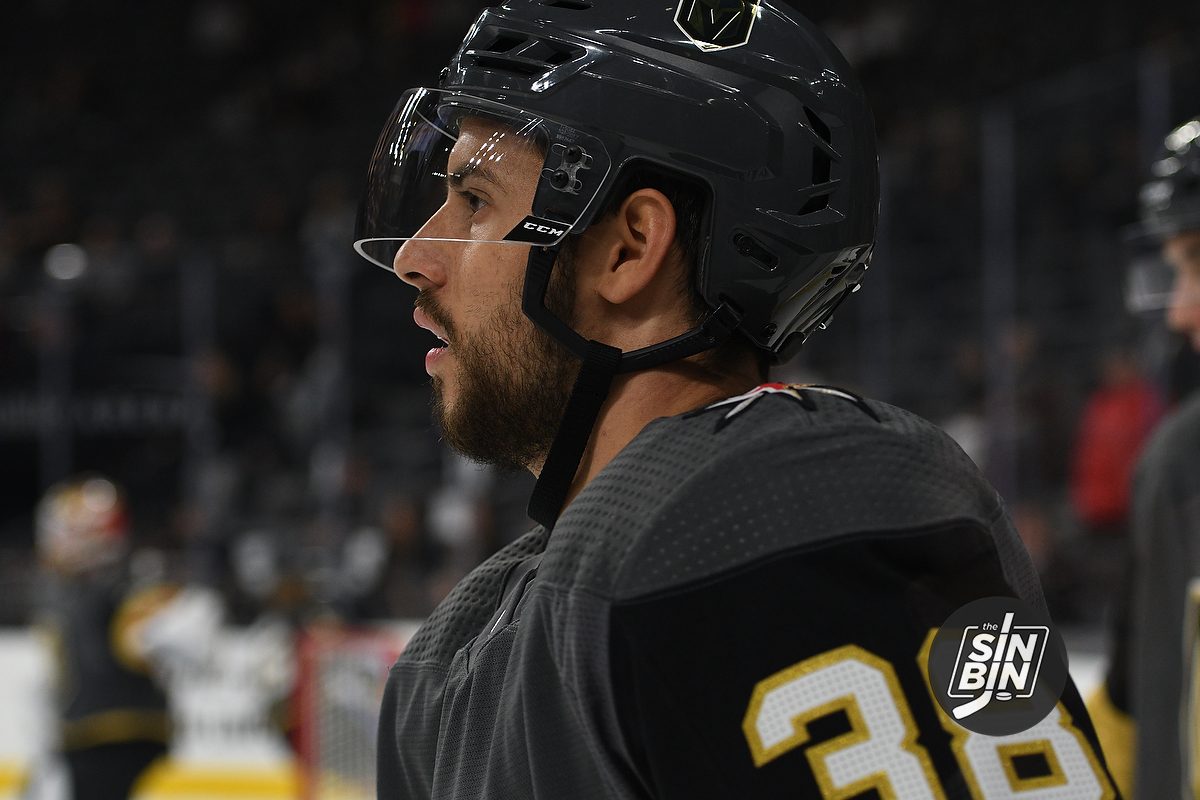 We cheer for all Golden Knights, but some of them just make us root a little harder for them. Tomas Hyka is one of those. (Photo Credit: SinBin.vegas Photographer Brandon Andreasen)

Last night Tomas Hyka made his NHL debut, one that has been in the makings for the a 24-year-old from Mlada Boleslav, Czech Republic for quite some time. Hyka is a classic NHL underdog, and his journey to making his debut for the best team in the league is somewhat of a wild one.

It dates back to 2011 when he was invited to training camp with the Philadelphia Flyers after being undrafted.

The reason is a rule in the CBA that says players born outside North America must go undrafted twice before they can be signed to a contract with an NHL team. Hyka had only been through one draft, so despite being offered a contract, and possibly a spot on an NHL roster at the age of 18, he couldn’t sign with the Flyers. Instead of going home though, he played for the Gatineau Olympiques of the QMJHL where he scored 20 goals and tallied 64 points in 50 games. That put his name back on the radar for the 2012 Draft.

Then I got drafted by the Kings and they did not really give me the opportunity. -Hyka

In fact, he was never even invited to a training camp with the Kings. Back to Gatineau he went, where he scored another 20 goals and put up 54 more points for his second straight year in the QMJHL. Yet, the call still never came from the Kings.

Hyka then returned home to play for his hometown team, BK Mlada Boleslav for three of the next four years waiting until the Kings gave up his NHL rights. That happened this Summer and the Golden Knights did not wait long to pounce.

When Vegas wanted to sign me I was like ‘for sure I want to do it!’ -Hyka

Hyka became the third Golden Knight in team history after Reid Duke and Vadim Shipachyov. He came to Development Camp and his speed jumped off the ice to everyone watching. He was brought in to Training Camp where he and Alex Tuch dominated offensively. Then it was time to return to El Segundo to play a pair of rookie games against the Kings. Hyka scored in both. He remained with the Golden Knights through preseason, where he played in five games and scored four goals. But when the roster had to be trimmed to 23, Hyka was on the outside looking in, and was sent to Chicago to play in the AHL. 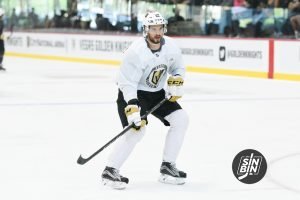 Like he’s done everywhere else throughout his entire career, Hyka has been a scoring machine with the Wolves. 13 goals and 21 assists makes for 34 points in 35 games played. It appeared to be only a matter of time for him to get his chance.

We’re talking about Tomas Hyka though, nothing has ever just come to this player. On December 18th, Hyka was recalled from the AHL when Luca Sbisa was placed on IR. He flew in, participated in morning skate on the 19th, but was a healthy scratch for that night’s game against Tampa Bay. The following morning, like he was in both Philly and Los Angeles, and like he was at the end of training camp in Vegas, he was sent away, still without making his NHL debut.

To make matters worse, there were two other times this season where the Golden Knights appeared ready to make a roster move, both times Hyka was injured. Finally, yesterday, February 19th, Hyka’s time had come.

He was slotted on to a line with fellow AHL call-up Stefan Matteau and Oscar Lindberg, but he also had to take the place of James Neal on the Golden Knights power play.

For sure there’s a lot of pressure to get a chance to play on the power play for the best team in the league. It’s a big opportunity and I just tried my best.  -Hyka

Hyka played a total of 11:37, he had multiple scoring chances including a great one when he was put on the ice as the extra man with Fleury pulled. He had just one giveaway, took two shots, and his speed appeared to translate just fine from the AHL.

I didn’t think it was my best game, but it wasn’t that bad. I’m just going to do my thing, play with the speed and hopefully I get a chance to show you again tomorrow. -Hyka

(Hyka and Matteau) were fine. They played a good game. They worked hard and they did exactly what I expected from them. Hyka had a great chance to score late in the hockey game. I was happy with them. They played well and worked hard. They fit in good. -Gerard Gallant 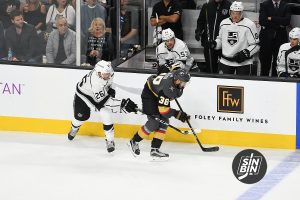 If he keeps playing that well without the puck, his NHL career will last much longer than just one game. (Photo Credit: SinBin.vegas Photographer Brandon Andreasen)

Where Hyka really impressed was with his play when the Golden Knights did not have the puck. The 5’11” winger is known for his speed and finishing ability, but defending has always been a concern. Hyka was excellent forechecking and had two strong backcheck plays in the same shift in the 2nd period.

The Golden Knights roster now sits at 23 with injuries to James Neal, Shea Theodore, Pierre-Edouard Bellemare, and William Carrier. So Hyka’s time with the club may not be long.

Well I mean, hey, we’re pretty happy with our group of 23 players and we’ve got some injuries now, so we’ll see where it goes. But again, Bellemare is out, Carrier is out and they are going to be on our hockey team, so you can only keep 23 for now. -Gallant

For Tomas Hyka, that just means business as usual. Things don’t come easy to him, even when they appear to be close, they always tend to be one more step away. Another bump in the road will inevitably come, but Hyka’s journey has never stopped moving in the right direction.