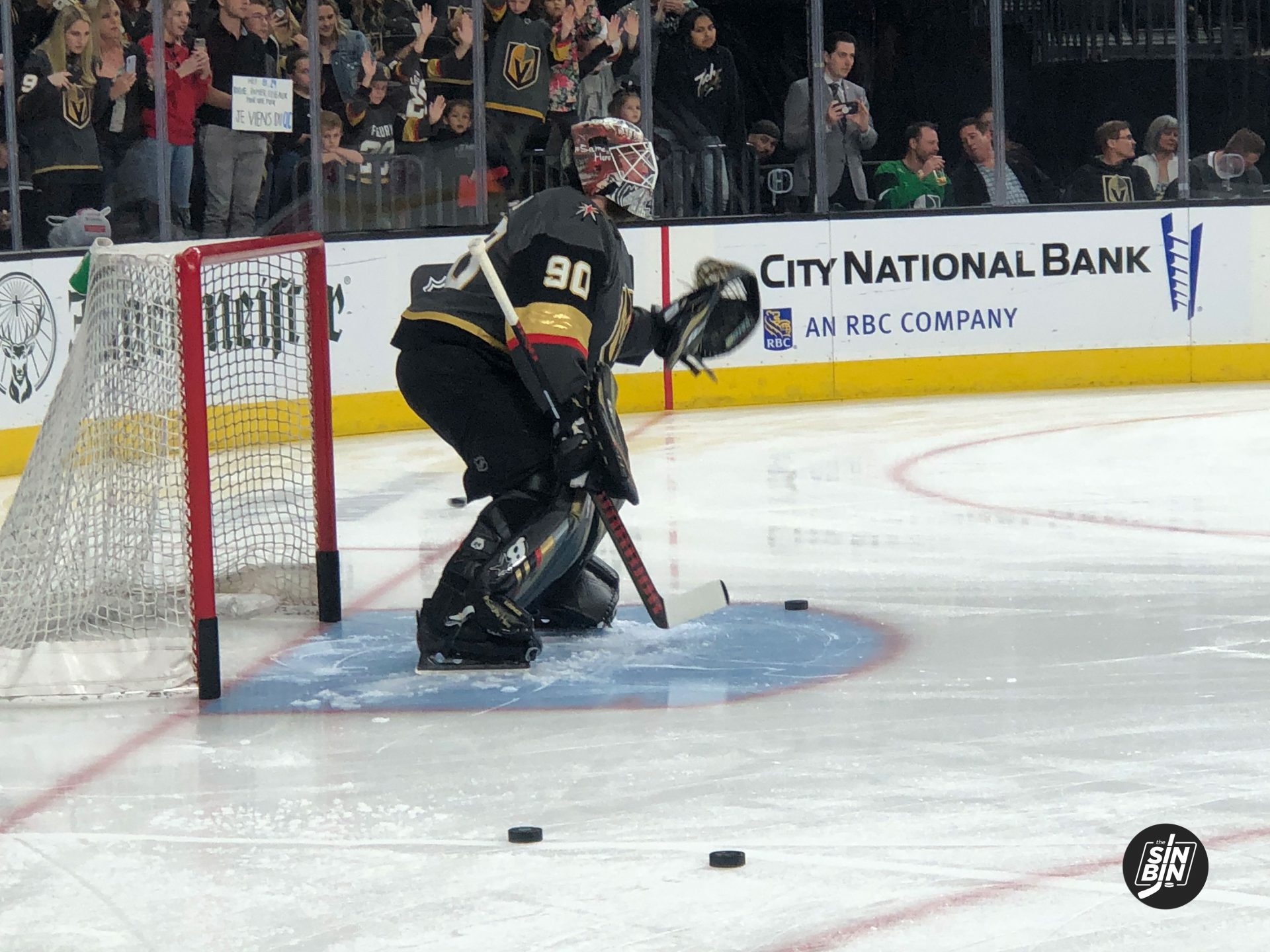 Now that there’s a format in place (kinda), fans can finally feel good about the NHL getting back on the ice. The timetable hasn’t been set yet, but before the games begin, clubs will hold some sort of training/mini-camp. George McPhee mentioned a couple of weeks back that Golden Knights players shouldn’t need much time to prepare.

After the training period is over and the players are ready for action, which position will be at their best first? The shooter or the stopper?

Because (goalies) motor skills don’t have to be as refined. Their crease movement is something they can practice on their driveway, they can practice in their basement. Their angle play, their awareness of the game, they can watch tape. There’s a lot of things they can do, they don’t really need ice.-Pierre McGuire, NBC Analyst

If goaltenders find their way back to form quicker, teams with better goaltending and defense have an early edge. The fear of the hot goaltender is so real reports were Montreal Canadiens star goalie Carey Price was one of the factors why the play-in series will be nothing less than a best-of-five finish.

The league initially suggested this play-in round be best two out of three and the players said no way… they felt it was not acceptable enough for the teams that had a better regular season and Pittsburgh looked at its matchup and it said ‘two out of three against Carey Price is not fair for a team that had zero percentage points to play in the playoffs.-Elliotte Friedman, SportsNet

Depending on the Golden Knights offense, either of their goalies have the ability to get hot and grab an early edge in a series. It should be a concern for any team in the Western Conference.

It certainly is for Winnipeg Jets sniper Patrick Laine.

My game is probably gonna look terrible since I haven’t skated for two months… It’s always a struggle to come back after a long period when you haven’t skated.-Patrick Laine, Jets forward

Between the pipes, Vegas should get strong goaltending from Marc-Andre Fleury or Robin Lehner, so it’ll be up to their offense to advance to the later rounds. Scorers like Max Pacioretty and Reilly Smith will need to quickly get into midseason form and continue the offensive success they had in the regular season. Since scoring is projected to be low in the opening games, it’ll be important for the Golden Knights forwards to shake off any early rust.

If the Golden Knights score 3.5 goals per game like they did last postseason, the backend duo of Fleury and Lehner should save enough to clinch multiple playoff rounds. The question is which goalie will take on the heavier load?

The intimidation factor of a goalie. I think a goalie can get up to speed a little bit quicker than they offense can. Carey (Price) is a guy that can definitely steal a series. Vasilevskiy can steal a series.-McGuire, NBC Sports

Vegas has the goaltending and the offensive talent to go on a run, however, it will all have to come together at the right time. If the offense struggles, it could come down to which Golden Knight goalie has the longer leash, and if Pete DeBoer pushes the right buttons going back and forth.