Last year the Golden Knights got back atop the individual awards podium when Marc-Andre Fleury took home the Vezina Trophy. Before that Vegas had seen wins by William Karlsson (Lady Byng), Deryk Engelland (Messier), Gerard Gallant (Jack Adams), and George McPhee (GM of the Year) all in 2017-18.

With a stacked roster and the expectation of being a Cup contender once again, there’s a good chance a VGK player could win another individual award this year. Recently, William Hill listed all of their awards futures on the mobile sports app and all are available to bet right now. Here are the VGK candidates. 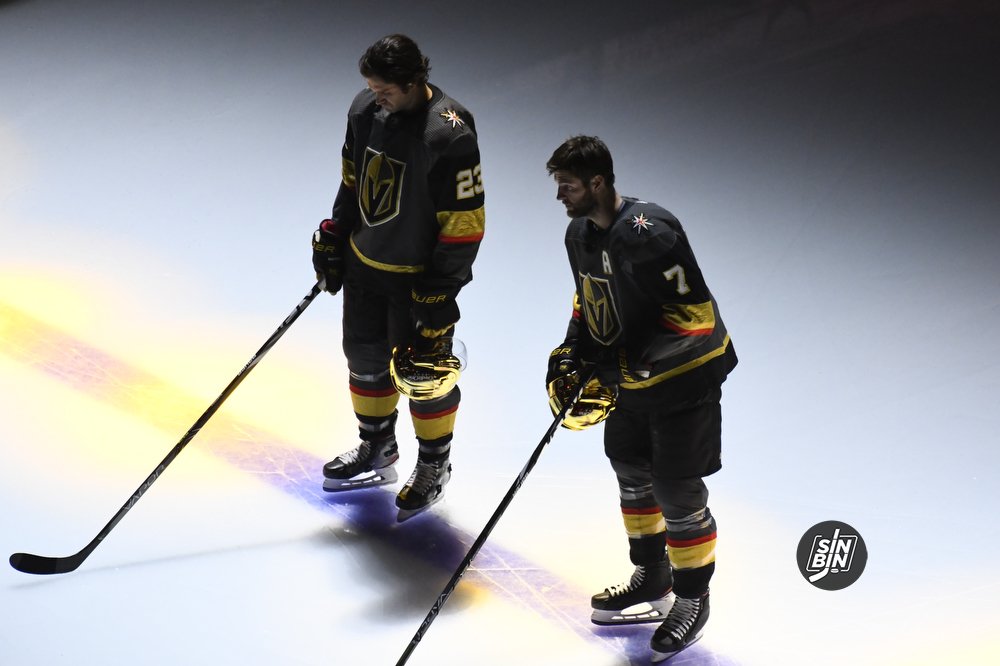 As the odds suggest, this truly is a toss-up between Theodore and Pietrangelo. While Shea had the much better regular season and finished 6th in the voting a year ago (and the year before), the postseason put in by Pietrangelo was the closest thing the Golden Knights have ever seen to a Norris-level performance. Martinez was stellar in the playoffs but his chances of being a true Norris finalist are probably long gone.

Lehner clocks in as the 8th favorite to win the award despite taking over the starting job of the team that just the Jennings. He’s double the price of Fleury and much higher than Philipp Grubauer who is set to play for the expansion Kraken. It’s rare to get good value on a Golden Knight player in one of these, but this one actually looks like it’s decent value. $50 pays $1,000 for a goalie that’s been in the top three before.

As much as I love Lehner on the last one, I hate him in this one. Heck, I hate all of the Golden Knights in this one, mainly because they all play together. It takes 125 points or so in a full season to win the Hart and there’s yet to be a Golden Knight to even reach 90 (and there probably won’t be again). Stone at 30:1 is clearly the best option, but even that seems like it should be closer to 50 or 60. Stone is 16th on the list and the highest Golden Knight.

If you must take one, the best option value has to be Pietrangelo. If he goes off and has a point per game while the Golden Knights repeat as Jennings winners, maybe. That still probably won’t even get him top five though.

I was planning on leaving these out, then I saw Tatar’s name listed among the lot and I thought, I have to include this. Imagine a world in which the newly signed New Jersey Devil puts in a better season than Connor McDavid. Schmidt for Norris seems almost as ridiculous but at least he’s headed to a place where he was a good chance to be the #1 D-man once again. If Fleury repeats as Vezina winner and pays out that 10:1, let alone Hart at 60:1, there’s a chance City National Arena is burned to the ground.