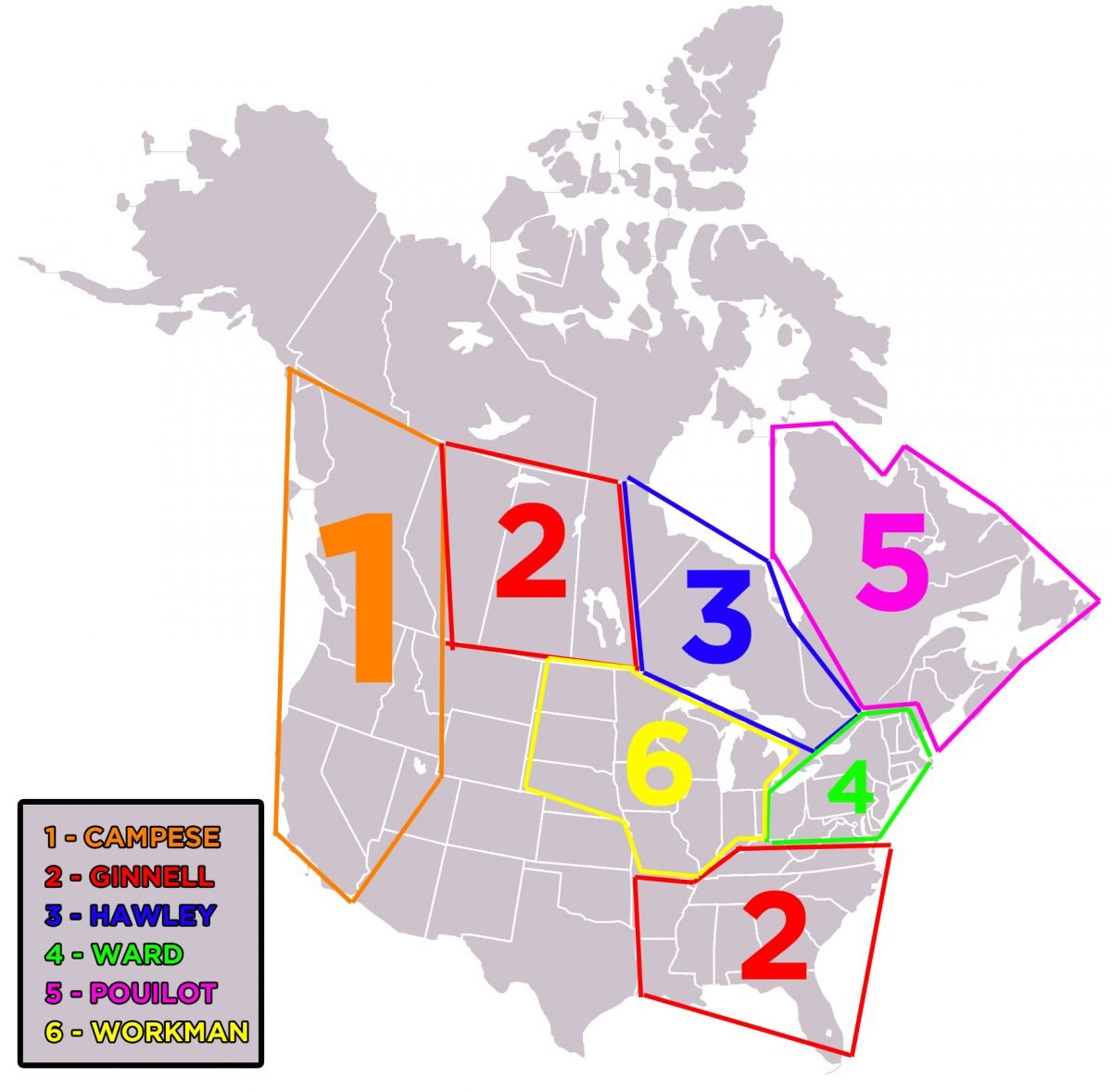 This is just an estimation, but here’s how I came to this map.

Bruno Campese, Mark Workman, and Raphael Pouliot were the easy ones. Based on their histories, it’s almost certain they’ll be stationed in the Northwest, Midwest, and Northeastern Canada respectively. Peter Ward was previously with the USA Juniors but was most recently working as an agent with an agency in the Northeast. He’s also spent time in Michigan and Boston in his past, so I slotted him in for the New England area. Erin Ginnell was the tough one as he’s been an amateur scout in the NHL for a long time. He probably could scout much of North America, but the two areas that make the most sense are the Alberta/Saskatchewan area or the Southeast where he spent his time with the Panthers. That left us with Kent Hawley who has been scouting for the Oilers but also spent time in the Michigan area.

The team does not have a scout that would make much sense to scout the area around where the major league club will play their games, the desert. My guess would be someone from the area, possibly a former Wrangler or Thunder player/staff member would make sense. Otherwise, I’m sure the Kings, Coyotes, Ducks, or Sharks have some guys down here we can scoop up.

Finally, I’d expect to see at least one more scout to handle Canada. It’s obviously the gold mine of the NHL, so it would make sense to add a few more guys to scout up there.

It will be interesting to follow how many scouts they wind up having by the time they make their first draft pick in late June of next year. 12 appears to be the target number, but The Creator isn’t going to suddenly get cheap if McPhee wants to expand the staff, so it’s not out of the question to think there are still five or six more in the works.