The Golden Knights visited Metro Police Department’s headquarters in the early afternoon, then the Las Vegas Convention Center to meet with families of victims, followed by United Blood Services to see blood donors. Media was invited to the first and last gatherings. 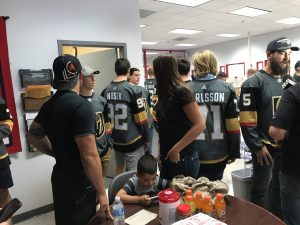 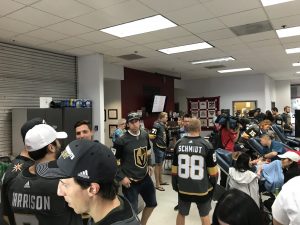 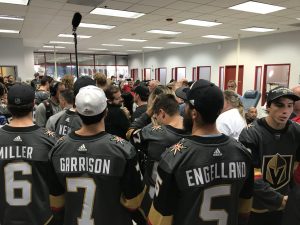 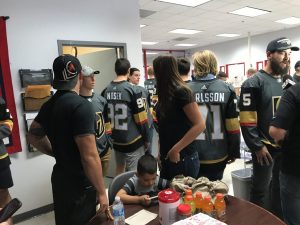 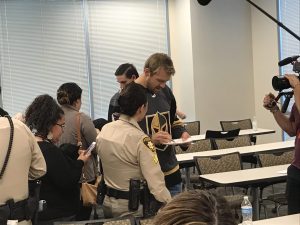 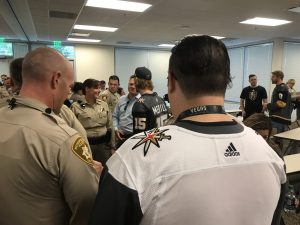 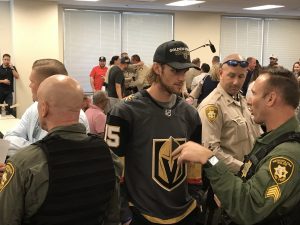 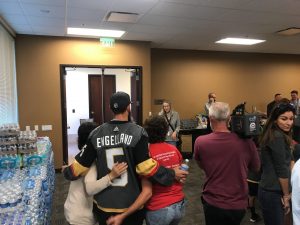 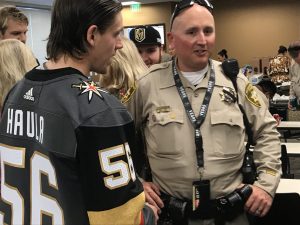 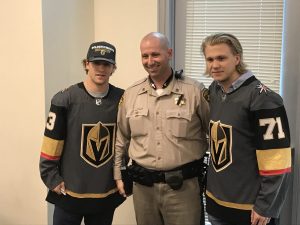 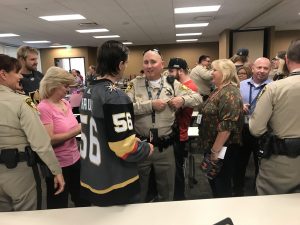 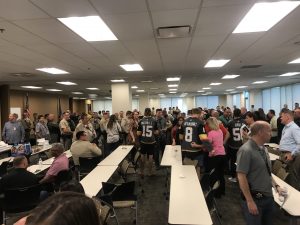 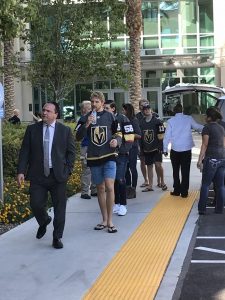 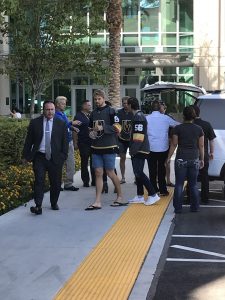 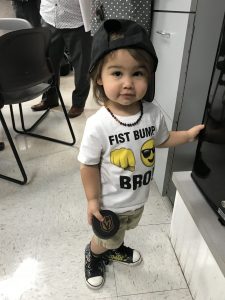 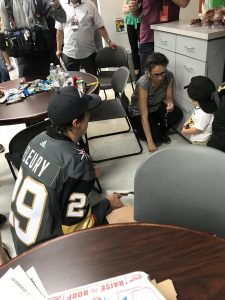 Fleury and Merrill converting fans young. Took him a minute to come around but young Jack is fully on board now. pic.twitter.com/rXQQBoDJzv

Sometimes NHL players show up at work and you’ve got nothing to get signed. #Improvise

10 Golden Knights Were At Cosmopolitan During Incident