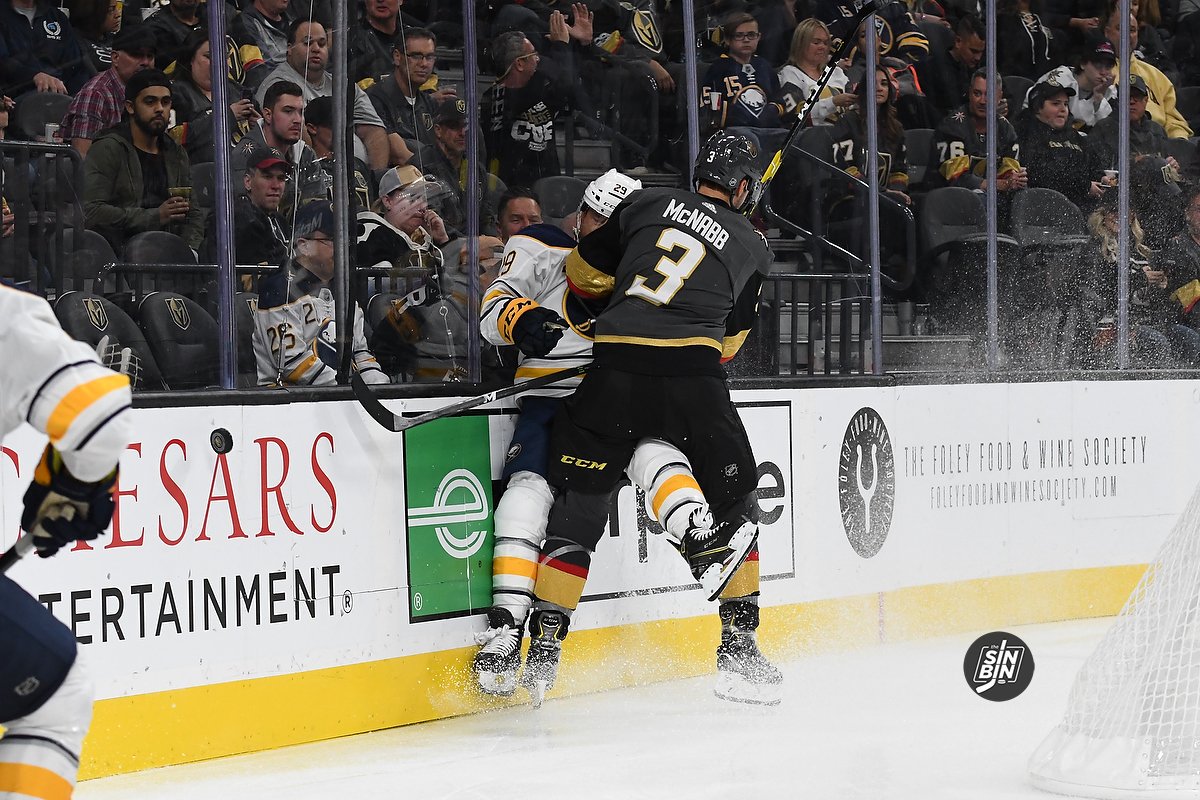 Whenever games do indeed resume for the Golden Knights it’s probable they’ll be without their entire top pair on defense. Brayden McNabb was placed on injured reserve last week and then Alex Pietrangelo appeared on the COVID list and said he was experiencing mild symptoms.

Thus, when Vegas hits the ice again, they’ll need replacements for two of their top four skaters in ice-time.

Before we get into the replacement options, and there are quite a few, we need to take a look at where the Golden Knights sit against the cap with McNabb on LTIR and Pietrangelo out.

By rule, LTIR can be used for those who test positive for COVID, but that automatically rules the player out for 24 days and 10 games. To this point, Vegas has not used that option with Pietrangelo, which means his $8.8 million salary continues to count against the cap, even if he can’t play. McNabb was placed on LTIR which allows the Golden Knights to exceed the cap by $2.5 million, but performance bonuses are likely going to continue forcing Vegas to choose between Cody Glass and a sixth defenseman.

So, let’s say they do indeed go with six defensemen. The clear first options would be the two defensemen that have been on the taxi squad for the entire season, Nick Holden and Dylan Coghlan. If that’s the plan, the lineup will likely look like this…

However, there are other options, and a few good ones at that. In the AHL, the Golden Knights have a pair of defense-first players that might fit better in the absence of Pietrangelo and McNabb. Those two acount for nearly 60% of the defensive ice-time on the penalty kill. While Holden can fill one of those roles, Coghlan is not the ideal option. That would leave either Hague or Theodore to fill-in, which is do-able, but not optimal.

So, Carl Dahlstrom and Jake Bischoff both have to be considered as feasible options. Here’s what we’re looking at if they go with one of those two along with Holden.

However, the best option might be a combination of both. Coghlan offers the most offensive upside of the potential options. He’s a smooth skater, has a rocket shot, and he’s right-handed, like Pietrangelo. At this point in his career, comparing him to Pietrangelo is ridiculous, but if you are looking for the closest thing to a like-for-like fill-in, Coghlan is the best Vegas has. If they do choose to go that route, maybe leaving Hague out is the best choice they can make.

If Vegas decides to stick with the 13/5 plan (which DeBoer openly mocked a week ago), Holden is probably the best option at this point.

No matter how it shakes out, the Golden Knights are suddenly incredibly thin on the back end. They’re almost guaranteed to have two rookies in the lineup and there’s a good argument that the best option they have includes three.

McNabb going on LTIR puts him out until February 22nd at the very least, and potentially later if the postponed games don’t count against the 10 game requirement. As for Pietrangelo, he’s at least 10 days away from his positive test, which puts him back in the lineup as early as February 7th, but that still seems optimistic at this point.

We knew the depth of every team was going to be tested this year. For Vegas, that time has come early. Luckily, all they have to do is keep their head above water thanks to their brilliant 5-1-1 start.

Carp: Welcome To The Weirdest Week Ever!

Power Play Improvement Could Turn VGK From Great To Elite