“We’ve Got To Play Fast” 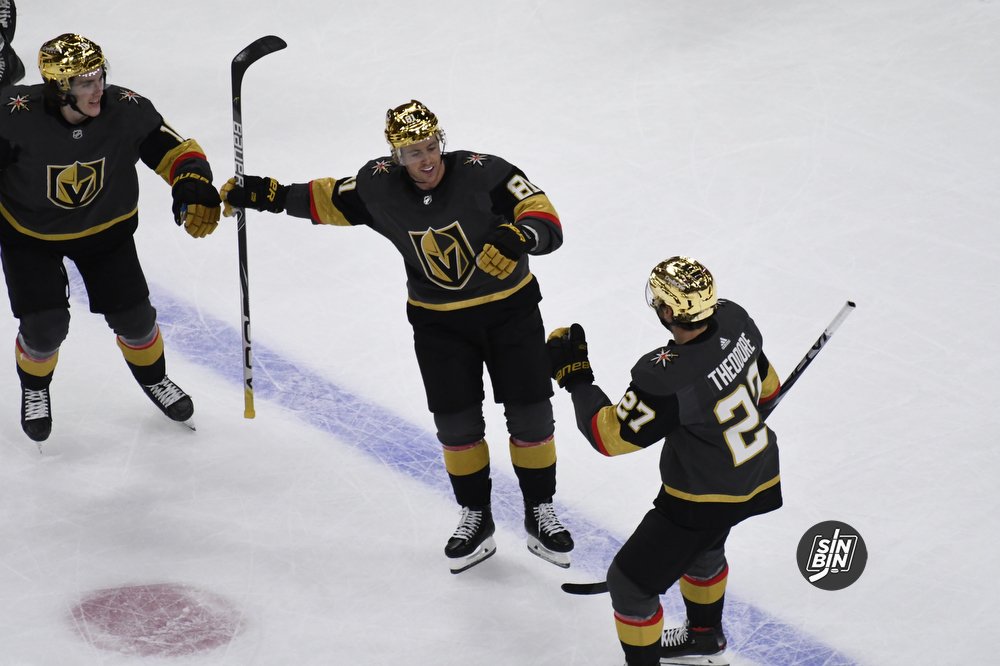 That’s the message coming from the Golden Knights ahead of Game 2 against the Minnesota Wild.

After a Game 1 in which Vegas posted 42 shots while being shut out, the Golden Knights are looking for a repeat of the 1st period as opposed to what happened in the last two and overtime.

Jonathan Marchessault, who recorded four shots in 16:45 of action in Game 1, agreed.

We’ve got to play fast. As soon as we get the puck we’ve got to go north with it super fast. (We have to) give good options to our defensemen and get inside the coverage inside the o-zone when we have possession and obviously make life a little tougher on Cam (Talbot) and be more in his area. -Marchessault

The Golden Knights do not seem rattled by the Game 1 loss despite the outcome looking eerily similar to the games in Edmonton that ended the 2019-20 campaign.

We’ve got to stop focusing on what they do and we have to focus on what we can do to be successful. It comes back to playing fast, getting quality shots, and getting secondary chances in front of their goalie. We had 40 wins this season doing that so there’s no doubt in my mind if we do that we will be winners tonight. -Marchessault

Absolutely we want to get more quality shots but we still generated 40 plus shots and there were quality shots in that number. If we had generated 15, I would be a lot more concerned right now about our ability to score. We have to do a better job of generating some more quality looks and inside looks. There are things to improve at but the sky isn’t falling for sure. -DeBoer

However, that doesn’t mean the games in the bubble aren’t still on their minds.

They have really good defensemen, they play well, they are structured, they keep us to the outside. But we can’t overthink it. Like last year we were overthinking against Dallas. We were like ‘oh we’ve got get to the front of the net.’ Let’s just play hockey. Play in control with the puck and things will open up if we support each other and are close to each other. -Marchessault

It doesn’t appear the Golden Knights are looking to deploy a new style tonight against the Wild. Instead, they want to get back to what they’ve done best. Play fast, play with the puck, and finish the way they have all season.

They need to actually do it though. Because if they don’t, the sky will be falling in Vegas.