Western Teams Getting Ready To Beef Up For Vegas 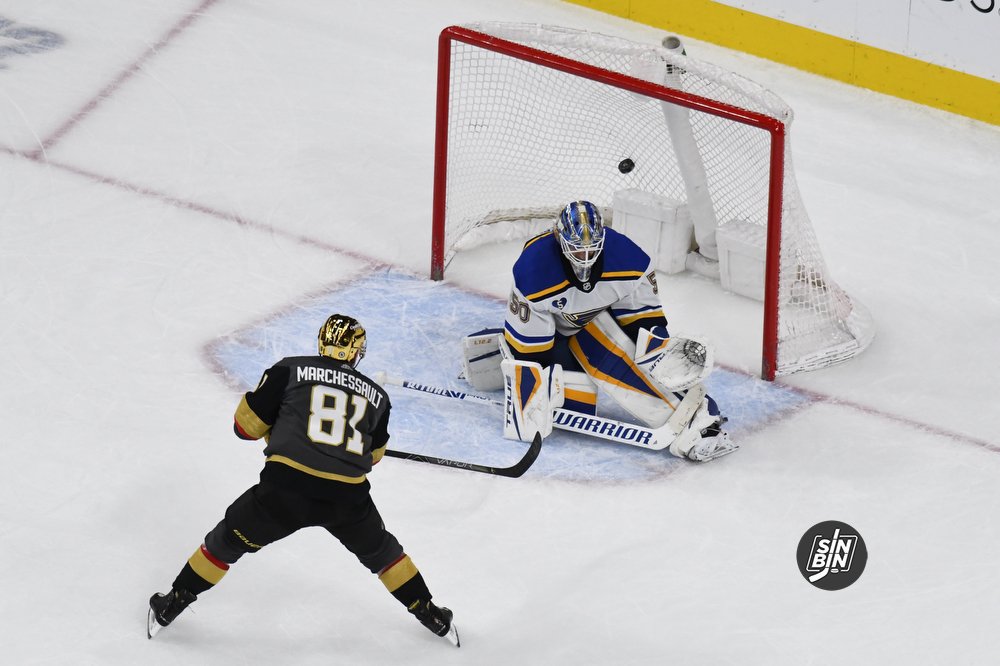 It’s possible several big names will be dealt on or before the NHL’s trade deadline day this year. One team we expect to be sitting this one out is the Golden Knights, unless they are sellers, but that’s for another day. The local club already made their deadline deal in November by trading for center Jack Eichel. When you consider they’ll also be getting Max Pacioretty and Alec Martinez back from injury, you could argue Vegas already won the deadline.

So, while the trade deadline may be boring for VGK fans it could be very busy for other fanbases. Specifically, teams that’ll have to face Vegas in the postseason. Some of those teams have lofty goals as well but most likely they’re not getting to the finals without going through Vegas first.

The Oilers are in trouble. The club isn’t scoring and they’re rapidly dropping in the standings. Even before Connor McDavid tested positive for COVID, the Oilers went on a miserable stretch scoring six goals in five games with a goal differential of -14. Currently, they’re on a five-game dip and are having a hard time digging out of it. Scoring is one problem up in Edmonton but it’s not their biggest.

With McDavid and Leon Draisital, the goals will eventually come but stopping them is a bigger concern. Tippett’s frustrations came out poorly, pointing his finger directly at goalie Mikko Koskinen. Which wasn’t taken well.

It’s not nice for anybody to be thrown under the bus. But this is how it goes in this business. When the team loses, it’s either coach or goalie who gets sacrificed. I have to be better, but at the same time we scored seven goals in my last six losses. I can’t score goals. It’s not only about goaltending when it comes to winning and losing. -Koskinen, Oilers goaltender

It’s understandable why Koskinen was iritated by his coach’s comments and good for him for responding but he should’ve kept it shorter. Now there a speculations that the goaltender has lost Edmonton’s locker room. So on top of his bloated 3.19 goals allowed average he’s creating friction. Bottom line is the Oilers are in the market for a goaltender. And surprise, surprise the biggest name on the market is tonight’s opponents netminder.

Fleury — who has a 10-team no-trade list — might be the biggest netminder name out there if available and none of the above teams has as great a need, or as much urgency to address it, as the Oilers. If Fleury was open to going to Edmonton, finding the right price could be tricky. He’s a rental and, presumably, the Hawks would need to retain cap space on his $7 million tag, so that could add an asset. With the other needs in Edmonton’s lineup, paying up for a rental at any position may not be the chosen course. But if you want someone who you could feel good about making a difference now, Fleury is it. -Rory Boylen, Sportsnet

Elliott Friedman also wrote about Fleury being an option, if the right deal was in place. The former face of the Golden Knights knows the division and has won in the West. Since 2017, the first year Blackhawk is 43-21-7 against the Pacific division and an overall record of 83-16-9 against Western Conference clubs. Fleury’s presence alone would immediately improve the problems in net for the Oilers.

On December 5th, the Golden Knights fought off the Flames in a tight 3-2 game at T-Mobile. Calgary made a late push but ultimately fell to a deeper Vegas team. After the game Flames’ coach Darryl Sutter was highly complimentary of the Golden Knights.

Well, they’re the best team on paper, they’re clearly the best team out west, maybe other than the team that owns the Stanley Cup, if you look at it. -Darryl Sutter, Flames coach

On most nights the Flames have enough forward talent to scrape together three goals most nights but their areas that need to be addressed are in their backend.

As good as his team has been defensively this season, coach Darryl Sutter continually laments the fact his group of blueliners don’t move the puck as quickly as he’d like or get involved offensively often enough.

Fact is, every team could use more of that, so the bidding will be high on the former Flames captain come the trade deadline.

If the Flames can continue playing as one of the top teams in the west, GM Brad Treliving will feel compelled to bolster his back end for a potential playoff run. –Eric Francis, Sportsnet

If the Flames end up making roster upgrades it’ll certainly send a message to the Golden Knights and other Western heavyweights. They have the goaltender, the offensive talent, and a two time Stanley Cup-winning coach that could help them make a run. No matter how big of a move Calgary’s front office decides to make, Vegas will still be the favorite.

The Golden Knights have already had trouble solving the Blues this season. St. Louis and Edmonton are the only teams Vegas lost twice to this season. Having confidence is one thing but it’s possible the front office wants to make a deeper run than others expected.

After watching St. Louis dismantle Minnesota at the Winter Classic, I wonder if the Blues consider someone like Chiarot. It looks like a go-for-it year for them. –Elliotte Friedman, 32 Thoughts

Trading for a big, physical defenseman signals St. Louis is out for Western Conference blood. By adding a defenseman like Ben Chiarot the Blues front office would be showing confidence they can score enough in a seven game series. Chiarot helped the Montreal Canadiens knock off the Golden Knights last spring by logging heavy minutes and leading his team in hits. I’m sure that’ll be in St. Louis’ mind come trade deadline.

It’s likely the Blues are active at the deadline and make decisions solely on beating Vegas and/or Colorado. It would be a deep competitive series if the Golden Knights and Blues met in the playoffs and we’ll get a soft preview of a possible postseason matchup on the last day of the regular season. Most likely with Eichel in Vegas’ lineup. His addition could be the most impactful deal made this season.