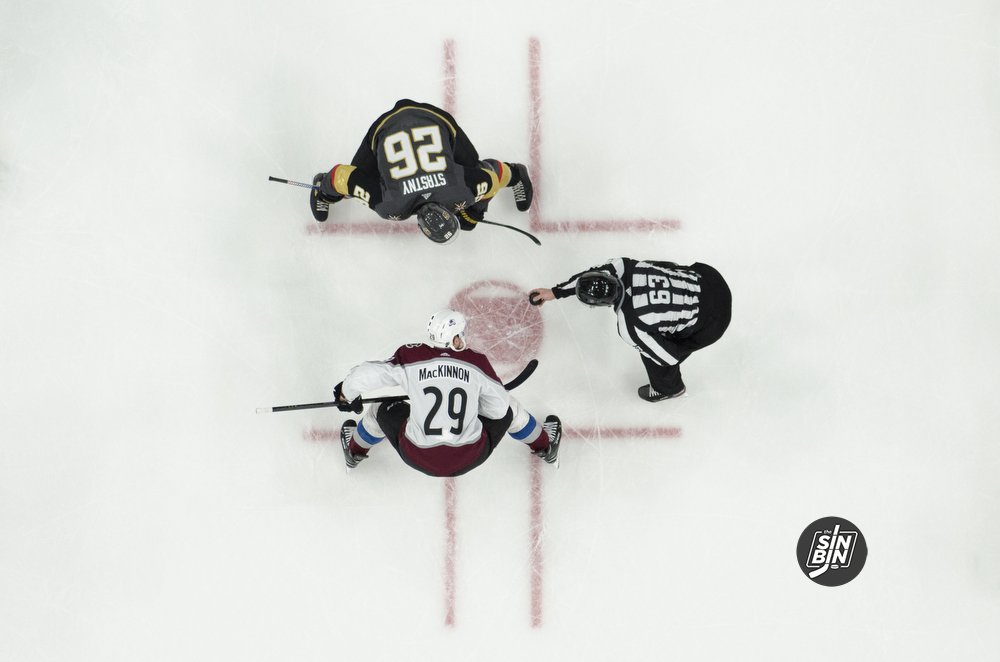 With the regular season over, points percentage no longer matters. When you only look at wins and losses, it’s visible Vegas struggled in Atlantic and Metropolitan buildings. So playing exclusively in a Western Conference, specifically a Pacific Division, arena could give the team a small boost.

Not to bring up bad memories, but two years the Golden Knights traveled East to play a really important series and things didn’t go so well in Washington. Not only did Vegas fall into a 3-1 series deficit but they were outscored 9-3 in the two games. Of course, things were different (or normal) then because there were 18 thousand Capitals diehards in the building.

Stepping back for a minute, it’s a neutral site so some of the disadvantages for Vegas can be ripped up. We only have numbers to show how the Golden Knights fared against the Eastern Conference and inside their own buildings. So chances are their low winning percentage against those teams would improve at a neutral sheet of ice anyway.

While the travel to Edmonton really shouldn’t hinder the two teams departing Toronto, there will still be timezone and ice adjustments that the western winner won’t have to deal with. Sure, it’s only a two-hour shuffle but if Vegas is still alive by the conference finals they’ll be situated in the mountain time zone for more than a month, not to mention having playing multiple series at Rogers Place. These might be minuscule advantages but if the Golden Knights get to the Cup Final, you’d rather have them than be facing them.