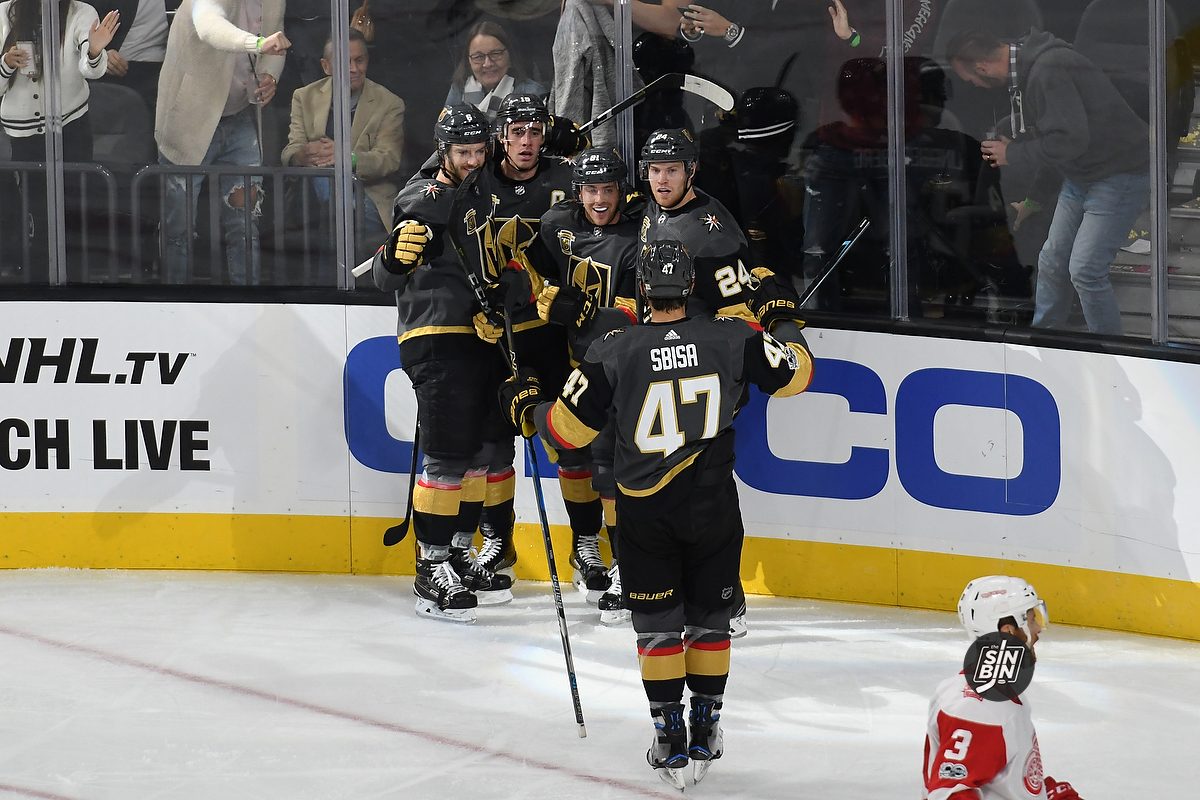 The Golden Knights are the wild-card of the NHL right now. After seven games, the new franchise is unpredictable. The overall balance of the team is surprising opponents and media dopes like us here at SinBin.vegas (we were convinced they were going 2-10 to start the year). The offense is scoring 3.2 goals a game, and getting production from all four lines. Sbisa and the defense handle high shot totals, 2-man advantages, goaltending injuries, and still find time to pitch in offensively. Heck, I’ll even throw in Gallant’s coaching as another element of team balance.

On 3-on-3, I don’t know what to say. Just try and go out there and try and contribute. It’s hard to explain the success. –William Karlsson

Will the loose, carefree style of play continue? Possibly. The results won’t be positive every night, but it’s believable this Vegas roster could have that ‘not afraid of losing’ attitude all season. The pressure of winning won’t come from The Creator, the GM, or the fans in 2018. Internally, the players and coaching staff know it’s okay to lose, which makes the risk that much easier to take. Not being afraid to lose is the definition of playing with house money.

Although I could have it wrong. Maybe, the Golden Knights are the house. Doesn’t the house always win? So many bad gambling puns, so little time.