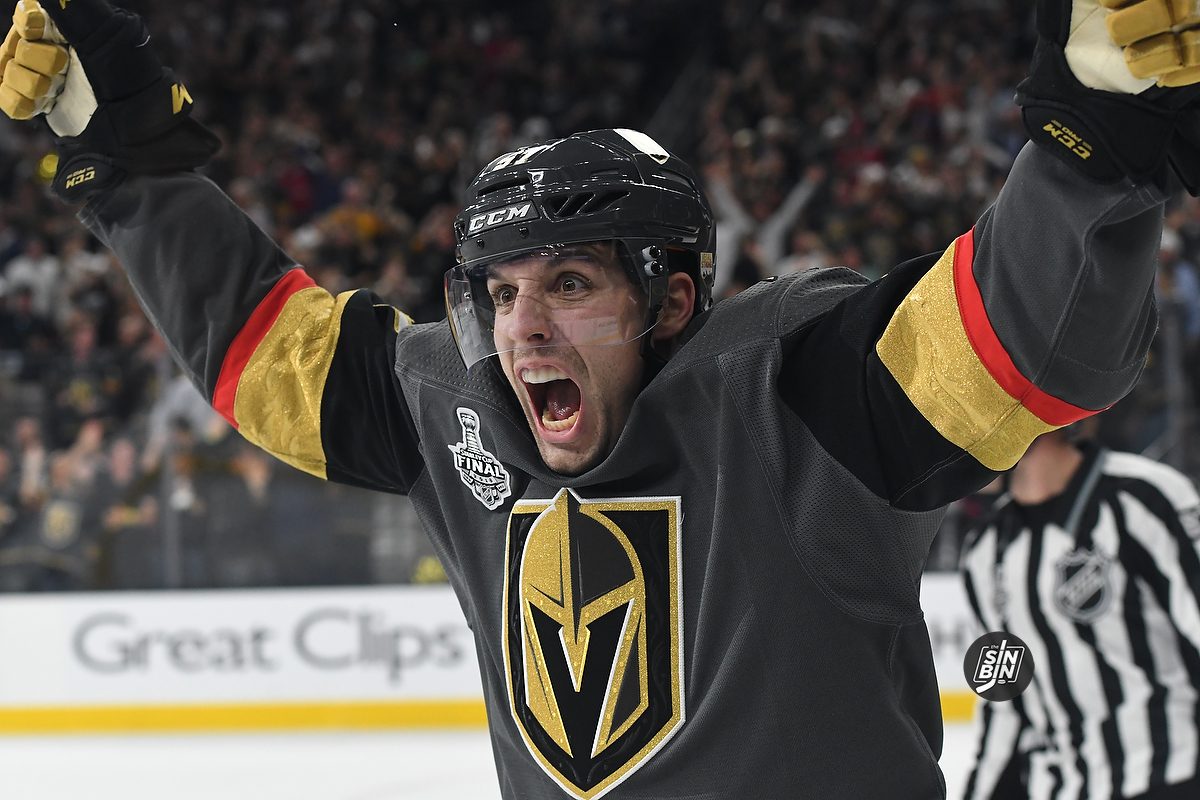 5 teams, 6 years, yet has never signed a contract with anyone other than St. Louis. (Photo Credit: SinBin.vegas Photographer Brandon Andreasen)

With the 26th overall pick in the 2007 NHL Draft, the St. Louis Blues selected David Perron. He quickly signed his entry-level contract with the Blues and began what has now become an 11 year NHL career. Perron has bounced around quite a bit over the past few years playing for a total of six different teams over the course of five seasons.

However, when it comes time to sign a new contract, one fact always remains with David Perron, he only signs with the St. Louis Blues. Perron has signed a total of five NHL contracts, in 2007, 2010, 2012, 2016 and now 2018. During that period he’s been a member of the Blues, Oilers, Penguins, Ducks, the Blues again, and the Golden Knights. Yet, he’s never signed a contract with anyone but the Blues, and that’s exactly what he did again this offseason.

I love St. Louis. This is the biggest reason why I came back. I didn’t even want to think about anywhere else. –David Perron to St. Louis Post Dispatch

But this isn’t to say Perron wanted to leave Vegas, because he absolutely didn’t. Multiple times during the year Perron mentioned how much he enjoyed living in Las Vegas and after the year he sounded like he wanted to come to an agreement with George McPhee. Alas, that didn’t happen and now his time in Vegas will always be seen as a “once in a lifetime” opportunity.

We had great chemistry. I mean, it’s a once-in-a-lifetime experience to go to a city like Vegas. Live there. Play hockey. And I don’t mean this in a bad way, but we were basically running the town at the end of the year. Everyone was on board. It was absolutely unbelievable. The crowds. I mean, again, it’s not something that you can live twice. You go from an expansion team, to really, by Christmas we didn’t feel like we were an expansion team anymore. We knew we had a good thing going and we were pushing every day to keep getting better. -Perron to St. Louis Post Dispatch

There were many reasons to keep Perron in Vegas, namely his career-high 66 points during the regular season, but in the end, the negatives outweighed the positives with the principal negative likely being his age.

Perron also missed two separate periods of time during the playoffs including once with what he described as a back injury. It’s possible the injury scared away the Golden Knights, but the Blues also seemed deadset on correcting their wrong.

All I know is how much I respect the team and ‘Army’ and Tom to basically in a way admit it was a mistake to expose me and trust that I’m gonna come back and be a good player for the team. -Perron to St. Louis Dispatch referring to GM Doug Armstrong and team owner Tom Stillman.

He earned his place among the Golden Knights who were running the town, and though we probably should have known he was always headed back to St. Louis, Perron was nothing but first-class the entire time he was in Las Vegas and deserves a very warm welcome.