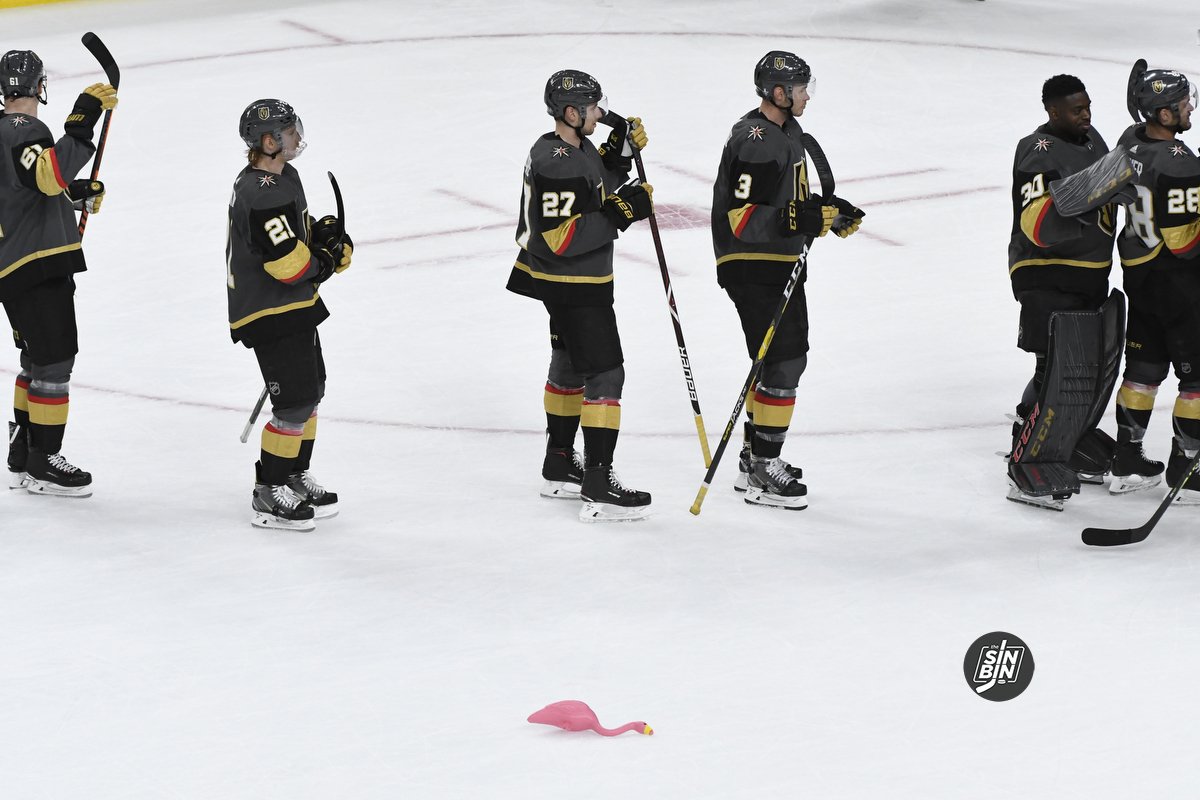 As the league calendar gets set to turn to 2019-20 all eyes seem focused on the color red.

Through the first two seasons, the Golden Knights have not had to worry much about in terms of the salary cap. In Year 1, the floor was as much in view as was the cap. In Year 2, money was being thrown around left and right for Marc-Andre Fleury, Paul Stastny, Max Pacioretty, Ryan Reaves, Nate Schmidt, Alex Tuch, Shea Theodore, and Mark Stone, but there still was no concern for reaching the cap. Now, as decisions need to be made on William Karlsson, Deryk Engelland, Pierre-Edouard Bellemare, Nikita Gusev, Jimmy Schuldt, and others and suddenly the salary cap is the main point of focus in Vegas.

George McPhee, Kelly McCrimmon, and the Golden Knights front office have plenty of ways to manage the cap. The most obvious way would be to make a trade or two to move some salary out. This may very well happen. But, despite what you may hear/read, it also may not.

The salary cap in the NHL is incredibly complicated. There are pages and pages of legalese that govern the league’s cap. It’s so complicated that almost every team in the league has a specific person on staff whose job is to do nothing but focus on the cap. For the Golden Knights, that’s Andrew Lugerner.

From the outside looking in, we don’t get to see the whole picture. We don’t have the entire rule book. Instead, we tend to rely on a birds-eye view of simply adding all of the contracts together to come up with a total number. In the Golden Knights case, that number is too high already, and they’ve still got work to do. But that’s not how the salary cap works. There’s daily accumulation, long-term IR, performance bonuses, two-way contracts, assignment clauses, buried contracts, buyouts, discounted cap hits, and probably numerous other loopholes we aren’t aware of.

Luckily, we don’t need to be, we just need to know that whatever is necessary, the Golden Knights have the ability to make it happen.

We are fortunate that we are not a budget team. We aren’t one of those teams that is always on the edge in terms of its financial performance. In fact, our financial performance has been very good and as a result, we can make some things happen that maybe some other teams couldn’t have made happen. -The Creator

That comment was made in regards to promoting Kelly McCrimmon to GM, but it can easily be applied to just about everything else with the organization. If there’s a way to gain an advantage, the Golden Knights owner is going to be willing to pay for it.

He did it in the Expansion Draft by allowing McPhee to add bad contracts for draft picks, he’s allowed the organization to go from an expansion team to one pushing up against the cap in Year 3, and there have been numerous stories of what he’s done in and around the facilities to make Vegas one of, if not the, best place to play in the NHL.

So, if there’s a way to use some of The Creator‘s money to help the Golden Knights get under the cap, McPhee will have the green light to do it.

Just never forget that when we see the red number next to Vegas’ name that we are only seeing the tip of the iceberg. Things do need to happen for the Golden Knights this offseason, but they may not always be things we see. The reason that’s possible is ownership’s willingness to do whatever it takes to create, in his words, “a dynasty.”