The Golden Knights came out firing after an incredible opening ceremony to kick off the playoffs. A Shea Theodore goal about four minutes into the game kept the crowd going and gave the Golden Knights the start they wanted. A penalty ridden rest of the first ended 1-0 Vegas. The 2nd and 3rd, for the most part, were a game of Vegas trying to control play and stay fairly conservative in their own end. They dominated possession and barely allowed much by the way of shots let alone chances for about a 35 minute stretch. In the final four minutes, the Kings poured it on a bit more, but Vegas withstood it without any problem. Massive win for the Golden Knights to take the lead in the series.

Upcoming stories from the Vegas Golden Knights vs. Los Angeles Kings in Game 1 of Round 1 of the Stanley Cup Playoffs at T-Mobile Arena.

Playoff hockey, in Las Vegas, is underway. Wow, this actually is real life.

Who would have ever guessed it. VGK scores almost immediately! Welcome to the playoffs, they are still the same Golden Knights. LET'S GO! #CupIn1 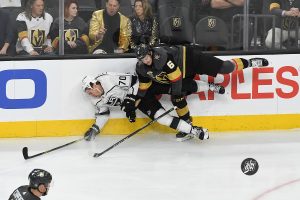 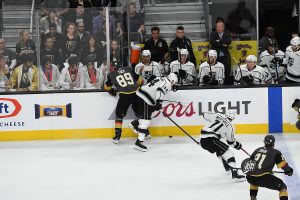 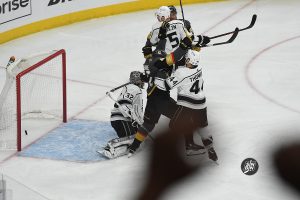 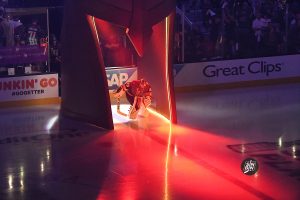