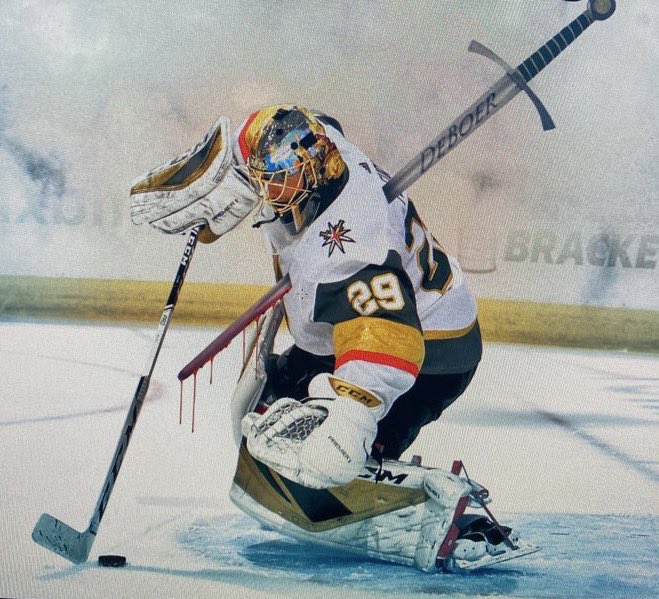 One of the common themes swirling around the Golden Knights for the past few seasons is the concept of loyalty. Actually, in VGK’s case, it’s a lack of loyalty, but you get the point.

In an unabashed quest to improve the team at all costs, the Golden Knights have had to make some difficult decisions along the way. It’s easy to applaud them for the gusto missing from many front offices around the league, but the bubbling undertone of crossing the unwritten line between hockey business and the mistreatment of people is becoming unmistakable.

Vegas treats you great until they don’t. They’ve gone from the team of opportunity, the ‘golden misfits’ or whatever, to the ‘evil empire.’ I think as long as they win they’ll avoid problems, but if they have a losing season, watch out. –Anonymous NHL agent to The Athletic

Unfortunately, the Golden Knights stopped winning last year and a not-so-anonymous agent thinks it could start to bite them moving forward.

In Vegas, no player is safe. Several players have made the comment now that no player is safe. At any time the rug can be pulled out from under you and if it’ll happen to Marc-Andre Fleury, trust me it can happen to anybody. Some players are going to ultimately decide to play in that environment and don’t care but other players are going to value being in a place where there is a sense of loyalty and stability and appreciation that goes both ways. –Allan Walsh on Agent Provocateur Podcast

Now that the Golden Knights have officially rid themselves of all Walsh clients, he’s not holding back on sharing his feelings publicly about the way Vegas operates.

There are many players who have been made promises by owners, by GMs, you know “you’re going to retire here, you’re family, I love you like a son.” And then a year later get traded and it’s like “oh well, I didn’t want to do it, it’s a business.” Come on. –Walsh on Agent Provocateur Podcast

Of course, Reilly Smith re-signed a lengthy deal with the Golden Knights this offseason, and Alec Martinez, Robin Lehner, and Alex Pietrangelo have in the past 24 months as well, indicating the harsh nature of Vegas’ win now attitude hasn’t dissuaded players from sticking around to this point.

The question remains about the future though.

Will the Golden Knights continue to be able to attract top free agents as they have in the past? And if so, will they be forced to keep handing out debilitating no-move/no-trade clauses in the process?

The newest head coach signed a five-year contract, the longest in VGK history, probably in large part due to the team’s willingness to move on from coaches at the drop of the hat. However, he wouldn’t admit it publicly when pressed at his introductory press conference.

It’s a topic that isn’t going away any time soon, and certainly won’t if the GM keeps unprovokingly bringing it up in pressers.

It’s hard to argue it has affected the Golden Knights at all to this point, but when powerful voices keep pushing the narrative, it’s impossible to believe it won’t at some point in the near future.

Kolesar Contract Works For Everyone Involved