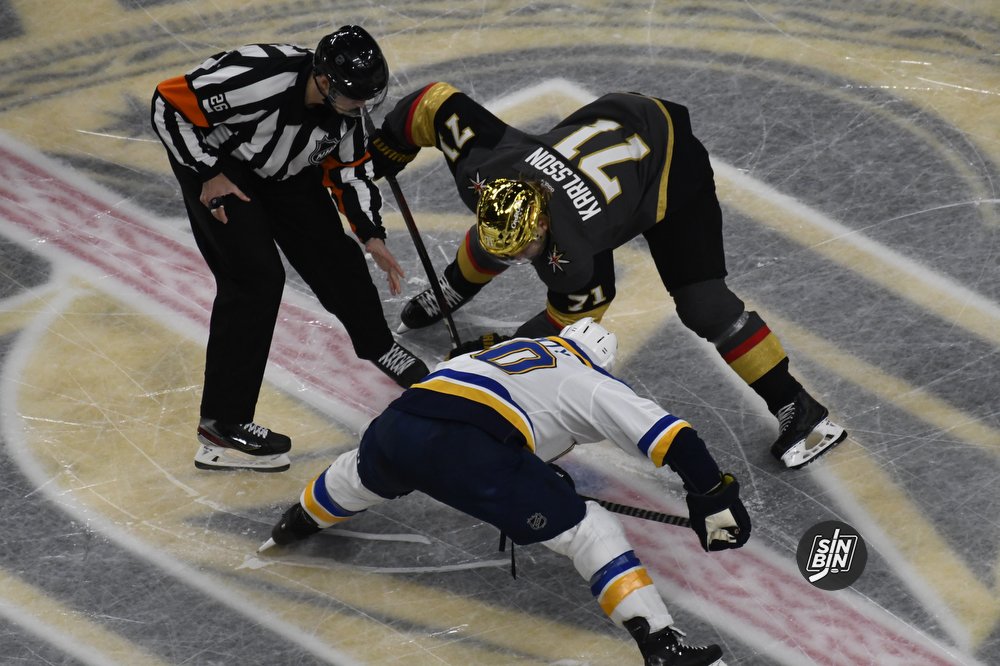 The Golden Knights are not afraid to quickly erase their mistakes. As aggressive and encouraging as that is it usually ends up costing them a hefty price to do so.

Sort of like losing a deposit after terminating a timeshare you foolishly signed up for the day before. Of course, it sounded great at the time. The vacation club, the free drinks and lunch, the tour of the facility, heck they even threw in three free nights at Excalibur! How could you possibly say no to the guy pressuring you as if his life depended on your enrollment?!?

Now compare that to several notable subtractions made by the Golden Knights over the past few seasons.

It seems likely the Golden Knights will once again be wheeling and dealing for cap space this summer. Under their current situation, Vegas will need to rid themselves of several contracts this offseason.

It may be ridding themselves of contracts they recently signed (Martinez, Brossoit) one they traded for last Summer (Dadonov), or even a few that now look like overpays from the past (Karlsson, Pacioretty, Lehner). Whatever direction they head it won’t end well from a return on investment standpoint for the Golden Knights. Whether it be shipping expendable prospects, retaining salary, or most detrimental, trading away another draft pick with another unwanted player.

Another target possibly worth discussing with LV. Cap hit: $5.25M. Turns 35 this summer. 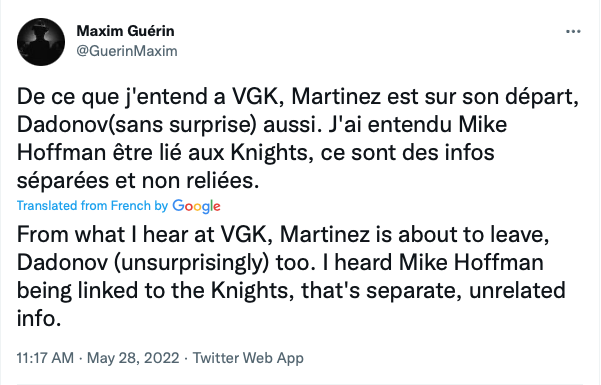 We’re not big into rumors here at SinBin.vegas and we don’t have much reason to believe either of these reports, but it’s hard to deny the fact that Martinez could be the next cap casualty for VGK.

The left-handed defenseman is 34, cost $5.25M and has limitations. Golden Knights fans are well-aware of the impact Martinez has had since his arrival in 2020. He added immediate leadership and intangibles that VGK desperately needed at the time. You could argue Martinez is paid in full to block shots. In that case, it was money worth spending. Sure, maybe a little too rich for his age and durability but the team found his services highly valuable. Less than a year after his inflated extension the Golden Knights are now in a position to move him.

Another potential cap casualty is a player the front office tried to move at the trade deadline. At age 33, Dadonov is another obvious choice to lop off for cap relief. It’s no secret Vegas would like to shed his contract based on their failed actions on trade deadline day. Now the front office can take their time to find a suitor willing to take on salary AND not on Dadonov’s no-trade list. Again, the departure will cost Vegas assets, making it another annual cap correction. It is possible teams would entertain adding Dadonov to their bottom-six but it’ll likely be a lopsided trade (probably worse than the one at the deadline that was voided).

With the late-season emergence of Logan Thompson, the Golden Knights will probably look to trim some fat off in net too. Assuming Robin Lehner has fully healed it’s much more likely they address backup than starter. Laurent Brossoit was signed last offseason to support Lehner as an experienced number two. Unfortunately, the front office paid too much for a position that should cost close to the league minimum. Brossoit could be shuttled out of Vegas for relief and create a backup position for Thompson. The Golden Knights would likely take a hit considering their backup is coming off surgery and is guaranteed $2.3M. Again, there’s a way to free up space but there will certainly be a tariff.

There are several other names you can throw into the mix. Maybe, the Golden Knights aim for cap relief and acquire desirable assets from another club. William Karlsson would be a possible target for teams searching for a second or third line center. Locked into a somewhat reasonable deal for another five seasons, other franchises could use Karlsson to upgrade down the middle of their lineup. More cap space and possibly a second or third round draft pick could heal some of the wounds. Of course it would weaken VGK’s center depth but that’s the risk when the team is constantly juggling the cap.

It’s also possible the Golden Knights are fearful of frivolously moving players because of another season marred by injuries. Last year they had months to address their cap stabilization but held tight and played the cap game every day of the regular season. In theory, they could do it again.

No matter which way they go, the roster on Opening Night won’t look like the one that took the ice for those fateful games down the stretch in 2021-22. And it won’t just be because of the new guy standing behind the bench.