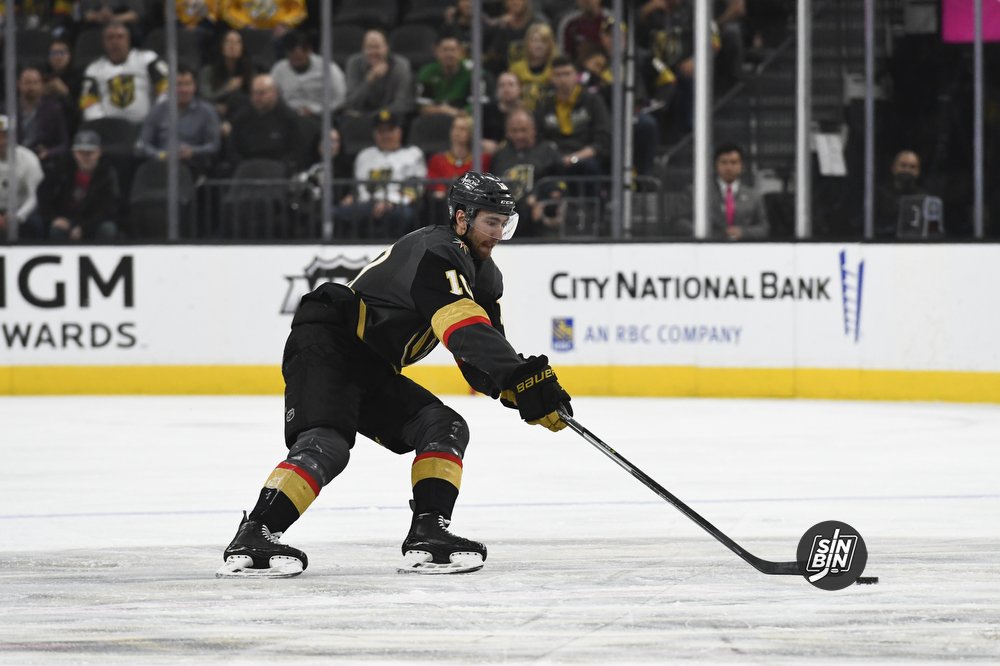 After defeating the mighty Colorado Avalanche by stimying them in the neutral zone and then watching it fall apart against the more patient Montreal Canadiens, DeBoer opted to swap out that system for the one that helped the Tampa Bay Lightning hoist consecutive Stanley Cups.

Vegas shifted to a 1-1-3 neutral zone setup where a forward drops back to the blue line along with the two defensemen. (We did a video detailing the 1-1-3 and what it was supposed to achieve.)

This year, with the new boss behind the bench, the Golden Knights plan on returning to the system they ran for almost all of the first four seasons of the franchise’s existence.

It’s more of a 1-2-2 than the 1-1-3 that Peter used last year. It’s similar to the one he originally used. For the guys that were here, it should be relatively seamless. It’s just about reminding them and getting them back into the habits and details. So I don’t anticipate many issues there. Even players that come from other teams are probably familiar with it. -Bruce Cassidy

Despite showing almost exclusively clips of the Boston Bruins to help implement the new defensive zone system, Cassidy is leaning on the 2021 Playoff film to help re-install the 1-2-2 setup in the neutral zone against opposing breakouts.

They played a different neutral zone against Colorado, Montreal, and Minnesota in the playoffs (than they did last season) and we’ve looked back at that. So some of it is definitely familiar to them. -Cassidy

Through two preseason games, the Golden Knights appear to have picked it right back up where they left off. It was especially evident in the game last night against the Los Angeles Kings. Vegas was able to constantly force the Kings to either turn the puck over, restart the breakout, or dump it into the zone making it difficult for LA to generate much offensively.

Vegas forced nine takeaways with many coming in the neutral zone. They also allowed just 35 shot attempts with only 18 making it to the goalie. Most of the work was done in the neutral zone by making zone entry challenging all night on the Kings.

Maybe one of the biggest benefits that could come with this system change is Shea Theodore’s impact in the transition game. Last year, Theodore seemed to struggle a to generate much offensively off the rush due to his responsibilities in the 1-1-3 system. In his first game back in the 1-2-2, he was noticeably more active making plays in the center third of the ice and instantly turning the play the other way.

Time will tell if the return to the old system will pay off in the long run, but the short-term meaningless game results have been good so far.