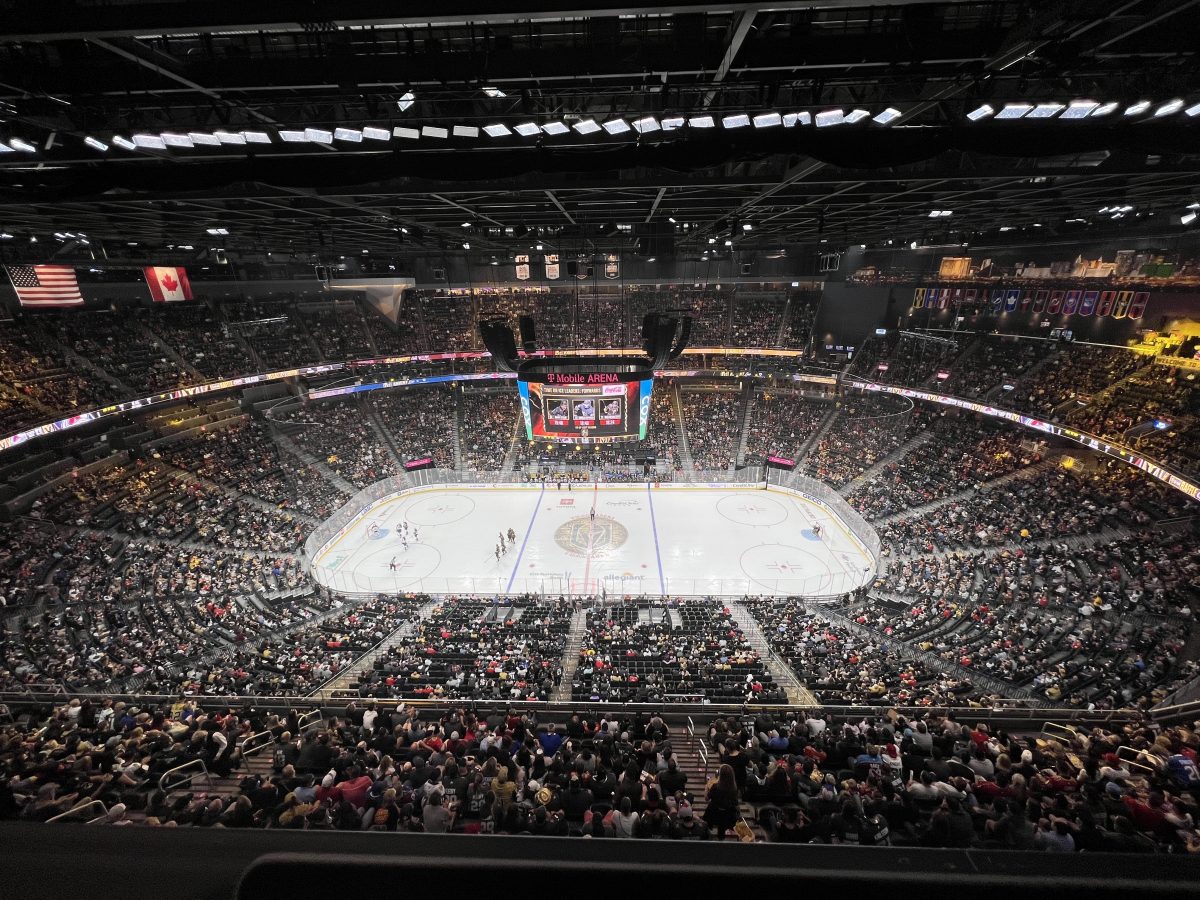 When The Creator decided to name his team the Golden Knights, he did it with the idea that they would follow a very specific mantra. “We will never give up and never give in. The Knight always advances and never retreats.”

It’s clearly a cliche and for my money incredibly hokey, but to this point in the 2021-22 season, it’s about as good a way to describe the Vegas Golden Knights as possible.

Tuesday night’s game was yet another example in a long string of games this season where the Golden Knights have seemingly rescued a point in the standings they had no business of picking up.

Maybe you don’t deserve a point, but you hang around, our goalie was good, and we were opportunistic. -Pete DeBoer

It was the 6th time this season in which Vegas has entered the 3rd period trailing and walked away with at least an overtime loss.

We could have folded the tent and just accepted defeat, but it was a good comeback by us. -Mark Stone

That’s just never what the Golden Knights do. Sure, they’ve lost 10 times when trailing to begin the 3rd, but look at some of the comebacks they’ve put together this season.

October 27th, at Dallas, the Golden Knights were down a goal with 1:02 left. They tied it and then went on to win in overtime. (2 points)

November 11th, against Columbus, Vegas trailed by two goals in the 3rd period. They scored a shorthanded goal before netting the go-ahead and game-winner with less than seven minutes to go. (2 points)

December 8th, against Dallas, the Golden Knights scored three times in less than six minutes in the 3rd period to turn a 4-2 deficit into a 5-4 win. (2 points)

December 17th and 19th, a couple games in New York, first the Golden Knights scored late to tie the Rangers, then the next night they had an Isles goal called back for offside before netting the equalizer with less than a minute to go. Vegas would win both in shootout. (4 points)

January 2nd, against Winnipeg, the Golden Knights scored with nine seconds left to send the game to OT. (1 point)

January 11th, vs Toronto, a shorthanded Vegas roster scored twice in the 3rd to push a sure loss to overtime. (1 point)

January 20th, against the Canadiens, the Golden Knights looked like they were going to take an embarrassing defeat to one of the worst teams in the NHL. Instead, they netted a power play goal before hitting the game-winner in OT. (2 points)

And finally, Tuesday in Carolina, where the Golden Knights trailed by two on multiple occasions to one of the most potent teams in the league. They fought through it and sent the game to overtime. (1 point)

That’s 15 points out of Vegas’ 53 that can be directly attributed to “never giving up and never giving in.” If VGK got none of those points, they’d be a point behind the Chicago Blackhawks in the standings. If they got just half of them, they’d be in 5th place in the Pacific and 10th in the West.

It’s a skill every team in the league would love to have, but it’s also a ledge a legitimate Cup contender should not be standing on as often as the Golden Knights have. As they return to health and the schedule lightens up in February, they should be expected to win games more convincingly, and need far fewer miraculous comebacks to maintain their status as leaders of the Pacific.

But, even if they don’t, there’s no reason to ever believe the game is over, no matter how grim it looks.