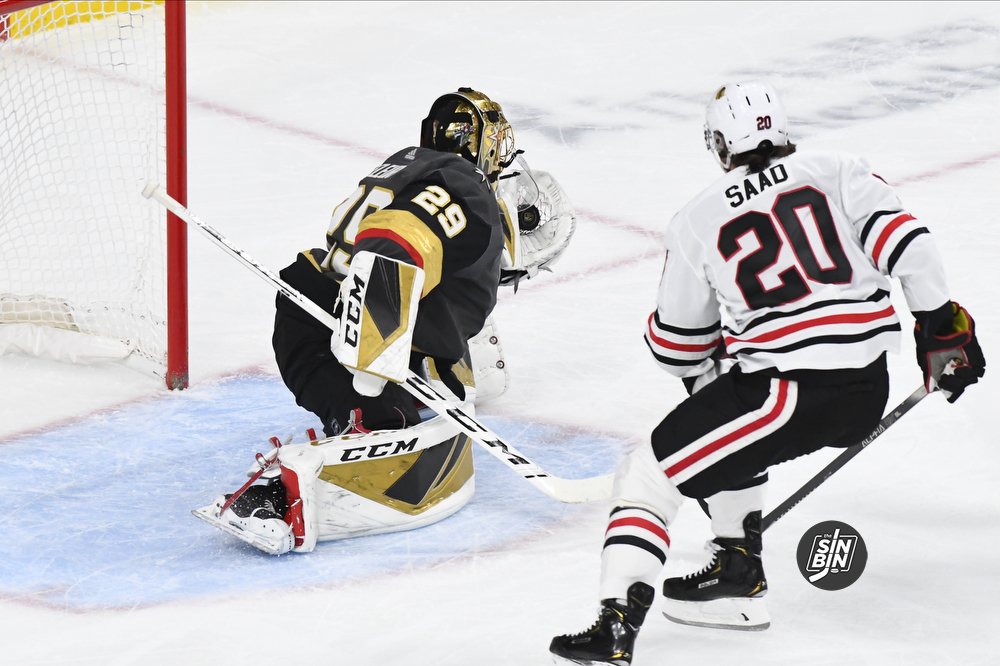 There’s still plenty of time for things to change, but at the moment the Golden Knights appear set to head into the 2020-21 season with a similar mindset as they did in 2019-20.

At the deadline of Year 2 the Golden Knights acquired Mark Stone and agreed to an enormous contract extension that was set to kick in the following season. Thus, in the offseason, they were forced to shed some salary in order to return to cap compliance. They did it by trading Erik Haula, Colin Miller, and Nikita Gusev and the only tangible piece they got in return was Nic Roy. Then, at the deadline, they packaged all of the draft picks they received a in the offseason to make splash trades bringing in Robin Lehner, Alec Martinez, and Nick Cousins. The idea was to use the players that needed to be sent out in the offseason to create capital that could be spent in a more effective way at the deadline.

This year, the Golden Knights may end up going down a similar path. As was the case with Cody Eakin last year, the clear player to move to create cap space this offseason was (and still is) Marc-Andre Fleury. Vegas signed Lehner to a long-term deal relegating Fleury to the bench and making his $7 million cap hit a burden. But, instead of making that move, Kelly McCrimmon and George McPhee opted to trade Paul Stastny and Nate Schmidt instead. The return was a pair of mid-round draft picks, which can once again be used as capital to make more moves at the deadline.

The trouble is, this year the piece that must move out to clear cap space at the deadline will be much trickier to move than the one last year. Cody Eakin’s $3.85 million was clearly expendable in the offseason and if Vegas wanted to do anything significant they needed to move it at the deadline. They found a suitor in Winnipeg and turned it into a 4th round pick. That paved the way to use the picks from Haula, Miller, and Gusev to add a forward, defenseman, and a goalie.

This year, that piece is Marc-Andre Fleury. Fleury’s name has been in the rumors since he lost his starting job to Robin Lehner early in the playoffs and according to most insiders the Golden Knights would actually have to give someone a pick and Fleury just to get his salary off the books. At the deadline, the Golden Knights are hoping that’s not the case.

Maybe someone loses a goalie to injury. Maybe someone doesn’t like the goalies they have. Maybe a team not expecting to contend finds themselves in the thick of it. If Fleury is playing well as the backup in Vegas, the price for a future Hall of Fame goalie will look like something on the Walmart Rollback shelf.

But, there are a lot of “ifs” for the Golden Knights to pull that off. The first and most important one is if Fleury is healthy and performing at a high level. The next is that a team with available cap space is willing to eat the salary not only for this year but also next. And the last is whatever team that may be, they can’t be on Fleury’s 10-team no-trade list.

Goalies are often traded at the deadline, but starters do not move frequently. Unless it’s a true salary dump, which would cost Vegas assets, the Golden Knights would need to find a trade partner looking for a starter. That’s a lot to ask, especially with only 20 teams as options.

Let’s say it all works out though, they find a place to send him, whether they get a return or not. Then, Vegas would want to turn around and use the newfound $7 million in cap space to fill the void they created by moving Stastny and Schmidt in the offseason.

That’s where it gets tricky. If you consider that the cost to move all of Fleury was likely a 1st round pick plus, and Stastny and Schmidt earned a 3rd and a 4th, the Golden Knights will have those three picks plus or minus whatever they get or gave up in the Fleury deadline deal. They’d have basically free reign on any player as very few would put them over the cap, but what’s the likelihood of spending those picks and generating a replacement as good as Schmidt and/or Stastny?

Last year, when you added up Martinez, Lehner, Cousins, Roy and Stephenson (who they got a while before the deadline) and compared it to Haula, Miller, and Gusev, it looked pretty good. But it seems far-fetched to believe the return for Fleury and a few picks is going to match Schmidt and Stastny.

Looking at the upcoming UFAs, which are usually atop the trade boards at the deadline, Taylor Hall’s name jumps out but if they wanted him, he was a free agent a few days ago. David Krejci, Derek Stepan, and Ryan Nugent-Hopkins names top the center group, while Dougie Hamilton, Niklas Hjalmarsson, and Alex Goligowski are among the defensemen. Plus, this is even these teams are even in a position to deal those players.

The Golden Knights weren’t willing to pay the price it was going to take this offseason to move Fleury. If the reason for that is because they want to save that move until the deadline like they did a year ago, they’re almost certainly going to end up on the short side of the stick.