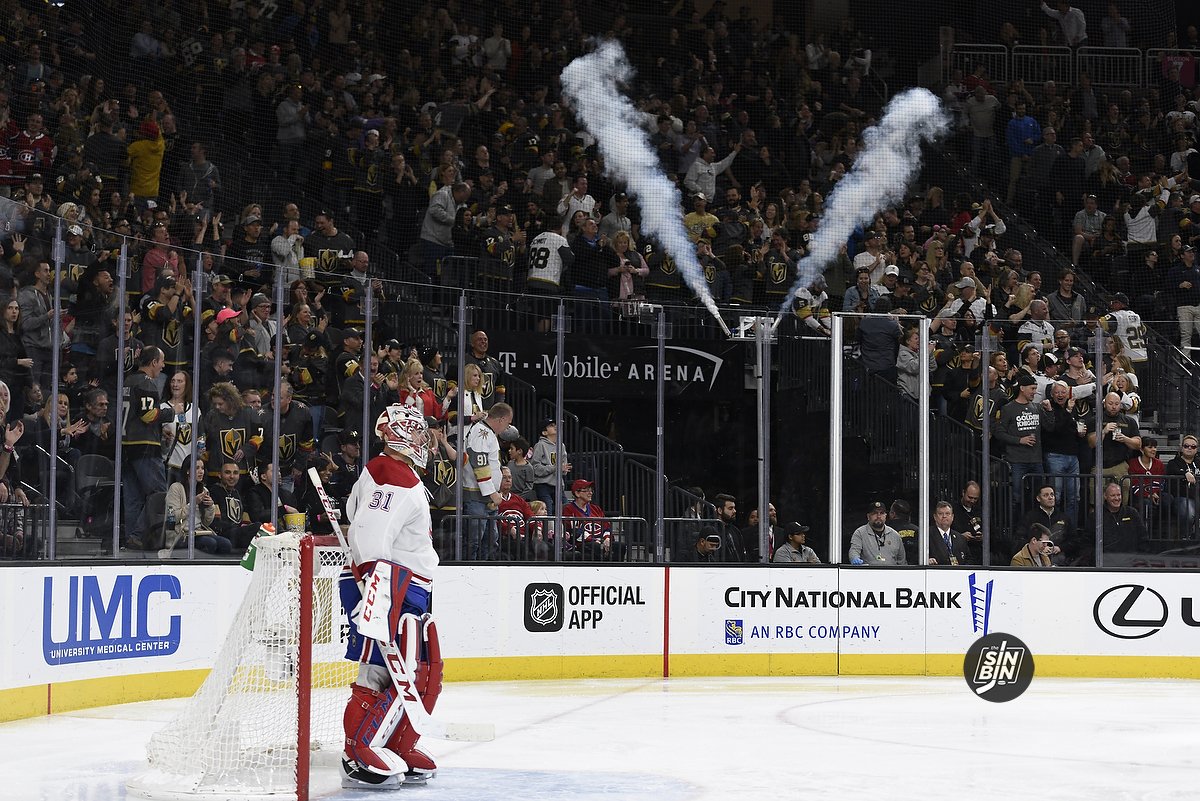 If there’s one thing the 2021 Golden Knights are used to it’s rapid change. Whether it be pandemic-related or hockey-related, this team has been through some crazy ups and downs 34 days into this playoff run.

For the first time this postseason Vegas is experiencing a blown series lead. They’ve turned around two series deficits to take leads in a series and they’ve seen a 3-1 lead turn into a Game 7, but never before in 2021 have they been ahead in the series only to go behind in the same one.

But to think the Golden Knights will do anything but handle this with composure would be ludicrous based on the postseason they’ve been through so far.

16 games into this playoff run, the Golden Knights have experienced 16 leads and 15 deficits. They’ve seen the lead change inside of a game on eight different occasions, including six times they were behind in a game and took the lead. They’ve scored eight game tying goals while also allowing eight of their own. And maybe the most important stat of all to prove this team will not panic down a game in a series is that the Golden Knights have been behind in an unbelievable 13 of the 16 playoff games.

I don’t think there’s any emotional damage (chuckling). I think that’s a pretty harsh way of putting it. We were down 0-2 to Colorado and got smoked 7-1 in the first game and brutally dominated for 20 minutes and then really deserved to win the game and lose that one. -Mark Stone

They haven’t been exactly here before, down 2-1 after losing a Game 3, but it feels like they have been. In truth, it feels like they’ve been in every situation imaginable to this point and it hasn’t all worked out perfectly, but they are still here.

Vegas have scored 16 go-ahead goals in the postseason. Add that to their eight game-tying goals and that’s 24 different times in which there have been massive emotional positive swing goals. On the other side, they’ve allowed the go-ahead goal  15 times and allowed the tying goal another eight. So, in total, there have been 47 different times inside of 16 games in which the score has shifted from a leader to tied or vise versa.

To this point, the Golden Knights have always had an answer.

Jonathan Marchessault’s game-tying goal in Game 2 against Minnesota. Alex Tuch’s go-ahead one in the same game. The three goal comeback in Game 3. Game 7’s unlikely heroes. Marchessault and Pacioretty in Game 3 against Colorado. Stone in overtime of Game 5. And the list goes on and on and on.

Big goals and big wins are anything but foreign to the Golden Knights in these playoffs.

Now it’s time for someone, or everyone, to step forward once again and pick up the goalie that is a huge reason why they are here in the first place.

Any time a team trails in a series facing a road game next there’s reason for some doubt to seep in. But with the Golden Knights, doubt should be the last thing on the mind for this bunch that has literally been there and done that.