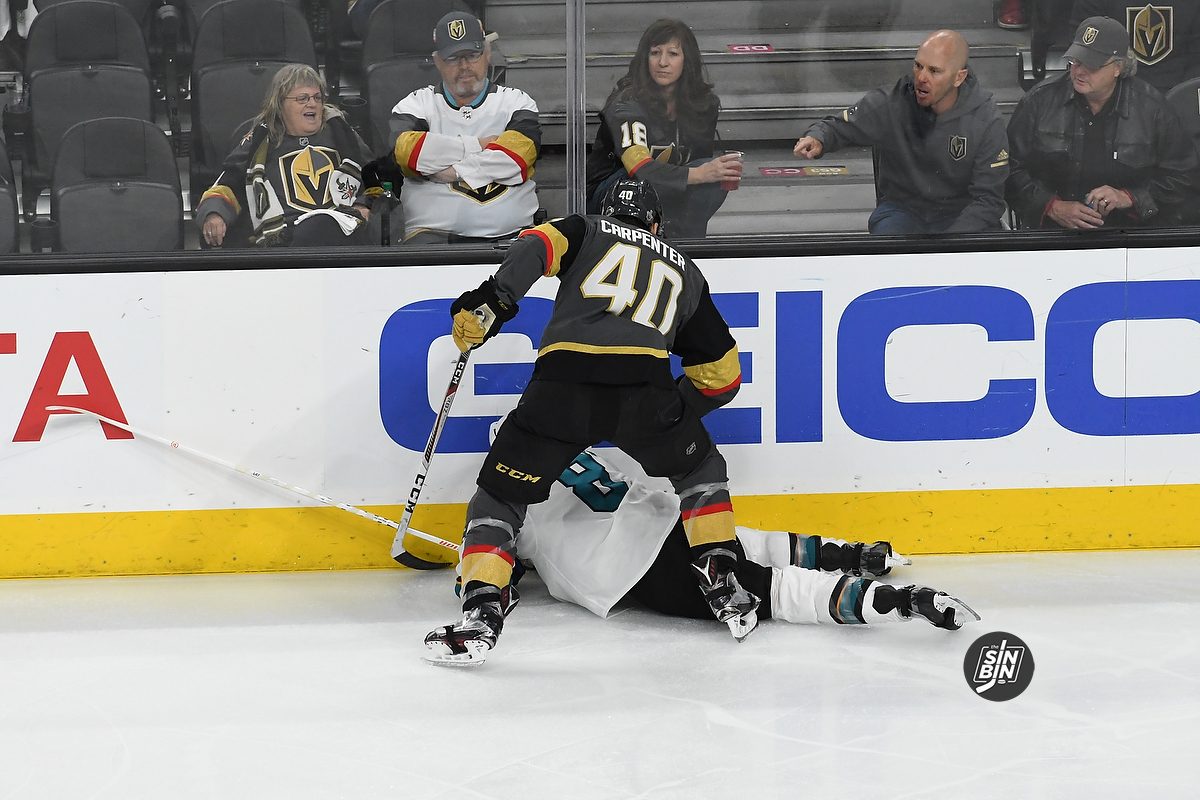 Rivalries grow over time. Years and years of brutally beating up on each other, battling for divisional crowns and eliminating one another in the playoffs. Or so I thought…

“Certainly coming into Vegas, we’ve got a pretty good rivalry going with them. It’s a good hockey team. And now with Theodore just getting back in.”- John Stevens, Kings coach

Stevens had that to say after last week’s preseason game at the T-Mobile Arena. On Sunday, Sharks coach Pete DeBoer wouldn’t go as far as Stevens, but if this sure sounds like rivalry coach-speak to me.

It’s great. It’s great for a couple reasons, one, it felt like an important game because of the environment, the situation the crowd so that’s always good to get you prepared for that. -Pete DeBoer, San Jose coach

Both San Jose and Vegas suited up most core players as if it were a meaningful game. The Sharks were looking forward to their final preseason matchup at Vegas.

We felt like it was our last chance to have a tune up for us, be ready and get ready. Parts of our game we think we’re ready and other parts there still a lot of room for improvement. -Joe Pavelski, Sharks forward

Normally, out of town media won’t get much from Brent Burns after a loss, but the fully tattooed, bearded defenseman had a cute response to my question.

It was great, great atmosphere, so we would have been disappointed if it wasn’t rocking, so it was fun. -Brent Burns, Sharks defenseman

There’s a real hunted type feel surrounding the Golden Knights when talking to other divisional teams like the Sharks and Kings. Now with a new season approaching, it’s fairly inevitable, that the Kings or Sharks expect to face the Golden Knights in the postseason. Both teams were unsatisfied with how they lost in the postseason and look forward to facing them when the games begin to count. They’re out for divisional blood.

The Kings and Sharks feel it. Not so sure the Golden Knights players care as much though.

Yeah, it definitely can get heated but I don’t know if you can build a rivalry after one season. I played against Anaheim for three years in LA, those games could get really intense. -Brayden McNabb

Like I said, I don’t think the players in the Vegas locker room feel much of a rivalry at all. The Golden Knights look at as two teams that they ousted from the postseason, that so happen to play in their division. Which is why they’re the prey.

I guess there’s no reason to live in fear when there are no predators in sight.