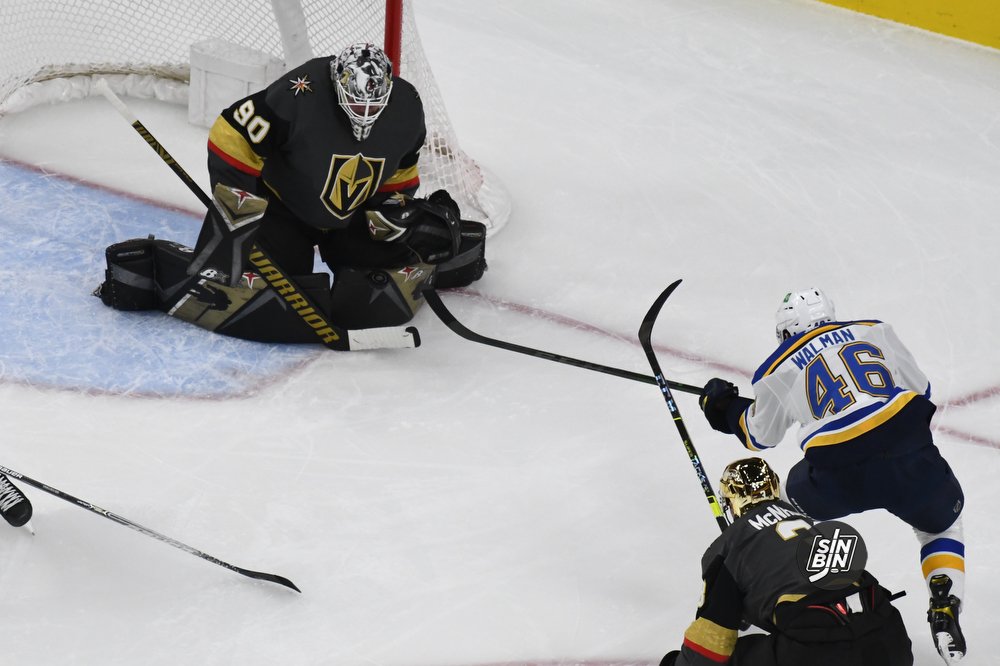 If you are anything like me, when you play fantasy sports you have to have at least one player from your favorite team on your roster. You’d think being a fan of the Golden Knights would make this easy. Vegas has been one of the top three or four teams in the NHL each of the past two seasons and are right there again this year. However, fantasy hockey and actual hockey are much different.

NHL.com has released a whole host of fantasy hockey lists from Top 250 to sleepers to rookies to watch and the Golden Knights are notably absent on many of these lists. But, when they added it all up, VGK found themselves in 4th on the overall team rankings. Very confusing, let’s go through it.

Lehner certainly earns the Golden Knights a lot of weight in the fantasy world and actually, Laurent Brossoit behind him helps out as well. The pair are ranked 4th in the NHL in fantasy goalie tandems behind the Islanders, Lightning, and Avalanche.

One slightly surprising omission is Peyton Krebs on the rookie list. Spencer Knight and Cole Caufield headline the list, but names like Marco Rossi, Jamie Drysdale, and Quinton Byfield made the cut. In fact, there are even a few “other” rookies listed and Krebs couldn’t even get his name included there.

A 12-team mock draft was run using a few writers on the site and the first Golden Knights to be selected was Lehner at #25 overall. Stone and Pacioretty went in the 4th round with Pietrnagelo quickly behind in the 5th. John Carlson, Jake Guentzel, Kyle Connor, and Jack Eichel were selected between the three Golden Knights. All eight Golden Knights were selected in the 16 round draft consisting of 192 players.

The top three teams in the power rankings are Tampa Bay, Colorado, and Florida. They have 10, 11, and 12 players in the top 250 respectively, where VGK come in with just the eight. Behind the Golden Knights are the New York Rangers, Washington, Boston, Carolina, Toronto, and Pittsburgh. All of those teams have at least eight players in the top 250 and so do the Seattle Kraken, who were ranked 23rd.

Evgenii Dadonov and Laurent Brossoit are both listed as “key additions” for the Golden Knights, but neither cracked the 10 players listed in the “sleeper” or even “deep sleeper” categories. VGK also came up empty in “breakouts” and “bounce-back candidates.”

Overall, the Golden Knights have plenty of high-end players, but no one true superstar from a fantasy perspective. Mark Stone seems criminally underrated for a player that will play in all situations and has a strong chance to tally a point per game this year. Pietrangelo and Theodore seem to be taking away from each other’s fantasy expectations and the Misfit Line has fallen out of favor with fantasy players.

The good news is that even after trading the Vezina winner for a bag of pucks, the Golden Knights are still in a great position between the pipes.

No matter how you slice it though, fantasy success and winning hockey games are not always a mutual relationship. The Golden Knights are going to do a ton of the latter, hopefully whoever ends up on your team does enough of the former to lead you to victory as well.