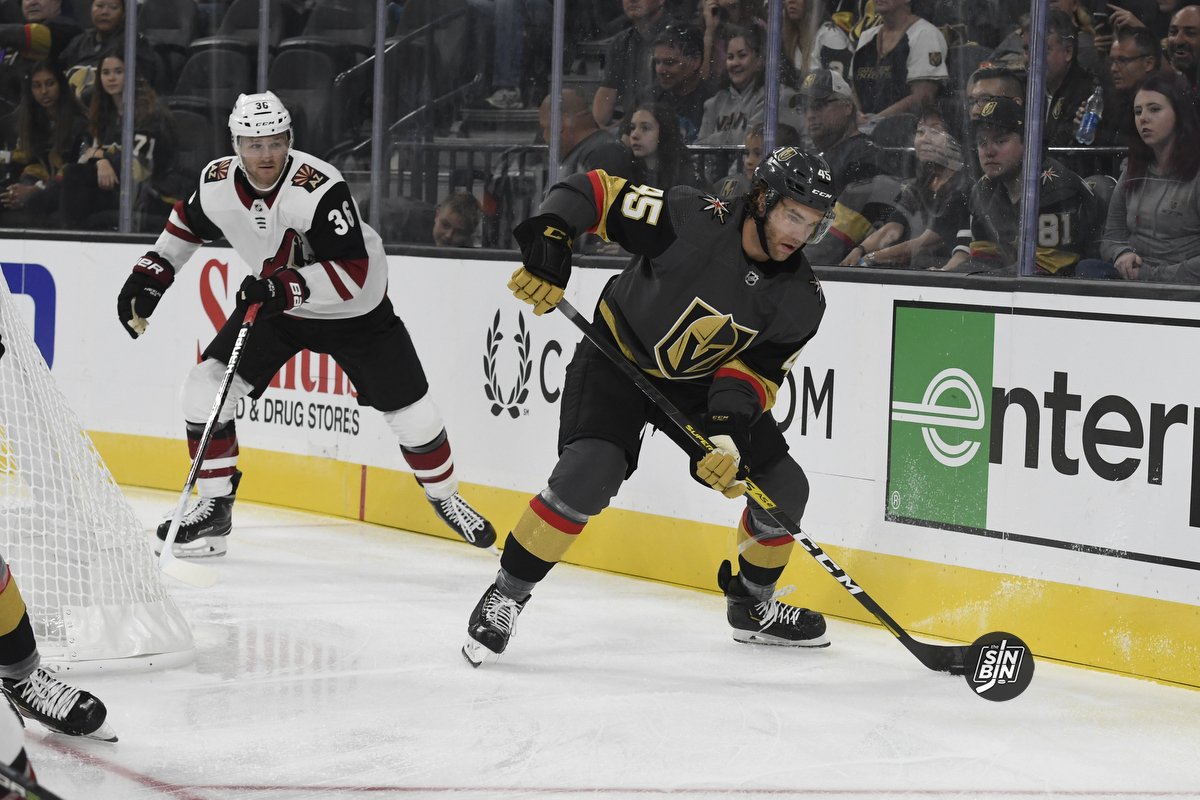 For just the second time this season, the Golden Knights will see a new defensive pair along their blueline. Following the injury to Nate Schmidt, Nic Hague was placed into the lineup playing alongside Deryk Engelland. He held that position for seven straight games, recording two assists, six shots on goal, and averaging 14:28 per game.

Tonight, however, Hague will watch from the press box as Jake Bischoff is slated to make his NHL debut. Bischoff made the Golden Knights roster out of training camp last year, stayed with the team for about three weeks, but never drew into a game. This year, he was sent to the AHL out of training camp before being recalled eight days ago to replace Jimmy Schuldt.

Like Hague, his defense partner will be Deryk Engelland as the two slot in as the Golden Knights third pair.

Recently, speaking at a fan Q&A hosted at Jaguar & Land Rover Las Vegas, assistant coaches Ryan McGill and Mike Kelly were asked about what goes into the decision-making process of picking defensive pairs.

First of all, we like to try to put experience with a little bit of inexperience. Just to give them a little bit of a safety valve. Number two, you want to have somebody that can move the puck up the ice quick or that can be involved with the play with another guy that can watch his back. -Ryan McGill

McGill is the assistant that handles the Golden Knights defense.

But the biggest thing trying to find chemistry. If you don’t find chemistry you can’t have those players together all the time. -McGill

Kelly, who has worked alongside Gerard Gallant for nearly a decade, piggybacked McGill’s comments.

The Golden Knights have always had a heavy focus on leadership, character, and other unquantifiable intangibles. Through two years and eight games, it’s hard to argue against its success.

You put them with people that you think it’s going to work with and you kind of look the other way, cross your fingers, and hope it works. Most of the time it does. Sometimes they are going to hit a rocky patch but you know if they are with a Deryk Engelland you know they are hearing the right words. -Kelly

Every rookie that’s come through the Golden Knight d-corps, Hague, Schuldt, Whitecloud, and Theodore, has found their way to Engelland’s side.

Now it’s Jake Bischoff’s turn. Here’s to hoping there aren’t too many “don’t worry about it kid” comments needed from Engelland tonight in Pittsburgh.