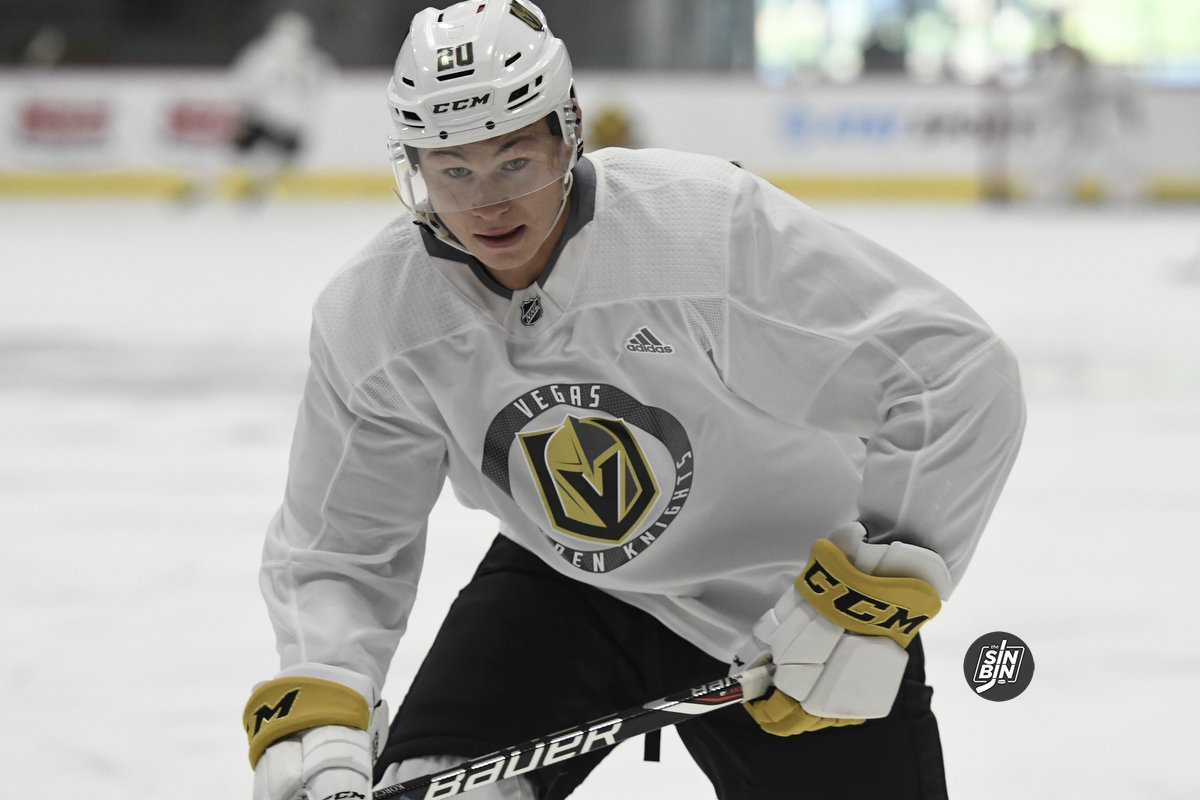 The Golden Knights’ 1st round pick in the 2020 Draft is going to have some work to do to crack the Team USA roster, but he certainly has the talent to do it. It would have been easier for Brisson had the NHL been going on and Trevor Zegras and/or Alex Turcotte (and maybe even Jack Hughes) skipped because they were in the NHL, but with just three returning forwards from last year’s team in the mix there are still plenty of spots open for Brisson to fill.

Some projected rosters show Brisson making the team, others show him among the final cuts. If he does make it, he’ll likely play down the lineup in a limited role on an American team that has plenty of talent. With any World Juniors though, the condensed scheduled gives everyone a chance to to move up the lineup quickly with a single impact performance.

Kallionkieli is one of just three VGK picks from the 2019 Draft to have signed an NHL contract (Krebs and Korczak). The 5th round selection has battled injuries since being picked by the Golden Knights but should be healthy heading into camp with the Fins.

It’s a solid Finland roster he’ll be trying to make with five returning forwards from the team that finished fourth in last year’s tournament. Kallionkieli is a big body kid that could fit in well down the lineup on a talented team.

The speedy Cormier is a bit of a long-shot to make the favored Team Canada but he’s the exact type of player that can wow coaches in camp and could be a surprise selection. He’s the smallest of the 15 defensemen selected to Canada’s selection camp and one of just five selected outside of the 1st or 2nd rounds.

Cormier’s offensive prowess could very well make him an option Team Canada considers though as his proficeiency on the power play could help any roster. If I had to guess though, I’d say he’s left off the final roster.

Team Canada’s first game is scheduled for December 26th vs Germany. Team USA and Team Finland both get underway on Christmas Day. Many games will be broadcast on NHL Network in the US.