Years earlier the LA Kings were also lucky enough to have an acclaimed line of their own. Going by the nickname, That 70’s Line, Jeff Carter (25 points), Tyler Toffoli (14 points), and Tanner Pearson (12 points) caught fire in the regular season which continued into LA’s run to the cup. Each wearing a jersey number in the 70’s, the line totaled 51 points in 26 games.

Keep in mind both of these famed triplets were support lines, that massively overachieved. Without them, however, their clubs wouldn’t have been so dangerous. Good news for Golden Knights fans, Vegas had their own explosive line in last year’s postseason, and expectations are even higher in 2020.

In their seven-game series against the Sharks, Mark Stone (12 points), Max Pacioretty (11 points) and Paul Stastny (8 points) were offensively unstoppable. The trio combined for 31 points in the series loss, averaging a whopping 4.4 points per game. The veteran line made up for 44% of the Golden Knights offense against San Jose. Just silly when you think about it. 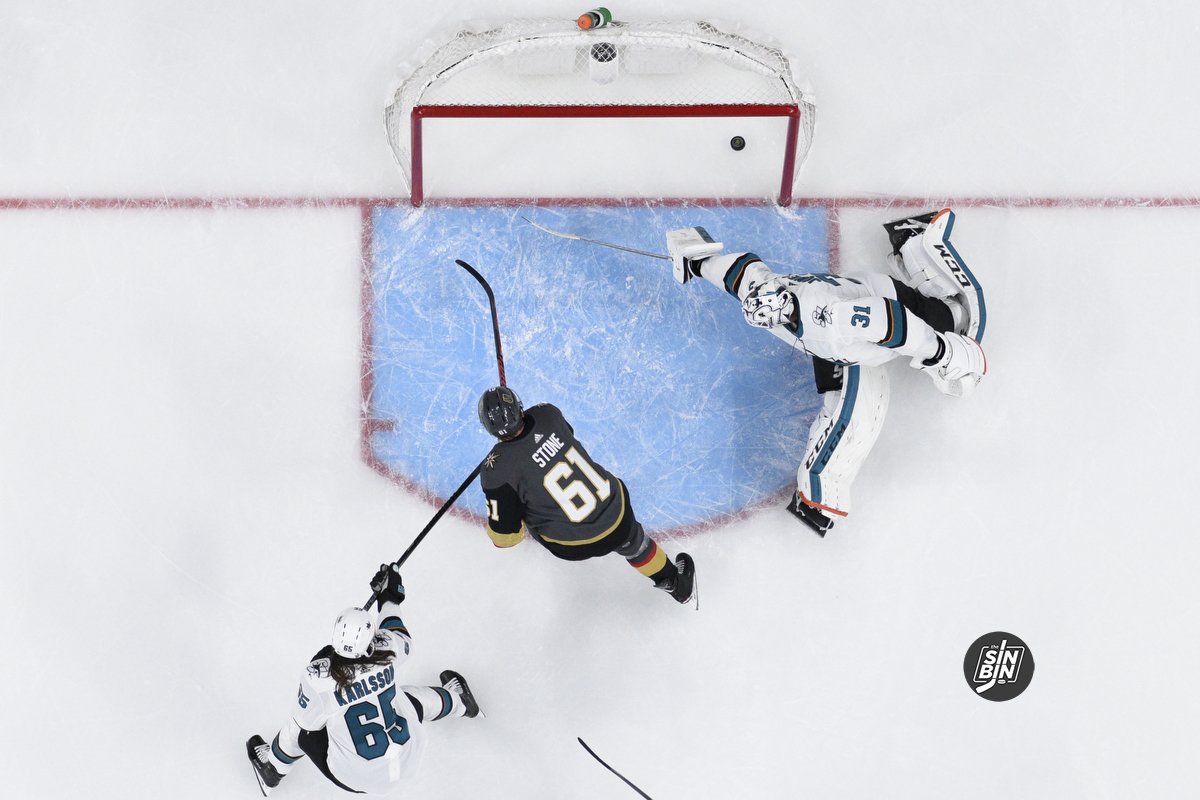 Can Vegas expect the same this postseason? And is it possible it can get better? I don’t see why not considering coach Pete DeBoer upgraded at center with William Karlsson in the middle.

All three players have the skill to excel in the postseason. Karlsson added 15 points in 20 games in 2018, and Pacioretty and Stone lived up to their billing in 2019. Combine their playoff averages together and the top line’s production will scare the bejesus out of an opponent.

With Karlsson, the line’s average slightly drops 4.4 to 4.05 from last postseason. However, if the Swede played with Pacioretty and Stone their 4+ points a game might’ve been higher. Plus, the hope is that the sample will be a little larger than seven games.

Of course it’ll be tough for the top line to match last year’s points per game. As teams move forward they’ll play better defenses and goaltenders. This could impact the high-flying pace set in the seven-game series against San Jose. It comes down to consistency. When Pacioretty and Stone went scoreless, the games went in the opposite direction. In games 5, 6, and 7 of the 2019 Sharks series, the Golden Knights got one goal from that line, and they lost all three. If Vegas’ top line can command offense every game they’ll have a great chance of advancing.

Another unknown factor is how will DeBoer deploy the Karlsson, Pacioretty, Stone line. Based on what we’ve seen in the past, expect to see a lot of them, especially at the end of games. The question, when it comes to offense, is whether DeBoer will look to create mismatches for them, or utilize them to create mismatches for the 2nd and 3rd lines. He tends to lean towards the latter, which will hurt their statistical output, but likely help the team.

Now all we have to do is come up with a clever nickname for this dangerous triad. We’ve come up with a few ourselves. Forgive us, but we gave it our best shot.

How ‘bout you, any suggestions?