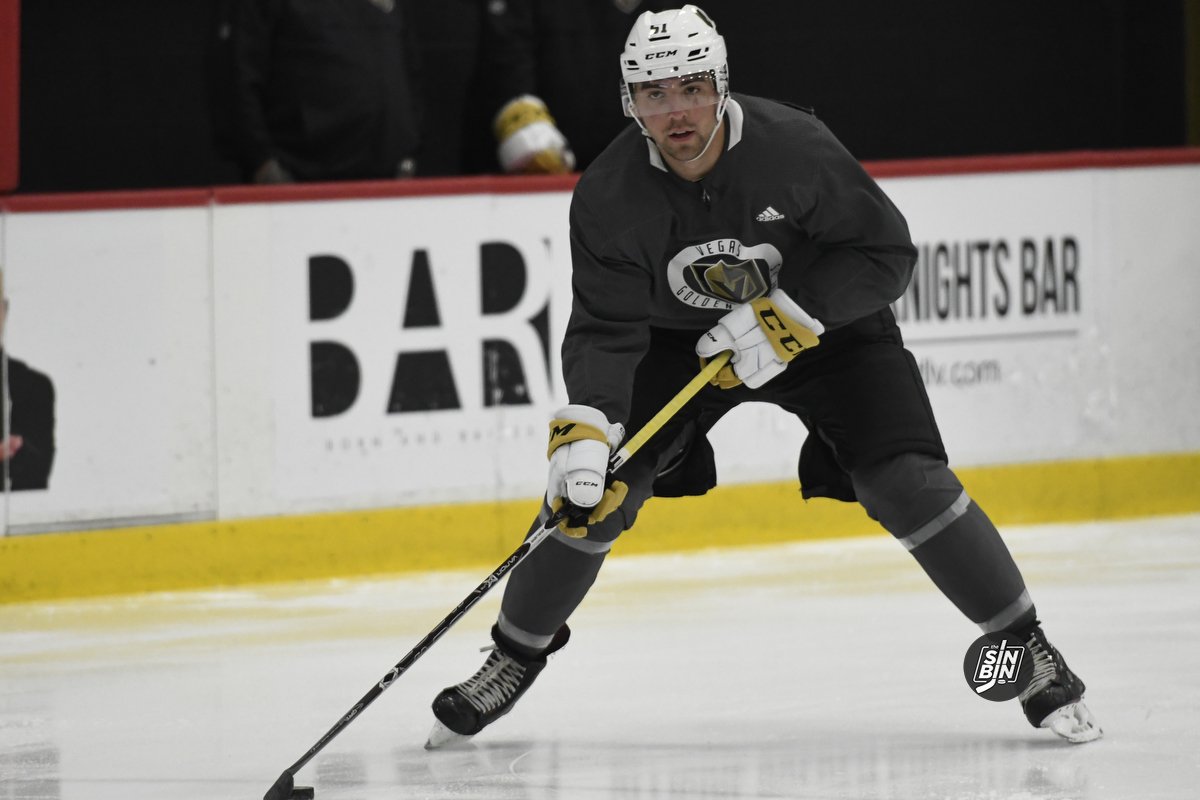 Golden Knights prospect Jack Dugan has spent much of his career being overlooked.

As an 18-year-old he went undrafted despite putting up more than a point per game as a junior in prep school. He used that to fuel himself the next year in which he nearly put up two points per game in his senior season (80 points in 47 games). That Summer he expected to go in the 2nd or 3rd round of the NHL Draft. Instead, he slipped all the way into the 5th round where Vegas finally selected him as the 142nd overall pick.

He came to Development Camp and didn’t really establish himself as a top offensive prospect in the system. He then headed back to the USHL’s Chicago Steel where he once again eclipsed a point per game amassing 66 in 54 games. Heading back to Vegas the following Summer, Dugan was still not viewed by most as an NHL or even AHL ready prospect.

So, off he went to Providence College to play as a freshman. Not surprisingly, at least anymore after reading those last two paragraphs, Dugan nearly hit a point per game with 39 points in 41 games. His team went to the Frozen Four and he established himself as one of college hockey’s best freshman.

Then Development Camp 2019 came, and Dugan looked a step above everyone not named Cody Glass. He was strong, powerful, relentless, and showed good enough hands to finish chances when he got them. Yet, still, it was not time for Dugan to make the leap into professional hockey.

Now, at Providence College as a sophomore, Dugan is lighting up the Hockey East conference. 14 points in six games including four goals, 10 assists, and a whopping +7 rating. He’s also shown a bit of edge to his game tallying 20 penalty minutes in those six contests.

The question now is when, not if, Jack Dugan is going to make the leap to the next level. But with all NCAA kids, they have to leave school and sign a contract first. Draft or undrafted, before an American college player can play in the AHL or NHL, he has to officially declare himself done with college hockey, which is not easy for many guys.

Speaking to Jack Manning of the Golden Knights Watch Podcast, Dugan keyed us in on exactly when the time will be right for him to move on from the NCAA.

I’ve always had that mentality that I probably shouldn’t move up a level until I’ve dominated the first one. So, I would say if the feeling’s right and timing’s right, sure, but if not maybe wait another year. -Dugan on Golden Knights Watch Podcast

There’s still a long way to go in the collegiate season, but 14 points in six games sure sounds like dominating to me. He’s certainly going to be in the Hobey Baker Award picture if he keeps up the way he’s playing, and his team is currently ranked 8th in the country with a 4-2-0 record.

It’s challenging for players in the NCAA. Obviously every kid whether they are drafted or not has a dream of playing in the NHL one day. It’s no different for me or the guy to my left or right. I think it’s just a timing thing and if it feels right and if you’ve accomplished everything at the level you are at and you’ve dominated the level you are at. -Dugan on Golden Knights Watch Podcast

Whatever his definition of dominating is, he’s well on his way to doing it, which should mean good news for him to make the leap to the AHL next year. However, the Golden Knights have a history of preferring to “overcook” their prospects, and George McPhee has been known to advise players to stay in school because they never get those years back.

As far as I’m concerned, the sooner Vegas can get his name on a contract, the better because until then, he’s not an option for either the Wolves or Golden Knights. It appears, the best bet to make that happen is for Dugan to continue dominating as an individual, and for his team to go two steps further than they did a year ago losing in the Frozen Four semifinal.

If he does both of those, he’s probably in camp next season pushing for a roster spot. If it’s anything less, it wouldn’t be surprising to see Dugan back at Providence as a junior, and the waiting games rolls on.

Highly recommend listening to the entire interview with Dugan on the Golden Knights Watch Podcast. It’s terrific stuff including a really cool look into Year 1 Development Camp at the Las Vegas Ice Center.