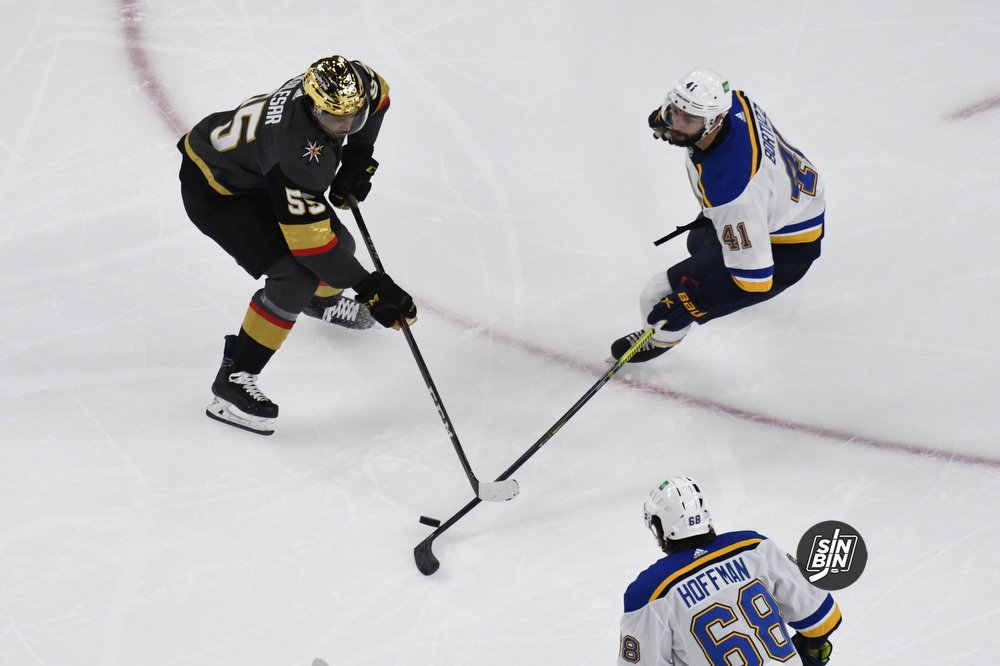 Last night Vegas missed out on a golden opportunity to stash away more money in the bank before their busy season begins. So what, they lost to Buffalo. It’s only one game and a win tomorrow would keep Vegas on pace to cross the 50-point mark by year-end. We’ll get into January later, but for right now the Golden Knights have four more games to focus on in 2022.

Starting tomorrow night, the Golden Knights are set to play statistically some of the league’s worst defenses and offenses. Putting it lightly, the remaining schedule is as soft as Santa’s beard.

Some would argue that St. Louis and LA aren’t walkovers and they tend to get up for games against Vegas. However, both are struggling to keep the puck out of their own nets and have two of the worst penalty kill units in the league. The Golden Knights will likely attack the net knowing there are holes in each team’s defense. If it plays out, Vegas should be in a position to expose weaknesses in LA & St. Louis’ special teams. Both clubs are manageable but it won’t be as easy as the Golden Knights other two opponents.

Let’s face it, Anaheim and Arizona are abysmal NHL teams. The Coyotes might out-hustle teams and force overtime but like most of the league, the Golden Knights are in a different class. Same goes for the Ducks. They might be young and highly skilled but Anaheim is on pace to becoming a historically bad team. It’s been a tough season for both bottom dwellers. Which is why the Golden Knights cannot let those four points escape.

In short, the Golden Knights need to continue feasting on easier opponents and widen their cushion before next month. January has the potential of being a long 31 day challenge. Starting in early 2023, the Golden Knights will play 11 of their first 12 games against playoff contenders. Vegas will host Pittsburgh, LA, Florida, Edmonton, Dallas, Detroit, and Washington. They’ll travel to Colorado, New Jersey, and New York for two games.

It’s hard to forget, but at this time last year the Golden Knights were not only in a postseason position, but they were leading the division by a fairly wide margin. Unfortunately, they fell apart in early 2022 and were out of first place by mid-February. In January of last year, Vegas only collected 13 points. Their record was (5-4-3) and got even worse (3-8-1) in February. We’re all hoping the Golden Knights will avoid that type of crash this season. Seven or eight extra points over the next eleven days will help with any future anxiety.