Vegas Losing Battle Of Fourth Lines, Especially In Games 3 And 4 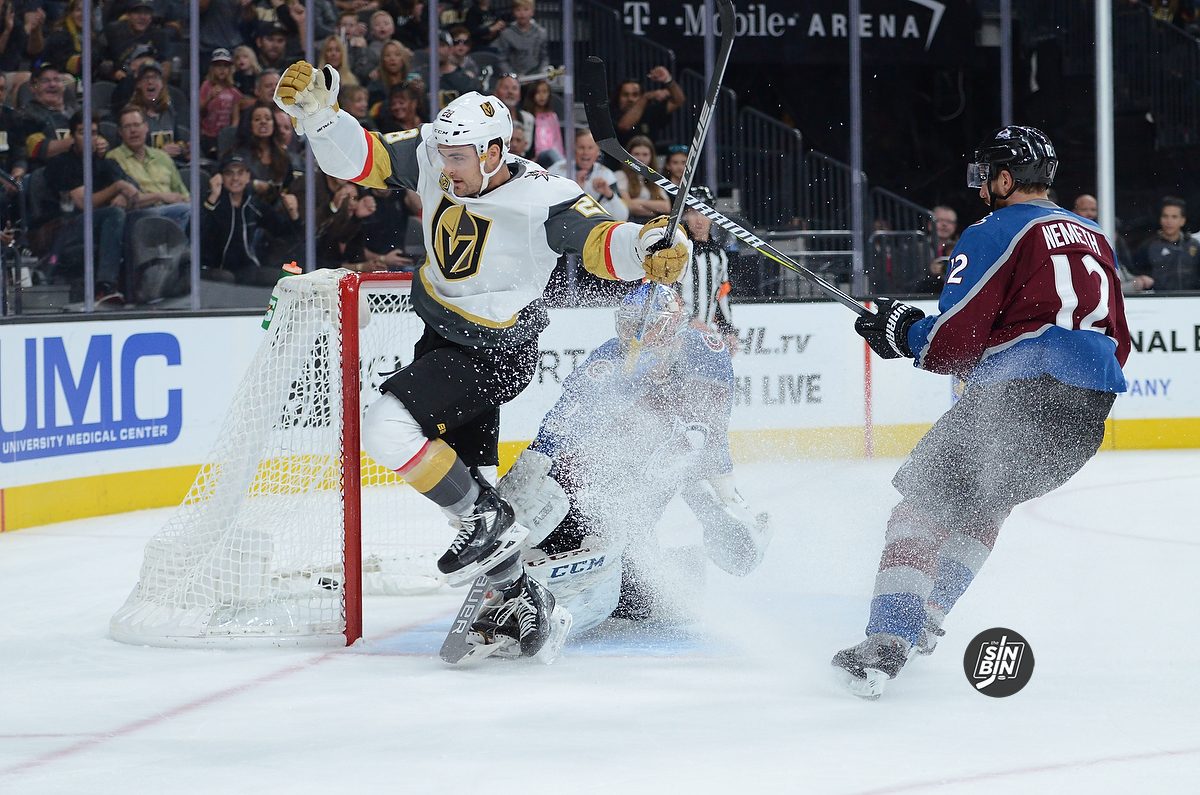 Could use a little more of this in Game 5. (Photo Credit: SinBin.vegas Photographer Brandon Andreasen)

Vegas is a team known for its ability to use all four lines in a game. Prior to the series, we talked about San Jose having the same luxury, and it showed on Wednesday night.

It’s important for us to use everybody and try to save energy. We want to make sure our top guys are fresh. Those are the guys that carry the mail for us. -Eric Fehr, San Jose forward

In Game 4, San Jose’s fourth line of Melker Karlsson, Marcus Sorensen, and Fehr were +3 with 2 points (on an illegal “pick” play). Depth scoring is essential in the postseason, but like Pierre-Edouard Bellemare’s line, San Jose’s fourth isn’t expected to score. Both Coaches expect their depth forwards to clog, pressure, dump, check, eat minutes, and maintain the score.

It was kind of a mix and match. As the game went on we were really just trying to win our matchup with whoever was out there. -Fehr

Fehr logged 12:24 TOI, and created issues for Vegas whenever the center hit the ice. He was four out of five in neutral zone draws, and 70% overall from the faceoff circle. Fehr’s line quieted both third line wingers David Perron and Tomas Tatar. Cody Eakin’s second period shot was the only one on net for the Golden Knights third line the entire night.

We want to do our part when we’re out there chipping in. -Fehr

It’s our depth that has helped us get this far. The guys that don’t play as much as other guys have stepped up. Played their role and we’re getting contributions from all four lines. Which is what you need in the playoffs. -Marc-Edouard Vlasic, San Jose defenseman

When the Golden Knights get the most out of their fourth line, the game is in VGK’s control. Vegas will deploy the Bellemare-Nosek-Carrier line to win situational matchups throughout the game. When Vegas isn’t getting their normal production from the fourth line it makes Jack Adams finalist Gerard Gallant’s job of balancing lines more difficult. Same goes for the other side.

Well we wouldn’t be here without it. Our guys have recognized the importance of depth and depth scoring for teams that find a way to win. -Pete DeBoer, San Jose head coach

Gallant should expect a bounce back game by his entire team tonight, including Bellamare and the fourth line. Depth can be the difference in this series, and Vegas has the horses to pull it off. It’s just a matter of which team’s fourth line can be more effective, and up in San Jose, it wasn’t the Golden Knights.