Sweet graphic made by our guy Lance Maxwell.

Prior to the game, the Golden Knights retired #58 in honor of the victims of 1 October. Here’s the entire ceremony.

During the game, William Karlsson scored one of the prettiest goals in the NHL this year.

After the game, the Golden Knights awarded their “Inaugural Season Awards.” The winners were: 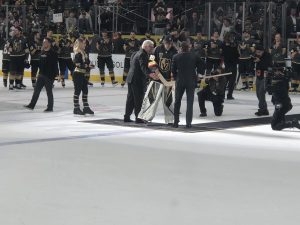 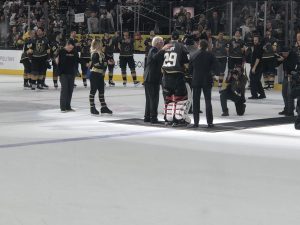 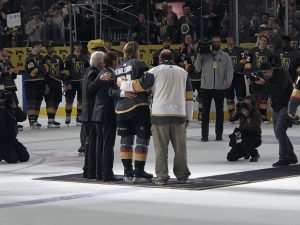 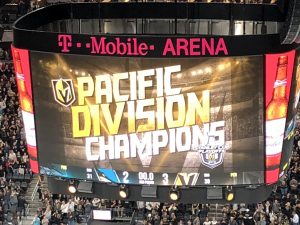 With last night's sellout, the Golden Knights finished the season selling out 41 of 41 games. Averaged 18,042 fans per game (103.9% to capacity). #HockeyWontWorkInVegas

Available now on Fanatics and NHL websites. Expected at The Armory and The Arsenal tomorrow. (Tomorrow is Easter so it may not happen until Monday)