Early in the 2nd period of rookie game number two, the Golden Knights were awarded a power play. The puck worked its way around the four forward, one defenseman Golden Knights power play unit when it found itself sitting on the stick of Jack Dugan.

Dugan collected the pass, looked straight at the goal, and fired a low hard shot that beat the goalie clean to for Vegas’ first goal of the game.

It was a classic power play goal, one we’ve seen scored by a number of different players wearing a VGK sweater, but there was a bit more significance to this one because of whose stick it came off of.

I don’t know if you saw the reaction on the bench (when he scored the goal) but we’ve been barking at him on the bench to shoot the puck more. -Manny Viveiros 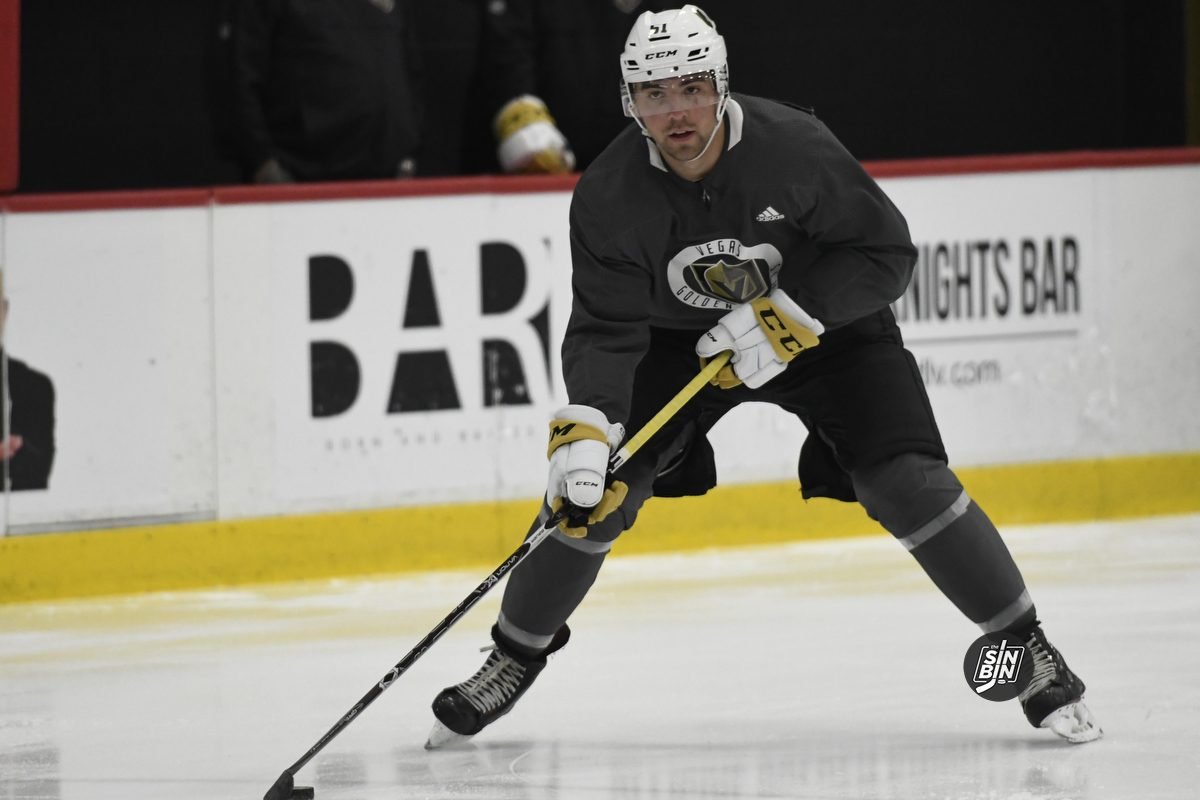 Following his excellent sophomore season at Providence College where he tallied 52 points in 34 games, Dugan signed with the Golden Knights and played the entirety of last year in the AHL in Henderson. The point production continued as Dugan posted nearly a point per game, 33 points in 37 games.

If you dig into the numbers though, you’ll see that throughout his college career and his first year as a pro he’s produced assists at a rate double that of goals. The coaching staff in Henderson believes his mindset with the puck on his stick is making him predictable and they are trying to break the habit.

He’s got a good shot, but Jack loves to pass the puck, so that’s something that we need to keep on him about. It adds an extra element to his game because last year teams knew he was just passing the puck so they’d take away the lanes. If we get him consistently to shoot the puck it’s going to make him that much better. I’ve told him that some of the nicest goals you’ve score are when you just shoot the puck. -Viveiros

The goal on Sunday proved to both Dugan and the coaches that the plan is starting to take shape.

It was all smiles for sure, it’s been a work in progress so coming back to the bench it was a little bit of ‘I told you so’ but it’s fun and it was good to see that one go in and give me a little bit of confidence going into the season here. -Dugan

Viveiros clearly believes Dugan has the right stuff to eventually break in and become an impact player at the NHL level. Along with a greater emphasis on shooting the puck, he added that he’d like to see his pace of play pick up as well. Both areas though he believes Dugan can, and will improve, in.

It’s a process, it’s not going to happen overnight, but he knows we have his best interest in mind. I’m not going to call anyone stubborn, but sometimes you do have to break habits. -Viveiros

The habit was broken for one day on Sunday afternoon, now it’s up to Dugan to keep breaking it as he continues his budding career as a professional.