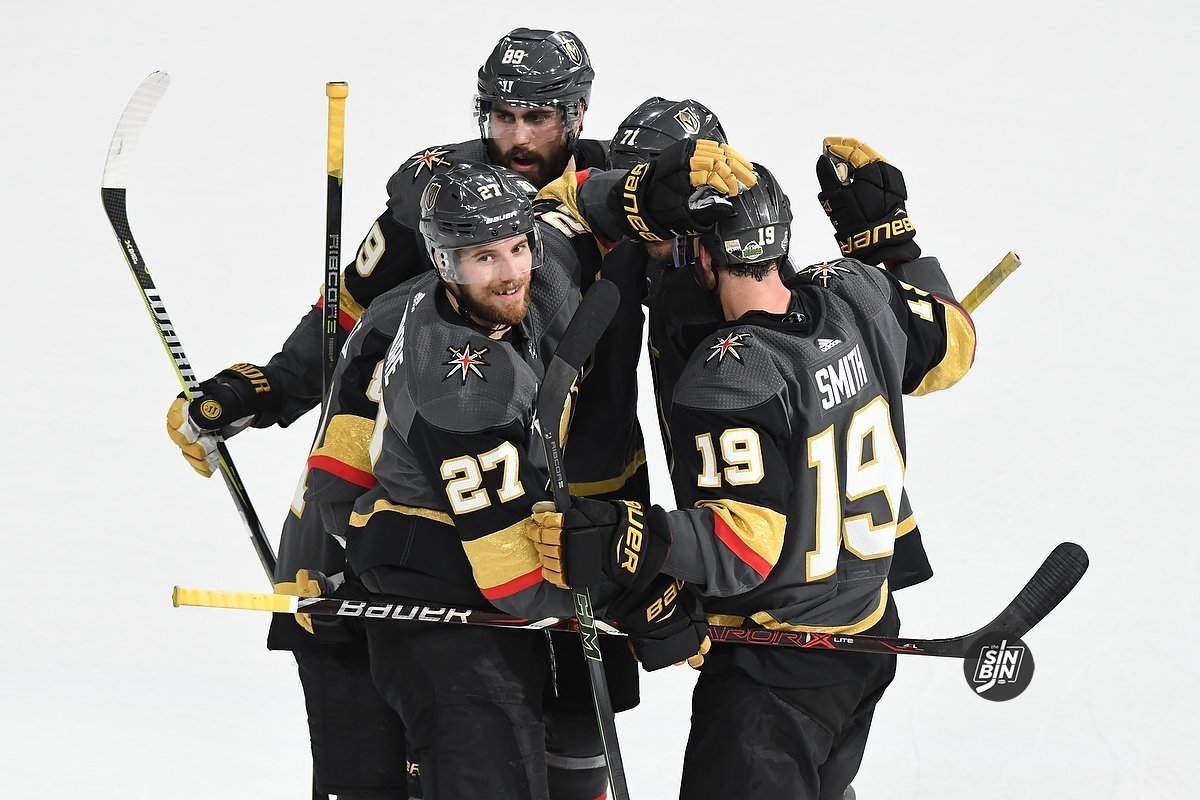 The average age of the Golden Knights current active roster is 28. If you weight it by time on ice that number jumps to 29, the 3rd highest in the league, tied with San Jose and Los Angeles.

The team has eight players that are at least 30 and another nine that are 27 or 28. There are only three guys under the age of 24 that have seen the ice for the Golden Knights in 2018-19 with Alex Tuch being the youngest at 22.

That distribution is a massive reason why Valentin Zykov was not only claimed by the Golden Knights, but also why other arrangements (Brandon Pirri to AHL) were made to allow him to stick around.

Age-wise he fits into a group where we don’t have a lot of players. Our only young players on our team are Theodore and Tuch. So it’s good business by us to give this a chance and take the opportunity to evaluate him. -Kelly McCrimmon, Assistant GM on VGK Twitter

Well before the season began (on 07/24/18) we took a look at the entire Golden Knights system, including draft picks, free agent signings, and the Pacioretty trade and identified this age gap.

Since then, things have only gotten worse as the Pacioretty for Tatar and Suzuki trade made the Golden Knights older, Pirri has been the only call-up to have an impact (he turns 28 in April), and young guys like Reid Duke, Tomas Hyka, Jake Bischoff, Zach Whitecloud, Dylan Coghlan, and others haven’t had an impact.

Zykov is 23-years-old and will not turn 24 until mid-May. In the Zykov age range, there are now eight players and only two of them have appeared for Vegas. Expanding on that, there are only five guys under the age of 26 who have played for the Golden Knights (Tuch, Theodore, Carrier, Subban, Hyka).

Valentin has got a good track record, a good resume, he led the American Hockey League in goals with 33 goals. -McCrimmon

Big strong guy that goes to to the front of the net and plays a physical game and he can put the puck in the net, he’s got real good hands. -Gerard Gallant

The age gap is real. It won’t catch up to the Golden Knights any time soon, like probably not in the next two or three years, but over-reliance on the currently under 21’s could be a recipe for disaster.

Zykov is a piece that can help bridge that gap, and you can be sure the VGK front office would love to find more like him. The problem is very rarely does a team part ways with a good 21, 22, or 23-year-old player, and that’s probably not going to change any time soon.

Free agency added Gage Quinney, Reid Duke, Zach Whitecloud, and Zach Fucale, Expansion Draft trades brought the Golden Knights Tuch, Theodore, and Keegan Kolesar, and now waivers have given Vegas Valentin Zykov. Don’t be surprised if there’s more in the works to add 21 to 23-year-old players (cough, Jimmy Schuldt) because if McPhee and Co. don’t, their team is going to start looking old in a hurry.