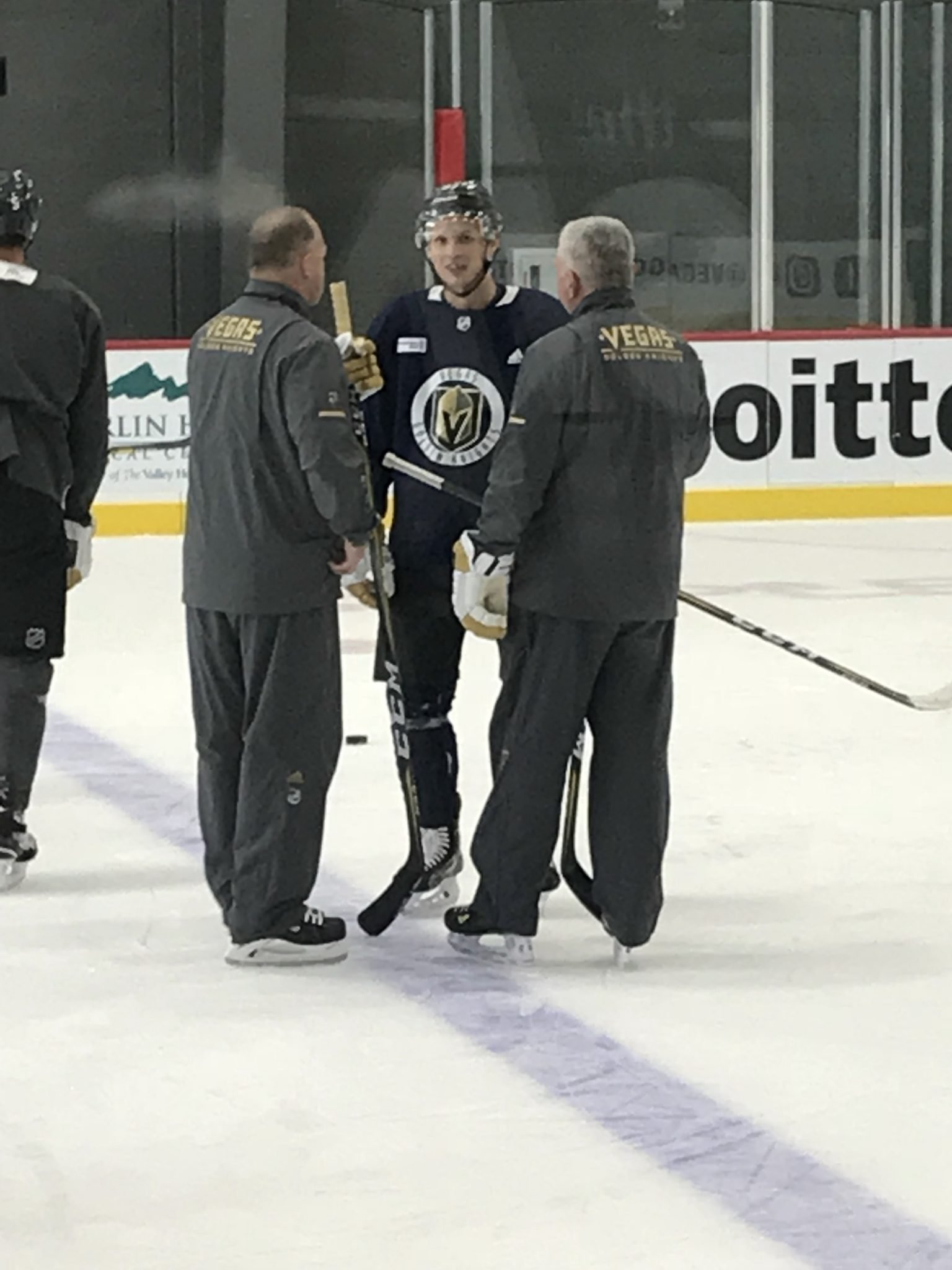 Erik Haula has been placed on IR.

Miss Abby was shopping at The Arsenal, saw Haula shopping with his family. "Had a big thing on his knee." So there's that.

Marc-Andre Fleury and Jonathan Marchessault were both absent from practice. Coach confirmed they were “maintenance days” for both. “Hopes” both play tomorrow.