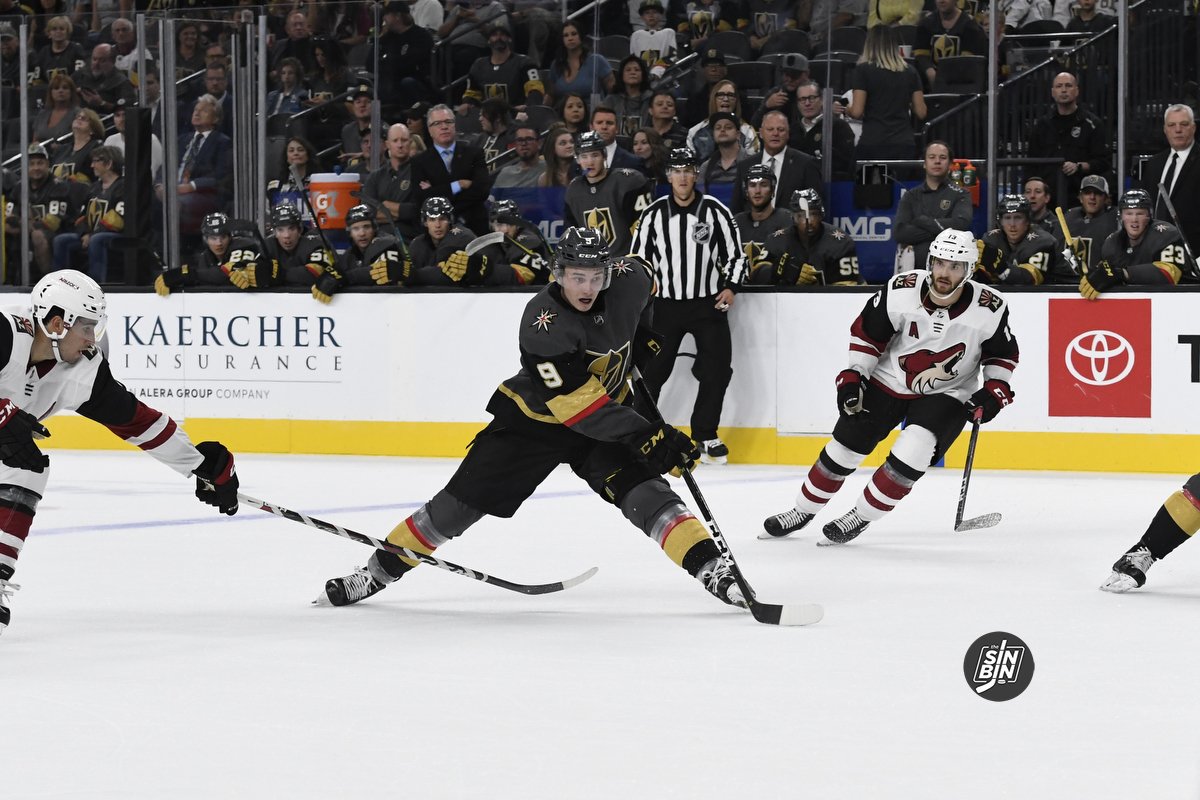 During the four games Cody Eakin was out to start the year the Golden Knights experimented with centers Cody Glass on the second line and Paul Stastny on the third. However, it was obvious based on Gerard Gallant’s answers that very little, if any, thought was necessary in figuring out where Eakin would play when he was ready to return. The moment he was ready to go, Eakin found his normal role as the third line center. This moved Stastny up to the second line and pushed 20-year-old rookie Glass to the wing.

Vegas is comfortable with Eakin as the third line center, and they should be as they’ve won 100 of their first 173 games with Eakin in that position for a majority of them. But, after five games of lackluster performance, the time has come for reconsideration from the Vegas coaching staff.

In five games with Eakin as the center between Glass and either Brandon Pirri or Valentin Zykov, the third line has scored just one goal in 42:39 of even-strength ice time. They’ve managed just 22 shots on goal and have created only five high-danger scoring chances. To make matters worse, the one goal came on a puck that was deflected by a Flames defenseman into his own net and happened with less than three minutes left in a three-goal game. Aside from it padding the stats, it really was meaningless.

In other words, the third line with Cody Eakin as the center has created absolutely nothing offensively over five games and 42+ minutes of ice time.

Just look at how they compare to the other three lines.

The third line is the worst in every single category except shots on goal, in which they are just one shot better than the fourth line.

The problem isn’t their lack of production though. I’m not going to sit here and tell you that they are costing the Golden Knights games, because they aren’t (they haven’t allowed a single goal against). What I am trying to say though is that this line isn’t good enough to force a developing rookie to play out of position.

None of this is good enough to justify playing Glass in a position that isn’t projected to be his future. Glass is a center. His offensive game is best at center, his defensive game is best at center, and if all goes well, he’s eventually going to become the best center on the Golden Knights. Yet here we are, nine games into the season, and Glass is playing on the wing of a line that’s not producing offense.

In five games, the Eakin-centered third line has not produced a single game in which they consistently look dangerous in the offensive zone. There are flashes from time to time, but in no single game have they recorded more than one scoring chance every two minutes. They aren’t hurting the Golden Knights, but they certainly aren’t helping.

The question I pose today is simple. Is Cody Eakin doing enough as a center to make it worthwhile to stall the development of Cody Glass as an NHL-level center?

My answer is absolutely not, and the longer it goes, the more the Golden Knights will look back and regret it at the end of the year when they head into the playoffs with Glass as one of their four primary centers.