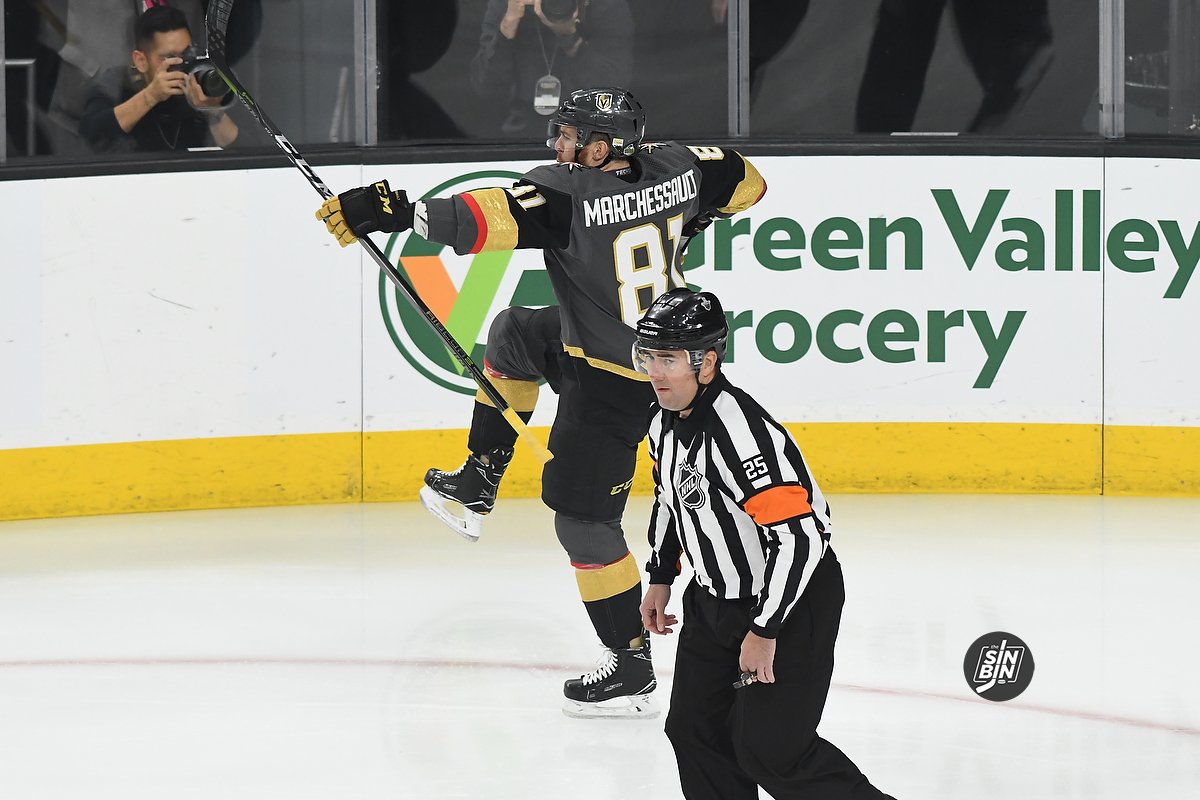 The Ducks coach felt the tempo was a result of neither team playing a real opponent prior to Thursday night’s game.

Probably both teams underestimated the speed of the game. I said it after the first period, the pace in that game is much higher than our intra-squad game. I’m sure Vegas goes through the same thing. You have an intra-squad game, you think the pace is pretty good and then you have another team and the pace is even higher. -Dallas Eakins, Ducks coach

The two teams settled down after an early scoring frenzy and it became a well-defended, well-played game over the next 32 minutes. Vegas’ loaded lineup eventually took control in the 3rd period and it ended up with a multi-goal lead.

They’re going to watch the tape tonight and tomorrow, and try and learn some of our habits and adjust. They’re going to scout us pretty well after that game and definitely come back harder next game. -Max Pacioretty

It’s doubtful tonight’s game gets off to that same high-scoring start, but there will be periods of sloppiness from both sides. It’s only game two of a unique, uncertain season. One thing is for sure, the Golden Knights are expecting a strong effort from the Ducks.