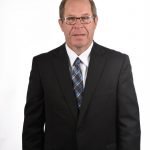 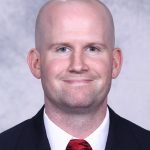 Shirt Off Your Back Recap

DeBoer says there were too many odd-man rushes against last night and said there were a myriad of issues that led to them (bad pinches, forwards not covering, pressing for offense). He thinks it's easily correctable and doesn't foresee it being a long-term problem.

DeBoer said, "we're considering all options" when asked if Hague will draw in tomorrow.

Tea leaves are saying Glass will be left out and Nic Hague will get into the lineup tomorrow.

DeBoer says he thinks the defensemen have dealt very well with the 5D setup but they have to be careful of the minute load they are putting on certain guys.

Tea leaves are saying Glass will be left out and Nic Hague will get into the lineup tomorrow.

VGK working on PP now and Cody Glass is not on either unit. Nic Roy on the 2nd and Tuch up to the 1st.