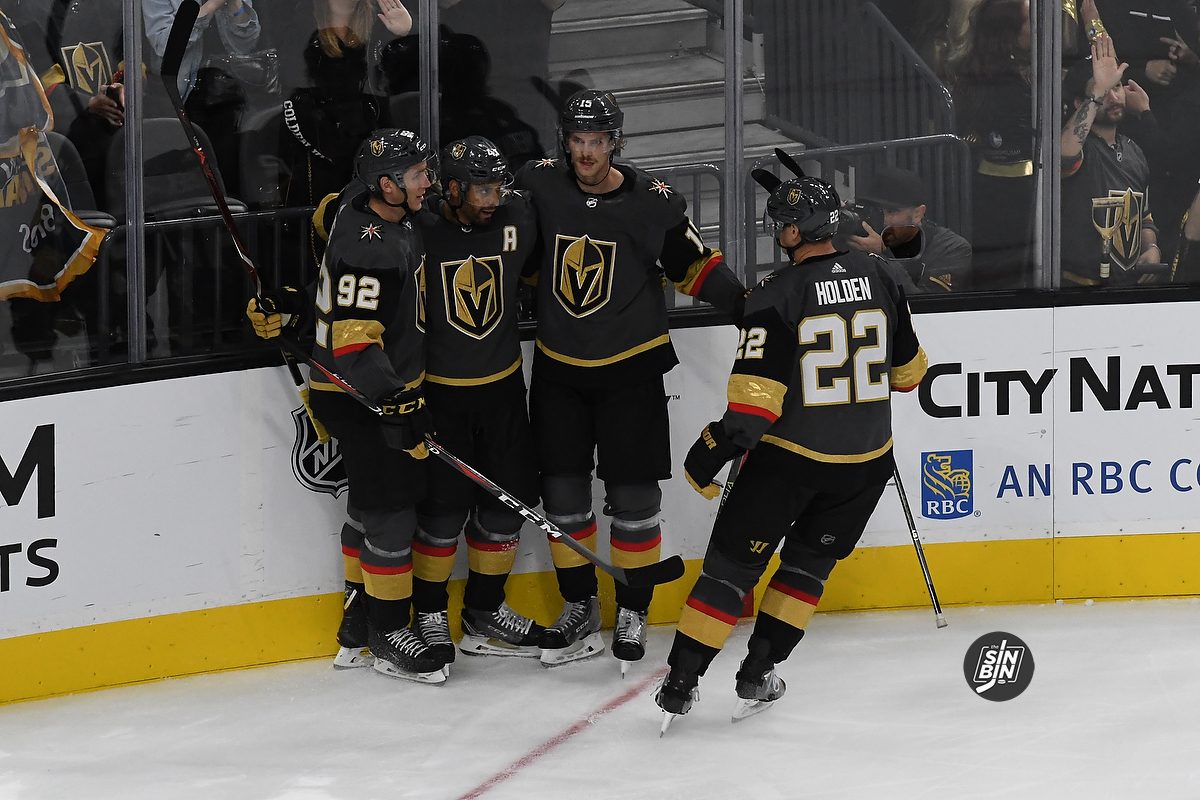 The Golden Knights are now 1-3-0 in their first four games of the season. Two points in four games is not going to make anyone happy. However, there is a bit of a sense that Vegas has been playing a little better than the scores have indicated at times.

Specifically, last night in Washington, the Golden Knights created plenty of goal scoring chances and got bit by the post a few times. To me, it was a well-played game for Vegas on the road against the best team in hockey. On most nights, especially at home, that level of play will win games, even with the few mistakes that were made. One Golden Knight and the Jack Adams award winner agree.

Maybe the score wasn’t relative to the game that was shown. We had a lot of posts, maybe three or four. We had the puck a lot. I thought it was probably one of our better games so far. It’s a good sign. We are getting chances, we are getting pucks to the net. We’re going to score at some point. -Marc-Andre Fleury

I thought we played a real good game 5-on-5, we got lots of scoring chances, their goalie played real well, so I liked a lot of our game but we gave them too many odd-man rushes and too many power plays. -Gerard Gallant

However, that sentiment was not shared by everyone in the locker room.

I don’t think this was our best game. We played like a team with no identity and if we are going to try and trade chances with the Capitals we aren’t going to win. It wasn’t our best and there are some things we can tighten up and I think awareness is something we can do a much better job with. -Reilly Smith

I just think as a whole we aren’t playing our game. We are taking too many penalties. It’s a long year but we have to figure out things quick. Our goal from this road trip is to be a .500 team and when we are playing like this, that’s not going to happen. We definitely have to work some things out and find our game. -Shea Theodore

It’s hard to read those four quotes in succession and believe they are all talking about the same game, a 5-2 defeat on the road. Usually this team is on the same page following a win or loss. They tend to talk about the same team concepts following wins or losses, but last night that was off. That’s not to say either side is incorrect, but usually there’s not this type of stark contrast in answers from the Golden Knights.

They need to be better because they need to start winning, but one has to wonder if the two skaters are being too hard on themselves? Or, are the coach and goalie being too kind to a team that’s now -8 in goal differential through four games and have yet to pick up a real win? (Shootouts are stupid.)

Either way, this team has got to find a way to get back on the same page, and quickly. Luckily, there’s another game tonight, so there won’t be much time spent watching film from what went down on Wednesday. The easiest way back on track is to play a complete game and throttle the Penguins in Pittsburgh. Then everyone will be on the same page for sure, but if they don’t, and especially if they lose, this type of divide is certainly something to keep an eye (or ear) on as the young season continues to roll on. Wouldn’t say it’s an issue at all right now, but if conflicting answers happen frequently, it’s not a good sign.