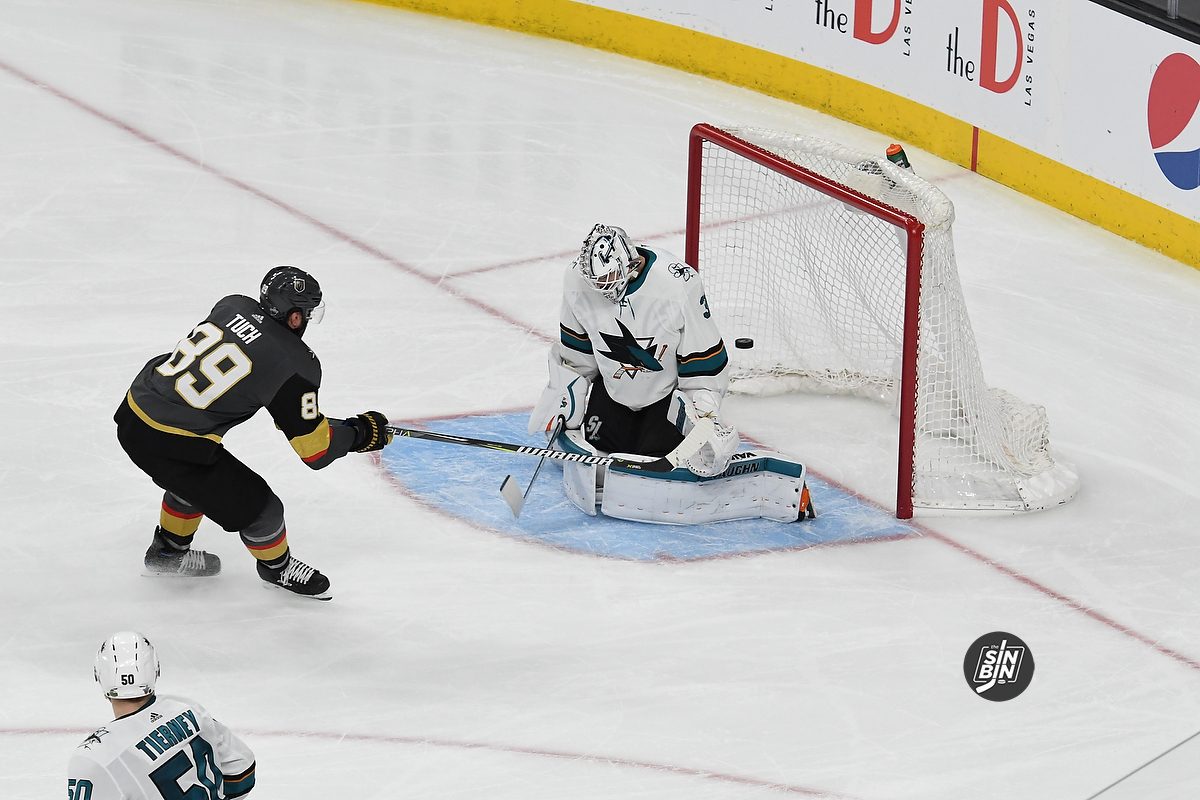 One of the slickest PP goals of the year came against San Jose and it was all Alex. (Photo Credit: SinBin.vegas Photographer Brandon Andreasen)

With Alex Tuch back in the lineup tonight against Vancouver, maybe, just maybe the Golden Knights will start scoring power-play goals. The Golden Knights are just 2 for 24 with the man advantage. That’s not only last in the league in percentage at 8.3% (next closest is Nashville at 9.7%) but it’s also the fewest number of PP goals of any team as well. Not putting any pressure on Tuch, but he kind of needs to be the missing link that completes both PP units.

The difference with Tuch is the lineup is pretty stark.

Tuch added ten power play points last season, and with proper ice time, #89’s numbers should improve. Frankly, for the team’s sake they better. Without Tuch, the current fill-ins of Carpenter, Nosek, and Hyka have combined for one career power play point.

It’ll be interesting to watch how reigning Jack Adams winner Gerard Gallant uses Tuch tonight when the team goes on a power play. The initial plan is to use him on the top line, but the only two goals the Golden Knights have scored have been with Pacioretty on the top unit. How many failed attempts does it take for Gallant to switch it up? Is it one? Two? Ten?