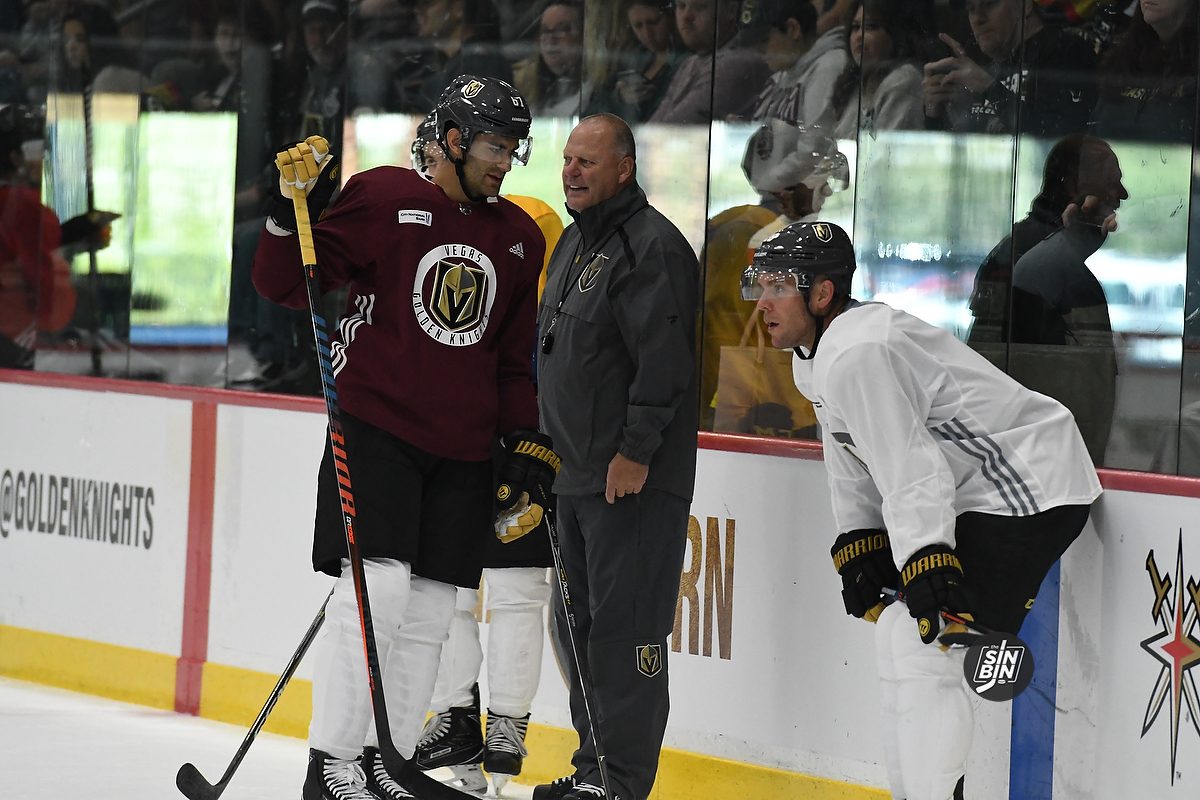 A team that plays a high paced game like we do I think it’s important to do a lot of skating and to do a lot of up-tempo drills so that when it comes to games you are kind of used to that. -Paul Stastny

It’s hard to see any positive in losing the Final, but after a few weeks or months you start to understand what you did right and what you did wrong and make sure you don’t do it again, so there is always something you can take from any negative situation. -Pierre-Edouard Bellemare

(Having a child) is still the best accomplishment we’ve ever done. He’s so cute, it’s impossible to be that cute. He has a hockey stick, he doesn’t know what it is, but he has one. -Bellemare

We had the meeting to go over our systems and it was very very similar to what we did in Montreal. I was able to sit in that meeting and kind of know what to expect. Then I went out on the ice and was able to not think on the first day because I’m so used to our breakouts and our system when we go back for pucks. It’s a system I’ve had a lot of success with and I look to pick up where I left off with it. -Max Pacioretty

It’s important to make sure everyone knows that just because there’s a lot of hype around here it doesn’t mean anything. It starts with what we did in the summer, it starts with what we do today and constantly building as a team on and off the ice to repeat that success from last year and take that next step. -Stastny

First and foremost their unbelievable guys (Stastny and Pacioretty). I’ve been talking to them and I sat next to them at the team dinner and we were cracking jokes and they are just great guys. They’ve been around the block for a while and they’re really experienced and it’ll be fun to be on the same team as them this year and I’m going to try to learn as much as I can from them too. -Alex Tuch

I still think we have some doubters that we won’t do it again, that it was almost like a lucky Cup run. That’s the mentality that we have going in that we still have a lot to prove and we still want to be that elite team that’s making a Cup run and we are all in, all of us are. -Tuch

Just individually try to get better, and having a little internal competition is good. Just keep pushing each other and that ultimately makes all of us better. -Haula

It’s a little bit different (than last year), we’re so comfortable with each other, we’re a really tight group, but I don’t think the prove it mentality is gone and I think that’s really good. We’re still building towards something and we want to be a really good team for a long time. -Haula